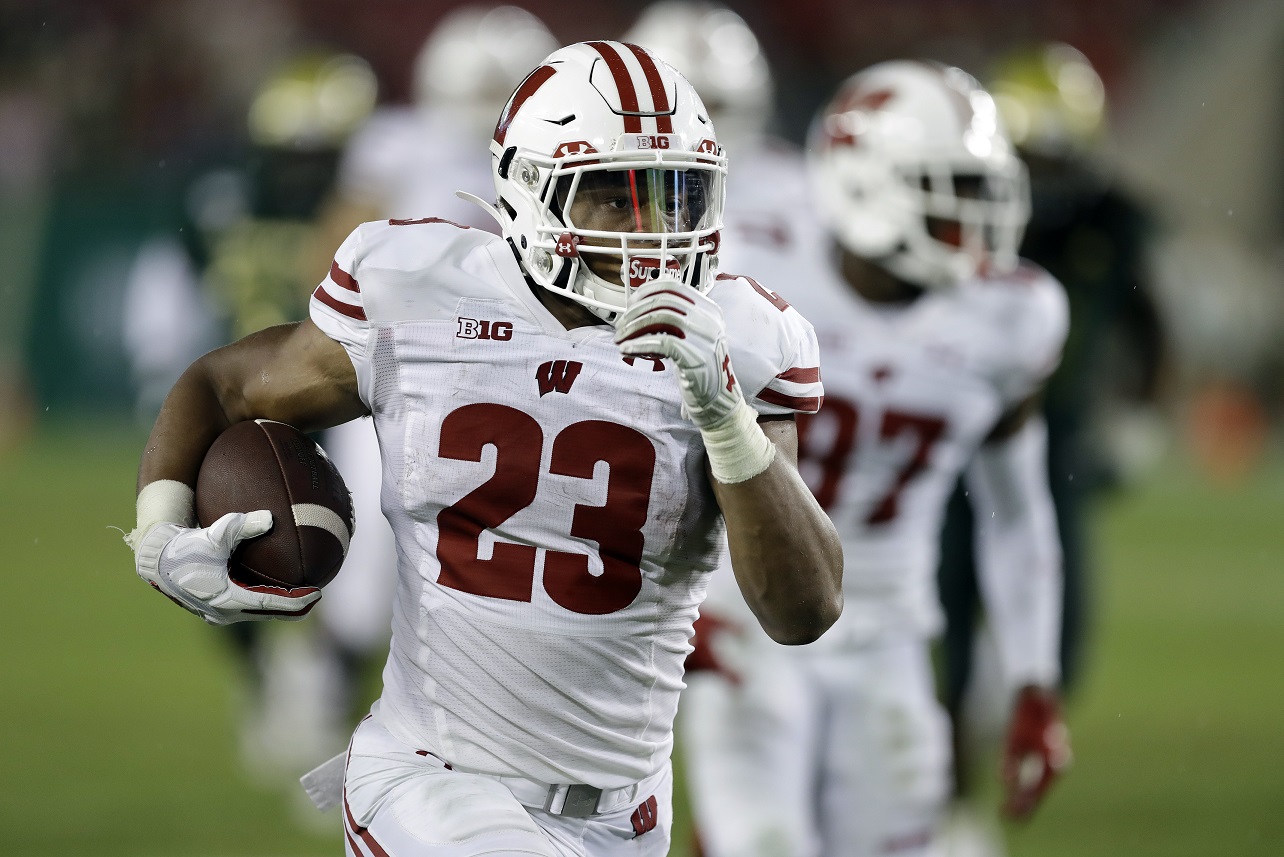 Central Michigan looks to jump start the Jim McElwain era with a big upset over a top-20 program on the road, while Wisconsin wants to dominate for the second straight week and stack up some early style points for the College Football Playoff selection committee.

Central Michigan’s defensive front vs. Wisconsin’s offensive line. The Badgers’ O-line is still ironing out the kinks as it works to replace four starters from a year ago. Though it paved the way for 234 yards on the ground last week at South Florida, the line also allowed 11 tackles for loss and three sacks. How will preseason AP All-American C Tyler Biadasz and company fair against the Chippewas?

Central Michigan: RB Jonathan Ward ran for 158 yards and two scores in a 38-21 win last week against Albany, while QB Quinten Dormady — a graduate transfer who previously played for Houston and Tennessee — had 285 yards through the air and three scores.

Wisconsin: Preseason AP All-American RB Jonathan Taylor had his first two receiving touchdowns of his career last week en route to earning Big Ten Offensive Player of the Week honors for the fifth time in his career. Taylor has had at least 100 rushing yards in 23 of his 28 career games.

The Badgers are 16-4 in nonconference games under coach Paul Chryst and are heavily favorited to win No. 17. Wisconsin’s 49-0 win last week was the program’s most lopsided shutout on the road since 1983. … Central Michigan has already equaled its win total from a season ago. The Chippewas’ only victory last season came against Maine, an FCS program. Central Michigan hasn’t beaten an FBS opponent since topping Northern Illinois in the 2017 regular-season finale.

TOP PHOTO: Wisconsin running back Jonathan Taylor (23) runs for a touchdown against South Florida during the second half of an NCAA college football game Friday, Aug. 30, 2019, in Tampa, Fla. (AP Photo/Chris O’Meara)