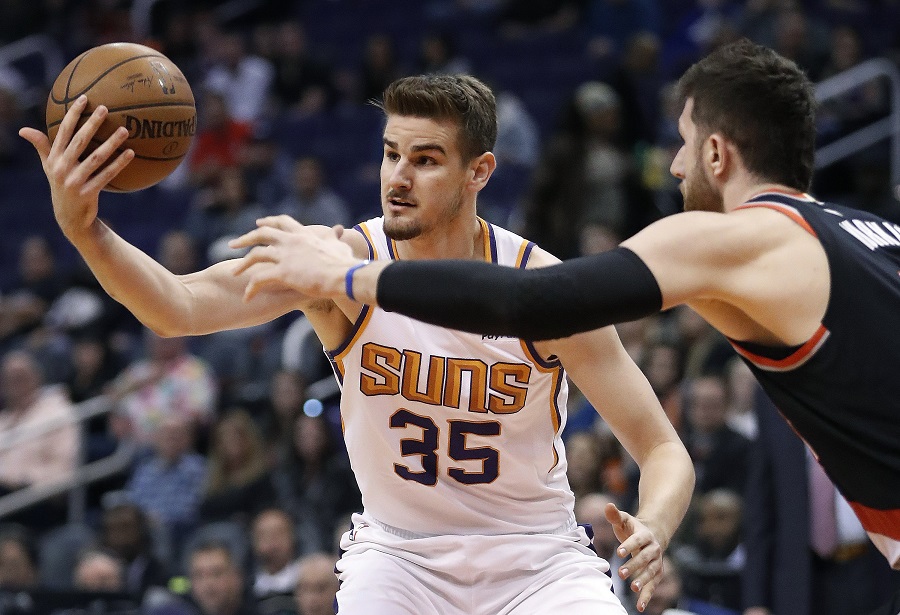 Did the Bucks find Mirotic replacement in Bender?

Did the Bucks find Mirotic replacement in Bender?

The Nikola Mirotic role could be filled for the Milwaukee Bucks.

The team signed stretch-four Dragan Bender to a two-year deal, according to ESPN.

Bender’s been with the Phoenix Suns since they drafted him No. 4 overall three seasons ago, but he just hasn’t worked out on a consistent basis.

Getting into Milwaukee’s system, with an MVP stealing most of the defense’s attention, may just be what the 21-year-old Croatian needs.

Bender’s best season was 2017-18, when he averaged 25.2 minutes a game and shot 36.6 percent from beyond the arc. His minutes, and therefore his numbers do not stand out by any means.

His per-36-minute stats are fairly consistent, minus the jump in 3-point percentage two seasons ago.