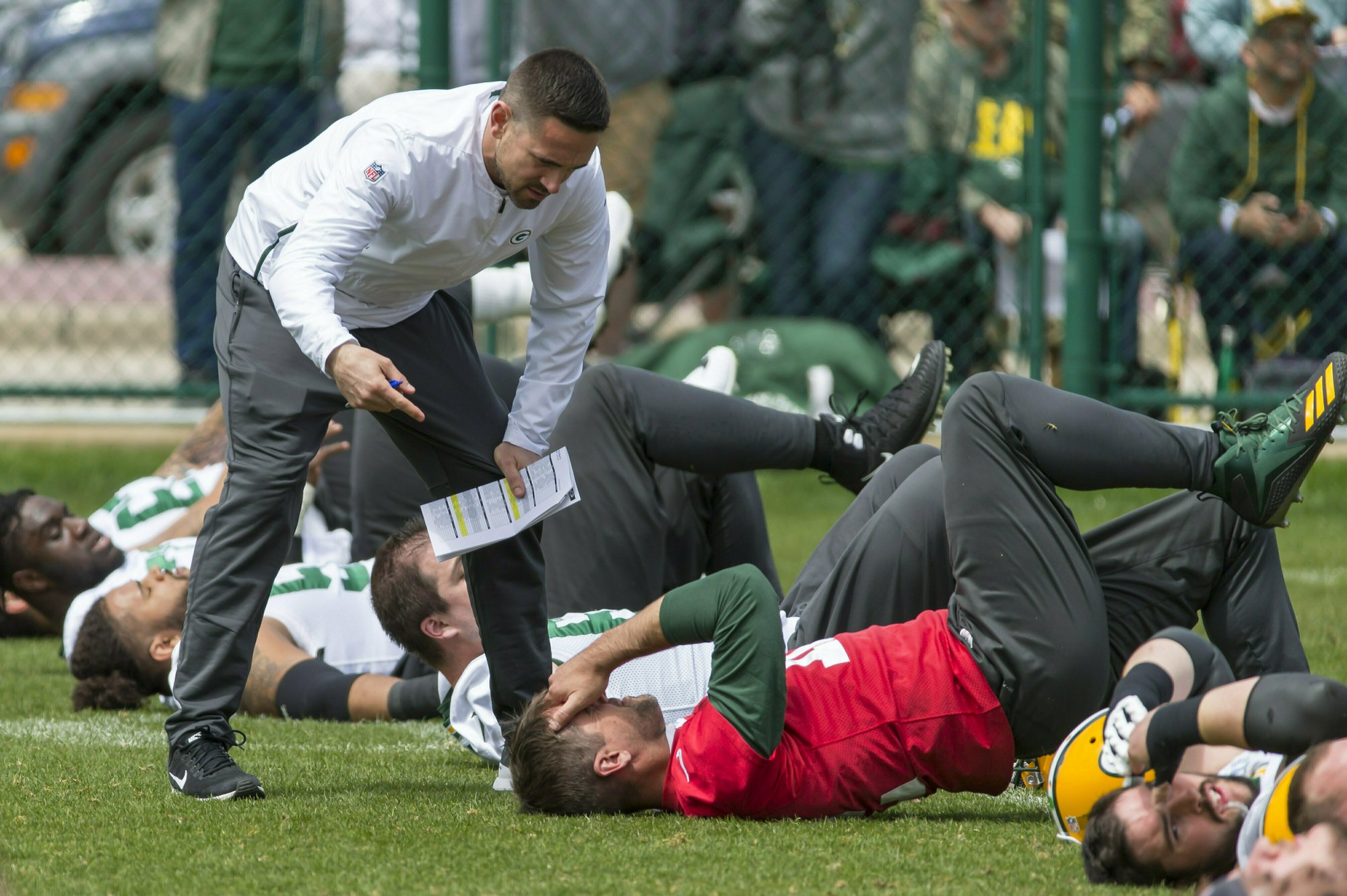 LaFleur said he will continue working to figure out what this team does best before it opens the season Sept. 5 on the road against rival Chicago.

“It’s taking it one day at a time,” he said. “How can we get better each and every day and along the way, again, finding out exactly what our guys do well so we can keep showcasing that and do that to play to our strengths. Because this game is about the players, there’s no doubt.”

In Green Bay, the key player is Aaron Rodgers, who at 34 is just five years younger than his new head coach. LaFleur called the two-time NFL MVP one of the most competitive players he’s ever been around.

“You can see it on a daily basis,” LaFleur said. “It’s not just on the field, it’s in the meeting room, too. I just enjoy our communication. I enjoy the challenge. He’s an extremely intelligent player that has played a lot of ball and you better know what you’re talking about.”

Rodgers threw only two interceptions in 597 pass attempts last season and compiled the second-most passing yards in 11 years as a starter. But his 25 touchdown passes were the fewest of his career when he’s played all 16 games. Wide receiver Randall Cobb, now with Dallas, was sidelined for large part of last season with a hamstring injury.

LaFleur spent last season as offensive coordinator for the Tennessee Titans, his first time calling plays in the NFL. He takes over for Mike McCarthy, who was fired last season following a stunning home loss to Arizona in December as the Packers headed toward a second consecutive year without a playoff berth.

LaFleur said he anticipates rookie safety Darnell Savage being ready for Thursday’s practice, the first of camp. Savage was placed on the non-football illness list Monday after having a dental procedure completed.

“That’s kind of day by day thing to see how he feels,” LaFleur said of the 21st overall pick from Maryland who is well on his way to a starting job next to Adrian Amos.

Former Pro Bowl defensive tackle Mike Daniels is expected to be released after seven seasons with Green Bay, a move that comes after the Packers signed Dean Lowry to a three-year, $20.3 million deal.

“I know he’s meant a lot to this community, this football team,” LaFleur said of Daniels. “I still think he’s a really good player. I wish him well. But we feel really, really good about the group we have.”

Notes: LaFleur is in a walking boot for at least the next couple weeks as he recovers from a ruptured Achilles tendon he suffered in May.

0
0   0
previous Green Bay Packers cut DT Mike Daniels after 7 seasons
next LaFleur: Rodgers to play ‘a quarter or so’ against Ravens
Related Posts