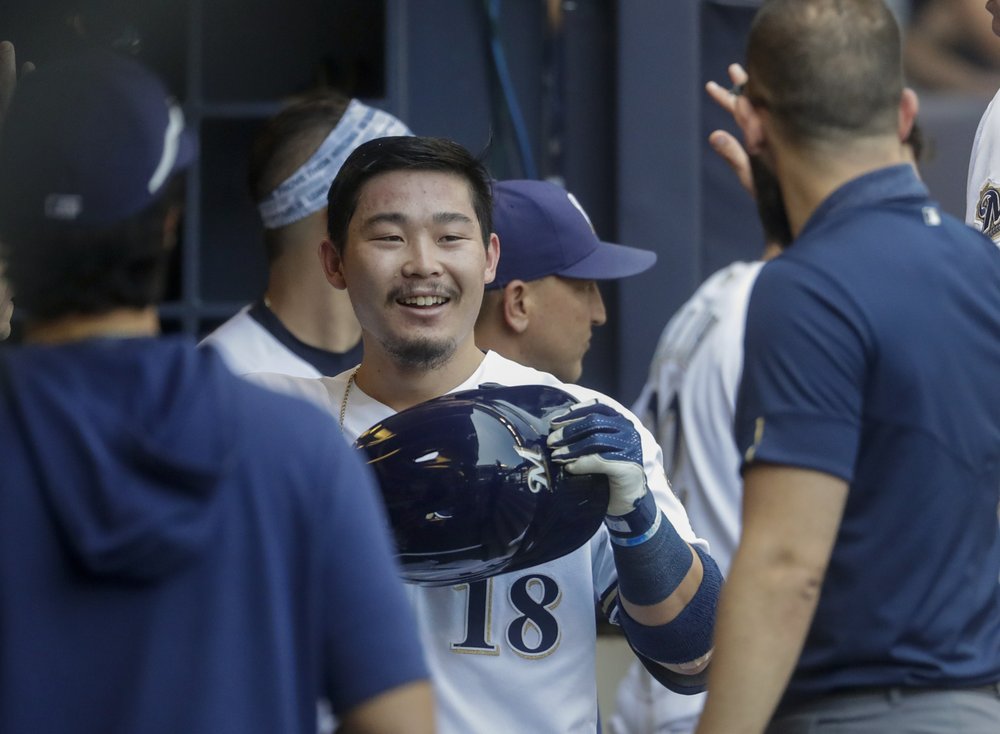 Grandal delivered his two-run single in the fifth, Hader struck out five over two scoreless innings and Freddy Peralta pitched the ninth for his first save as Milwaukee avoided a three-game sweep and ended a five-game skid against Cincinnati.

Josh VanMeter hit his second homer and Joey Votto and Scooter Gennett had RBI hits to help Cincinnati build a 4-2 lead against starter Jhoulys Chacin. Braun kept Milwaukee close with a two-run shot in the first, his 15th homer of the season.

The Brewers rallied in the fifth. Hiura’s solo home run cut the lead to 4-3, and with two on and two out, reliever Amir Garrett walked Christian Yelich to load the bases. Grandal then grounded a 3-2 fastball into left field, scoring two and giving the Brewers a 5-4 lead.

Reds center fielder Nick Senzel led off the game with a single but was replaced by Phillip Ervin. Senzel appeared to be woozy, and the team said he left due to illness. Senzel missed games this season and last season because of migraines or vertigo.

The Brewers received a respite when Eugenio Suárez was given a planned day off, until he entered the game in the eighth. He has homered eight times in 16 games against Milwaukee this season, including two-run home runs in three consecutive at-bats over the first two games of the series. Hader struck him out swinging.

Chacin hasn’t won since April 30. He was pulled after three innings with right ribcage discomfort. Matt Albers (5-3) got one out for the win.

Reds right-hander Lucas Sims (1-1), making his second start of the season and his first since May 28, gave up five runs on three hits in 4 ? innings, including the homers by Braun and Hiura.

Sims made a flashy defensive play in the fifth, diving across the third base line to catch Tyler Saladino’s foul bunt attempt.

Reds: C Juan Graterol was replaced during the third after a foul tip knocked his mask off. A trainer appeared to be examining Graterol’s jaw.

Reds: Luis Castillo (9-3, 2.36 ERA) faces Colorado in Cincinnati on Friday. His ERA is 1.69 over his last four starts. The Rockies hadn’t named a starter.

Brewers: The Brewers had not announced a starter to face the Cubs’ Jose Quintana (8-7, 4.42 ERA) on Friday in Milwaukee.

TOP PHOTO: Milwaukee Brewers’ Keston Hiura is congratulated after hitting a home run during the fifth inning of a baseball game against the Cincinnati Reds Wednesday, July 24, 2019, in Milwaukee. (AP Photo/Morry Gash)