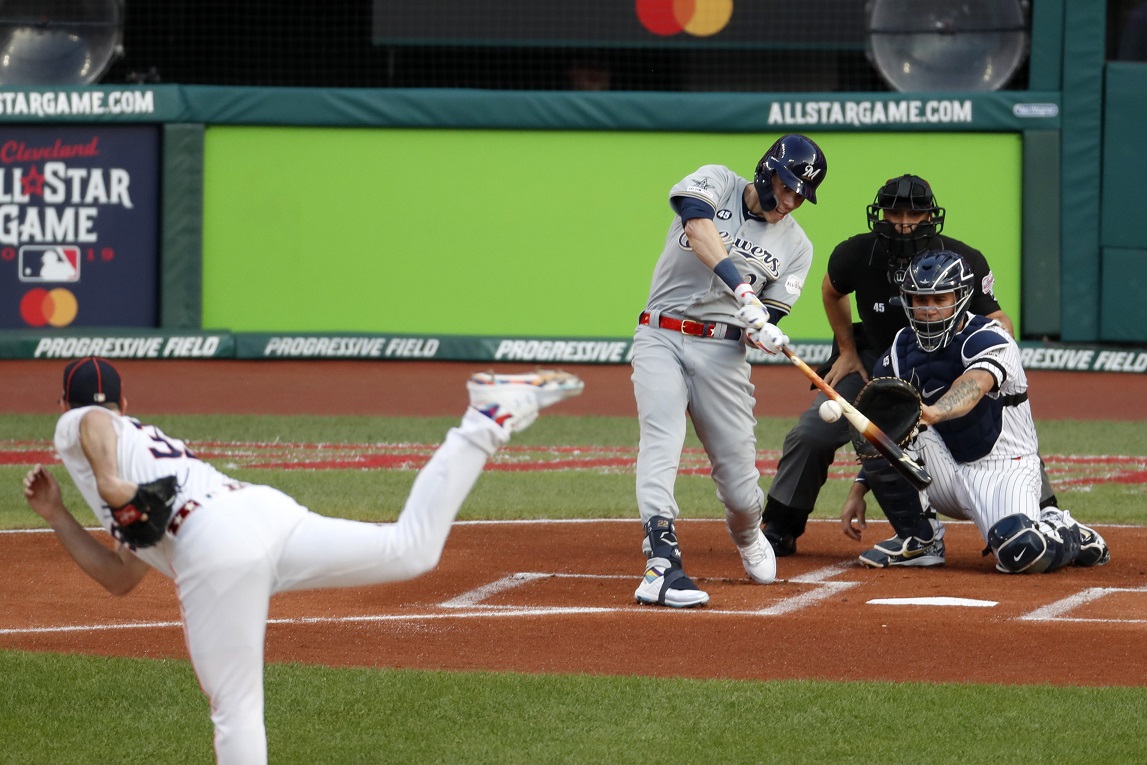 CLEVELAND — It wasn’t a memorable night for Milwaukee Brewers in the All-Star game.

Josh Hader didn’t play. Christian Yelich went 0-for-2 with a strikeout. Mike Moustakas was 0-for-2, including a chance to tie or take the lead in the eighth inning. Brandon Woodruff pitched a somewhat forgettable ⅔ an inning. And Yasmani Grandal ended the game.

The Brewers were, however, involved in quite a few decisive sequences.

The highlight for Milwaukee was Grandal getting a walk and scoring. He, however, finished 0-for-1 — that “1,” a strikeout, that ended the game.

The outcome of the game changed with Woodruff on the mound.

Heading into the bottom of the seventh, down 2-1, the 26-year-old gave up a leadoff walk, then a single. Xander Bogaerts came in to pinch hit and Woodruff got him to ground into a double play, but not before giving up a run.

Woodruff was then pulled for San Francisco Giants closer Will Smith, who immediately gave up a solo home run to Joey Gallo, giving the AL a 4-1 lead.

The NL got one back when Pete Alonso knocked in Grandal — who walked — and David Dahl on a single with two outs in the eighth.

Alonso and Dahl then managed a double steal, putting the tying and winning runs in scoring position for Moustakas.

The 30-year-old, however, fouled out to the catcher on a 3-1 count to Detroit Tigers closer Shane Green.

The game ended with Grandal swinging on a 3-2 count to Aroldis Chapman, who stuck out the side for the save.

TOP PHOTO: National League Christian Yelich, of the Milwaukee Brewers, lines out during the first inning of the MLB baseball All-Star Game against the American League, Tuesday, July 9, 2019, in Cleveland. (AP Photo/Ron Schwane)