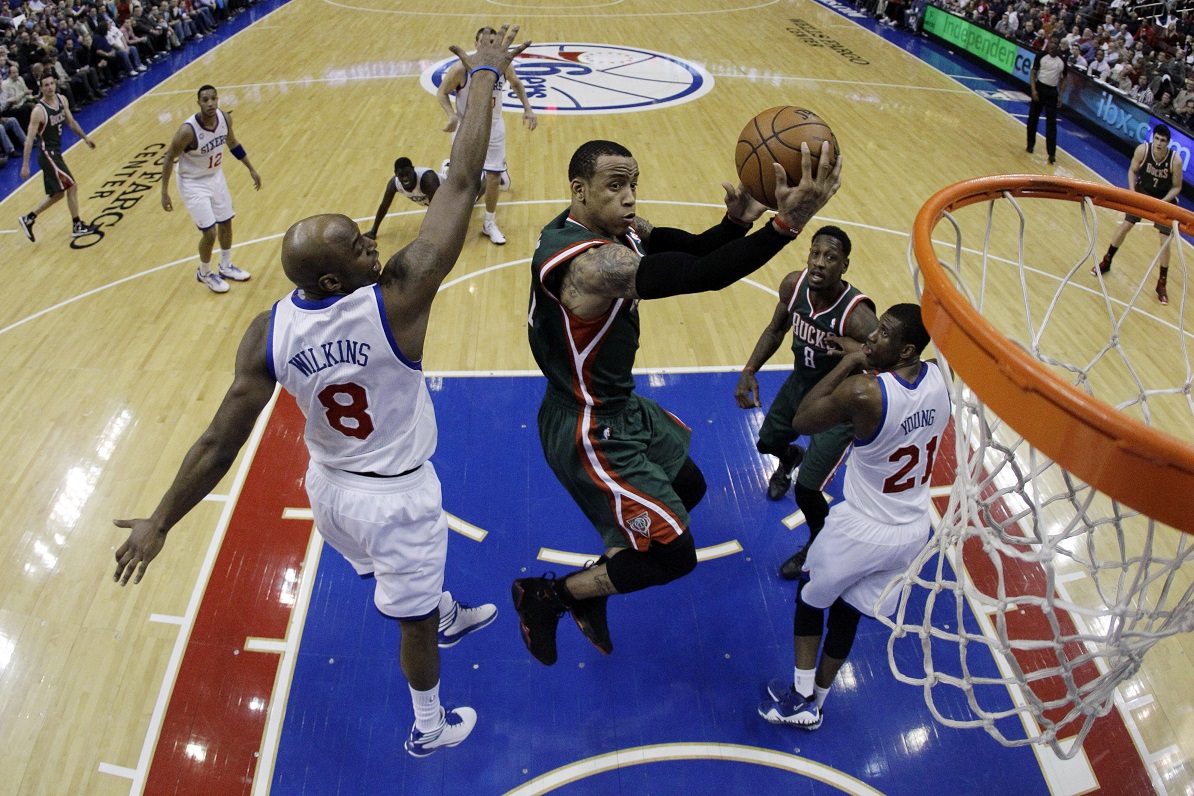 Monta Ellis is trying to make a comeback and it could be with the Milwaukee Bucks.

You could call Ellis a hero for Milwaukee — and the Bucks heroes for Golden State.

It was Ellis and Brandon Jennings that led the Bucks to a 38-44 record during the 2012-13 season, and the 15th pick in the 2013 draft — a pick that landed Giannis Antetokounmpo.

It was the Ellis trade to Milwaukee in the 2011-12 season that led the unleashing of Steph Curry.

Now, Ellis and Amar’e Stoudemire are taking part in private workouts in Las Vegas, while summer league goes down. The Bucks are among the 12 teams working the two out, according to Yahoo! Sports.

Stoudemire’s peak in the NBA was with the Steve Nash “7 Seconds or Less” Phoenix Suns — where coach Mike D’Antoni’s philosophy was to get a shot 7 seconds into the offense.

During his eight years in Phoenix, Stoudemire averaged 21.4 points, 8.9 boards and 1.4 blocks.