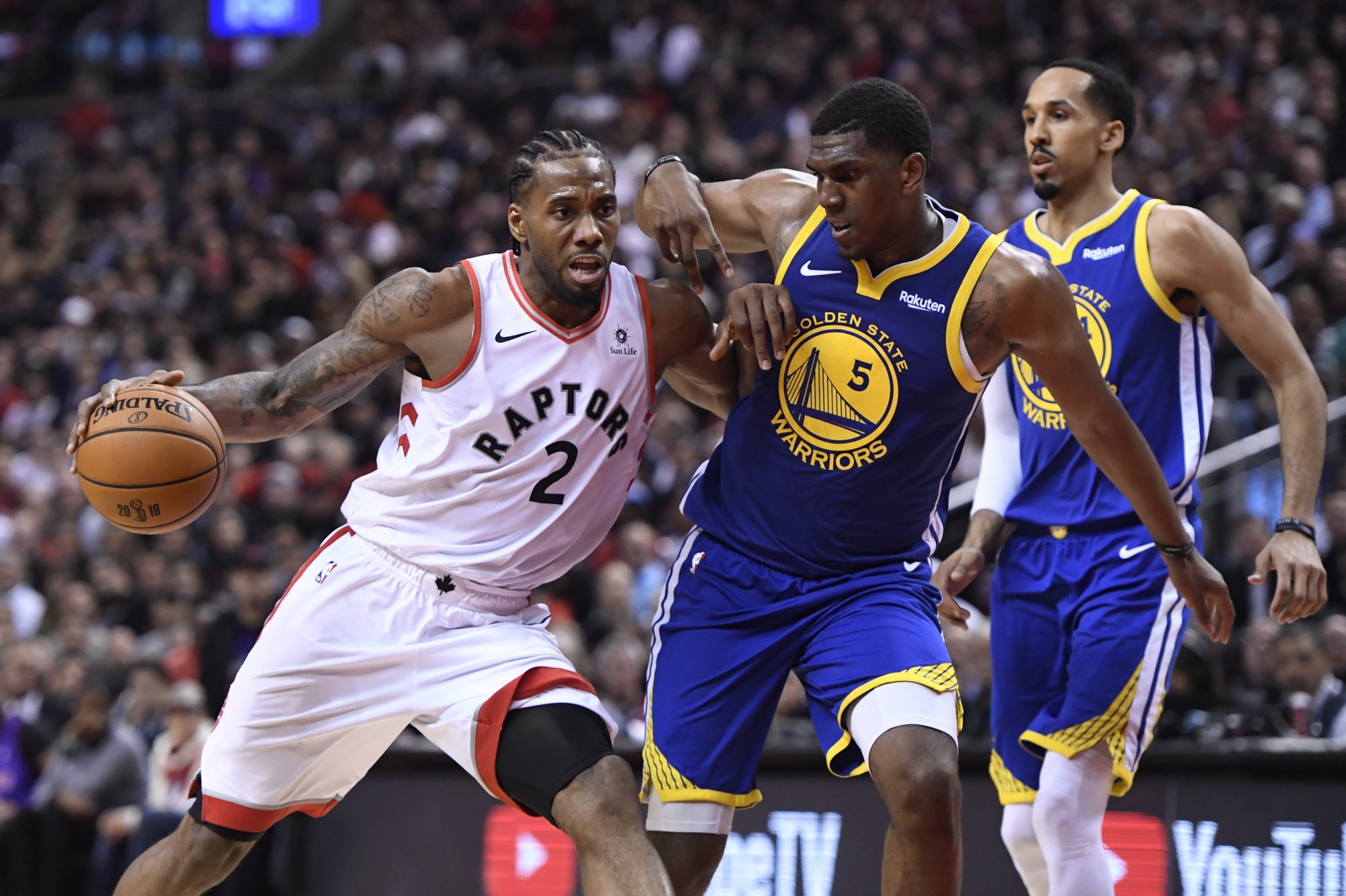 Analysis: It’s a new day in the NBA, and a welcomed change

Analysis: It’s a new day in the NBA, and a welcomed change

LAS VEGAS (AP) — There is no favorite.

This is what the NBA wanted. And needed.

Welcome to a new NBA. If you think the Clippers can win it all next season, or the Lakers, or Utah, or Philadelphia, or Milwaukee, or Houston, or Denver, or even Golden State and maybe a few others, you’re right.

Technically, there is a favorite: The sports books in Las Vegas, after hearing the news that Kawhi Leonard and Paul George are heading to the Clippers, listed them as the best bet Saturday to win the 2020 NBA championship. Yes, the Clippers. A team that has won exactly four playoff series since moving to Los Angeles in 1984. A team that had 12 consecutive losing seasons a generation ago.

There wasn’t much NBA intrigue at this time last year. The Warriors were adding DeMarcus Cousins to a team that won the last two championships and were seemingly locks to win a third consecutive title.

Everyone knows it didn’t work out that way.

Toronto took care of that. It was just more proof that what seems obvious at this time of year doesn’t always come to fruition.

This year, though, the newfound balance of power — dare we say “parity” — seems like a done deal. The East still has a 60-win team in Milwaukee returning the reigning MVP in Giannis Antetokounmpo and shooting guard Khris Middleton, so the Bucks may be the favorite right now on that side of the league. Philadelphia lost JJ Redick and Jimmy Butler, adding Josh Richardson and Al Horford to a team that looks to be dominant defensively. No one will count out Boston, because of Brad Stevens and now Kemba Walker.

Miami got better even after losing Dwyane Wade with the addition of Butler — and the Heat might throw their hat in the ring if Russell Westbrook is indeed available following the George trade to the Clippers. Brooklyn gets Kyrie Irving this season and now knows it’ll be adding Kevin Durant next season, once he returns from his Achilles rehab. Atlanta’s young core may be the most promising in the NBA.

And let’s not forget the East also has the reigning NBA champion Raptors, albeit without Leonard and Danny Green.)

The Clippers kept Patrick Beverley, have an amazingly talented bench led by Lou Williams, a coach everybody wants to play for in Doc Rivers and now gets two of the very best players in the game with Leonard and George. The Lakers still have James, added Anthony Davis, kept JaVale McGee and Rajon Rondo, signed DeMarcus Cousins and Green — and might be in the market for another shooter.

Portland went to the West final last season and have an elite backcourt in Damian Lillard and CJ McCollum. Utah had a brilliant summer, giving Donovan Mitchell more good players like Mike Conley to surround himself with. Houston still has James Harden and Chris Paul. Dallas figures to be better if Kristaps Porzingis is healthy to run alongside Luka Doncic.

The Lakers are almost certainly coming for someone’s playoff spot out West. Same goes for the Heat in the East. And before long, New Orleans with Zion Williamson and David Griffin at the controls, Atlanta with that core led by Trae Young and Kevin Huerter, potentially Memphis with the Ja Morant era set to begin, it’ll be their turn at the playoff table.

It’s been a top-heavy league for a long time. Only five different franchises have represented the West in the NBA Finals over the last 20 years. In the East, it’s five over the last 15 years.

Right now, the odds-makers in Vegas are predicting next June it’ll be Clippers vs. Bucks.

A couple days ago the Lakers were the betting favorites.

A new day is here in the NBA.

Tim Reynolds is a national basketball writer for The Associated Press. Write to him at treynolds@ap.org

0
0   0
previous Analysis: Point guards are getting valued, and rightly so
next NBA’s Silver says changes to rules on draft trades possible
Related Posts