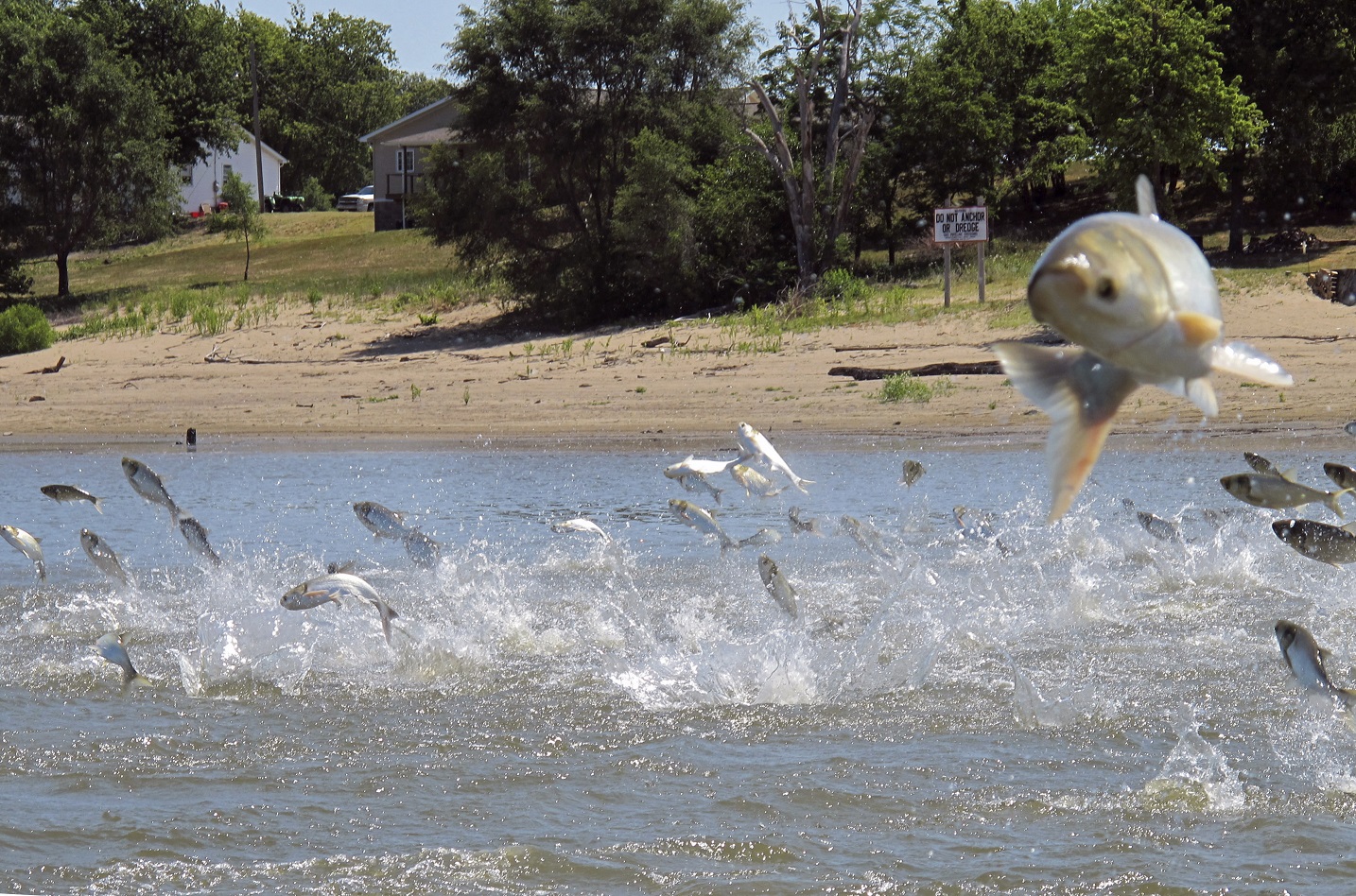 They will share information and team up to investigate suspected violations, including possession and transport of banned exotic species such as Asian carp . An organization representing the region’s governors and premiers announced Monday that all the jurisdictions have signed onto the deal.

More than 180 non-native species have been introduced into the Great Lakes and the St. Lawrence River. They compete with native species and damage sport and commercial fishing, tourism and recreation.

TOP PHOTO: AP FILE – In this June 13, 2012, file photo, Asian carp, jolted by an electric current from a research boat, jump from the Illinois River near Havana, Ill. Outgoing Illinois Gov. Bruce Rauner has rejected Michigan’s offer of $8 million to help support a project to keep invasive carp from establishing themselves in the Great Lakes. Rauner, a Republican, said in a letter in Dec. 2018 to term-limited Gov. Rick Snyder that Michigan’s offer to support operations and maintenance at the Brandon Road Lock and Dam near Joliet, Ill., “isn’t of much use” until after the improvement project there is completed in 10 years. (AP Photo/John Flesher, File)