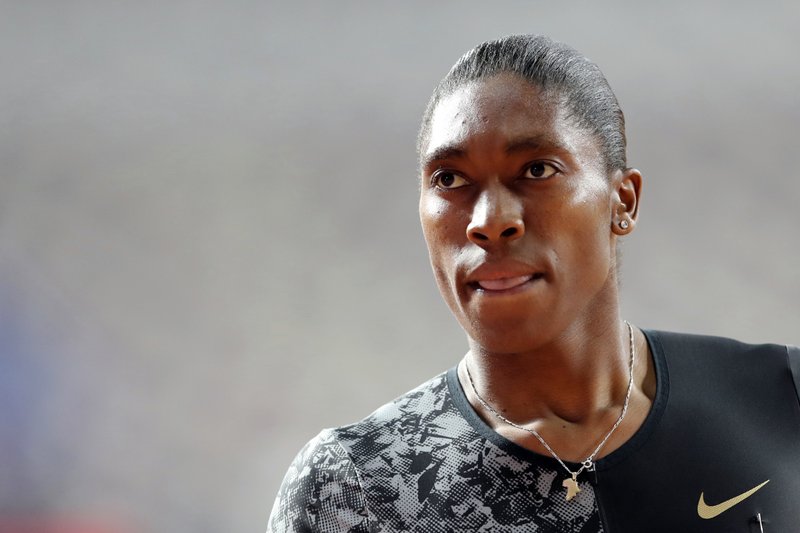 IAAF argued in court that Semenya is ‘biologically male’

IAAF argued in court that Semenya is ‘biologically male’

The governing body of track argued that Caster Semenya is “biologically male” and that is the reason she should reduce her natural testosterone to be allowed to compete in female competitions, according to documents released publicly by sport’s highest court for the first time on Tuesday.

The IAAF’s stance on Semenya and other female athletes affected by its new testosterone regulations was revealed in a 163-page decision from the Switzerland-based Court of Arbitration for Sport, where the South African runner took on the IAAF over its highly contentious hormone rules in a closed-doors five-day hearing in February. CAS released only excerpts of the final decision when it was announced last month.

Tuesday’s fuller court records, which were still partially redacted, show the IAAF referred to the two-time Olympic 800-meter champion as one of a number of “biologically male athletes with female gender identities.”

In witness statements to the court, Semenya responded to the assertion by saying that being described as biologically male “hurts more than I can put in words.”

Semenya told the court she was unable to express the depth of hurt and insult she felt at the IAAF “telling me that I am not a woman.”

The IAAF won the case at CAS by a 2-1 majority of the panel of judges, allowing it to implement testosterone limits for Semenya and other female athletes who it says were born with typical male chromosome patterns.

At least two other athletes, Francine Niyonsaba of Burundi and Margaret Wambui of Kenya, have said they are also affected by the new rules. They also have railed against the regulations and criticized the IAAF.

Semenya, who has been legally identified as female her whole life, appealed the CAS verdict to Switzerland’s supreme court on human rights grounds. She won an interim ruling to temporarily suspend the hormone regulations.

The dispute between the 28-year-old Semenya, who is also a three-time world champion, and the IAAF is viewed as the most complex and controversial that sport has faced in years.

The IAAF says Semenya is one of a number of female athletes born with a “differences of sex disorder” and the typical male XY chromosome pattern, giving them male levels of the hormone testosterone after puberty and therefore an unfair athletic advantage over other female athletes.

To be allowed to compete under the rules, Semenya and other affected athletes must medically reduce their testosterone to below a specific threshold set by the IAAF. The rules only apply to races from 400 meters to one mile.

Semenya has refused to take medication to alter what she calls her natural form.

Tuesday’s documents shone a light on some of the runner’s experiences in a bitter 10-year battle with track and field authorities, experiences which she hasn’t spoken about publicly.

Testifying to the court, Semenya said she had been subjected to gender verification tests by South African track authorities in the buildup to the 2009 world championships without being told or understanding the nature of the tests. She was 18 at the time and preparing for her first major competition.

Then, after her breakthrough victory at those world championships in Berlin, Germany, Semenya said she was taken to a German hospital where the IAAF conducted another gender test on her. Semenya testified that the IAAF did not ask the then-teenager if she wanted to undergo the test.

“It was an order by the IAAF which I had no choice but to comply with,” Semenya testified, according to the CAS documents.

She described her first major championships and speculation over her gender as “the most profound and humiliating experience of my life.” She said her treatment was “atrocious and humiliating.”

Semenya also described a five-year period from 2010-15 where she reluctantly agreed take testosterone suppressants under a previous version of the IAAF’s rules because her career depended on it.

She said the IAAF, which didn’t introduce its first set of testosterone regulations until 2011, used her as a “lab rat” as it experimented with hormone-reducing medication.

TOP FILE PHOTO – In this Friday, May 3, 2019 file photo, South Africa’s Caster Semenya competes in the women’s 800-meter final during the Diamond League in Doha, Qatar. The governing body of track argued in court that Caster Semenya is “biologically male” and that is the reason she should reduce her natural testosterone to be allowed to compete in female competitions. The IAAF’s stance on Semenya and other female athletes affected by its testosterone regulations was revealed in a 163-page decision from the Court of Arbitration for Sport that was released publicly for the first time on Tuesday, June 18, 2019. (AP Photo/Kamran Jebreili, file)