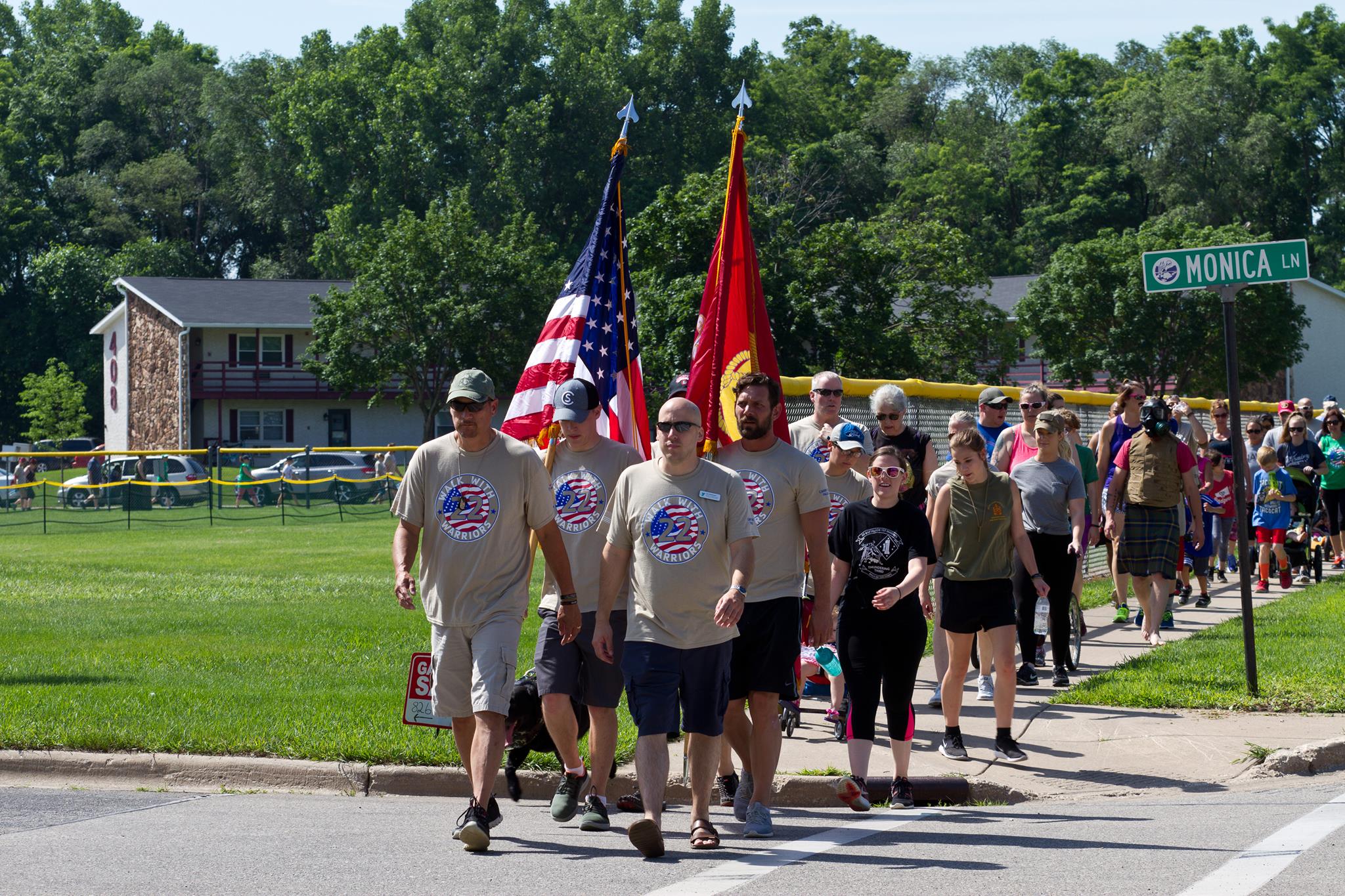 WALK WITH WARRIORS: Bringing vets together and helping raise awareness for mental health

WALK WITH WARRIORS: Bringing vets together and helping raise awareness for mental health

It was a number that almost seemed impossible to believe — 22.

Three veterans at the Onalaska YMCA saw that number and decided to bring more attention to it.

The number 22 represents how many veterans take their own lives every day.

So, five years ago, veterans Carl Klubertanz, Christopher Matt and Lee Walraven at the Y started Walk with Warriors.

It was much different then than it is now, though the event — which is free to the public, includes a gift and begins at 10 a.m. Saturday at the Onalaska American Legion — is still meant to bring awareness to veterans’ mental health

The first two years, it was a 22-mile walk — they went from the Onalaska Y to the La Crosse one — done in groups of four, sharing the carrying of a 160-pound rucksack.

Klubertanz, who served six years active duty in the army — including a year in Iraq and another in Korea — working on Apache helicopters, explained that a typical squad consists of five and there are a lot of “rough marches,” he said.

So, in doing the walk, the group of four mimicked a squad, while the rucksack represented the fifth member, who had committed suicide.

“That’s where we came up with the idea for the 160-pound rucksack,” Klubertanz said, adding it took about eight hours. “The four of us would carry the fallen veteran that committed suicide on this walk.”

The walk wasn’t meant to be easy. And Klubertanz admitted it was not.

“Towards the end, we started getting tired so anybody who wanted to carry it would carry it,” he said. “But we made it the whole way with the ruck.”

After that first year, they switched to four, 40-pound rucksacks. The third year, they changed the walk completely, simply to get more people involved to better raise awareness.

“People liked it,” he said of the idea behind a 22-mile walk, carrying a fallen soldier, “but it was a little challenging.”

The last two years, Walk with Warriors has been all-inclusive — men, women, kids and pets are welcome. No more 22 miles. No more 160-pound rucksack. It’s now a 2.2-mile walk that starts and ends at the Onalaska American Legion, where Neil Merritt has been instrumental in growing the event.

Klubertanz said they had about 22 people do the walk that first year and around 30 the next. Changing to 2.2 miles has helped the event grow even more. Two years ago it was over 100. Last year, over 500.

This year, as of late last week, 400 were signed up with even more expected to register on Saturday. The first 800 will receive a free t-shirt. Others could end up with a dog bandanna.

Part of the event is to help raise awareness for mental health but another part is to help connect veterans with one another and others if they seek help getting treatment.

Klubertanz added that Matt runs a program at the YMCA called Wellness Warriors, in partnership with the La Crosse Vet Center. There, veterans can sign up, get a 12-week family membership for free and work alongside other vets with a personal trainer.

Upon completion of the 8- to 10-week program, the group finishes with an exciting trip — such as a canoe outing. They’re also starting an all-female group.

To sign up for the Walk with Warriors event, click here, otherwise head to the Onalaska American Legion and register before the start (though you may not get a free t-shirt or dog bandanna). You can also check out the Facebook event page for updates here.