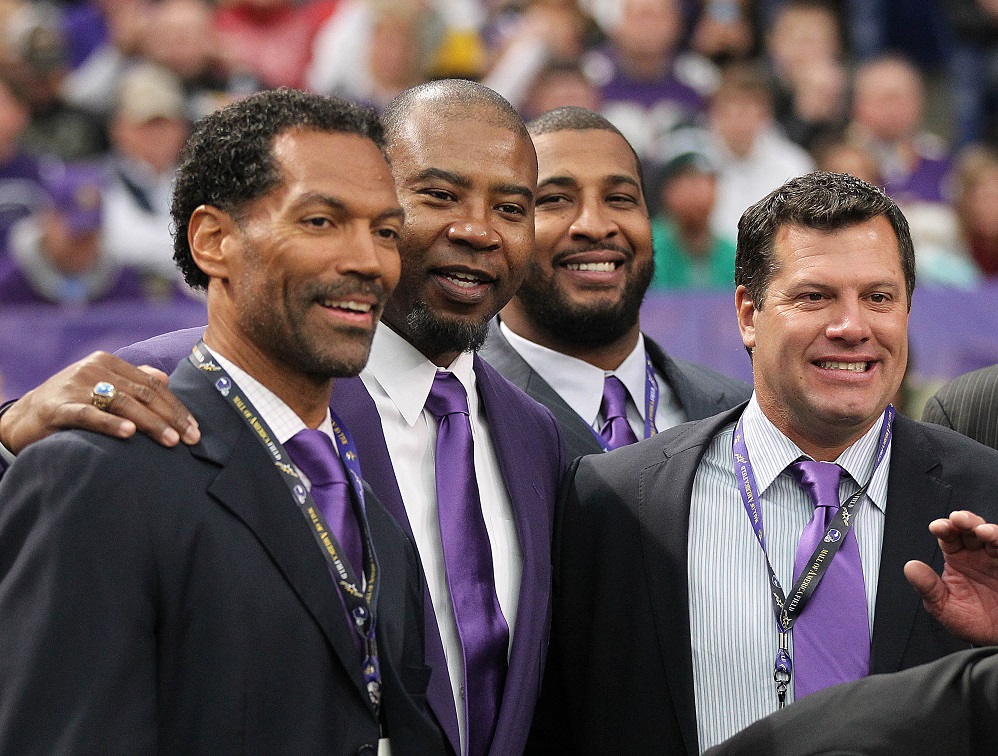 EAGAN, Minn. (AP) — The Minnesota Vikings will make former tight end Steve Jordan the 25th member of their Ring of Honor this season.

The ceremony will be Oct. 24, at halftime of Minnesota’s game against Washington. Jordan, a seventh-round draft pick out of Brown who played all 13 of his NFL seasons with the Vikings from 1982-94, is third in franchise history with 498 receptions behind Cris Carter and Randy Moss. Jordan went to six straight Pro Bowls from 1986-91, leading all tight ends in the league during that span in receptions and yards.

Jordan received the news Wednesday from Vikings executive Kevin Warren, just before a scheduled pep talk to players before practice.

AP FILE PHOTO (TOP) — Former Minnesota Vikings players, from left, Steve Jordan, Chris Doleman, Daunte Culpepper and Ryan Longwell pose for a photo before a ceremony honoring the All Mall of America Field team during half time of an NFL football game between the Vikings and the Philadelphia Eagles, Sunday, Dec. 15, 2013, in Minneapolis. (AP Photo/Andy King)