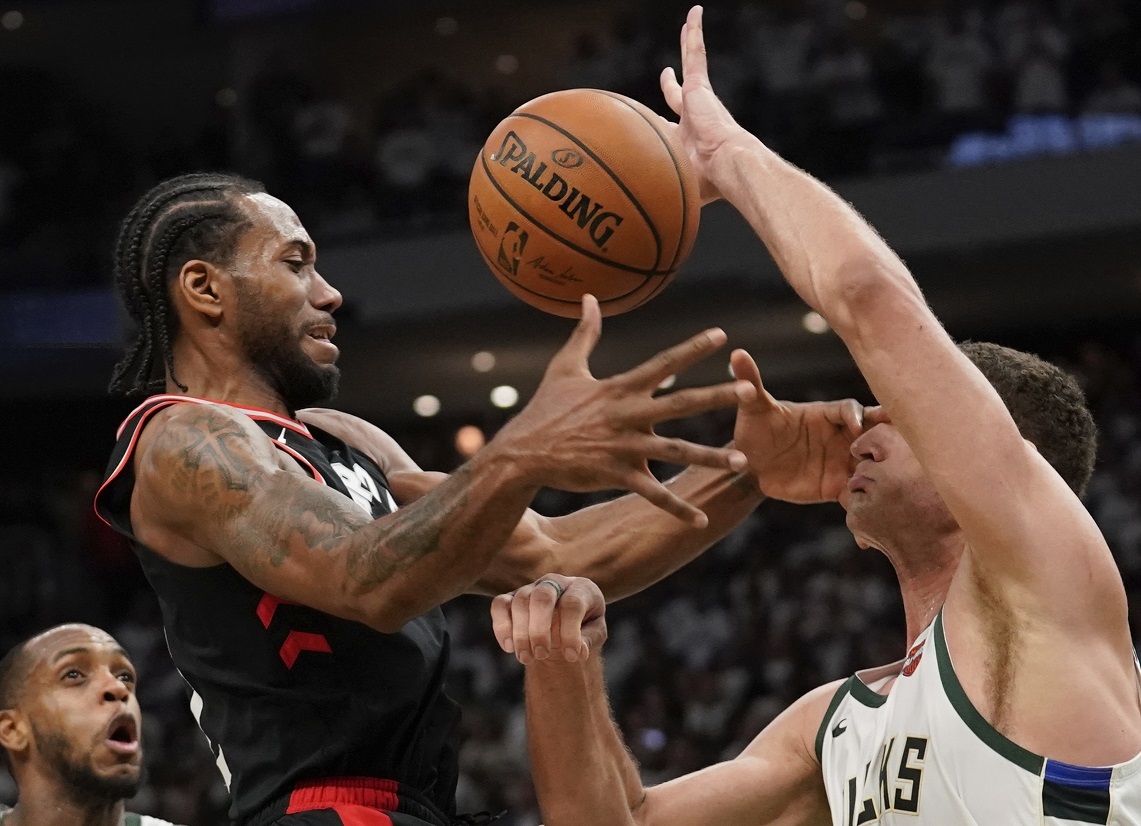 Some quick observations from the Milwaukee Bucks 108-100 win over the Toronto Raptors in Game 1 of the Eastern Conference Finals.

BUCKS — Brook Lopez
• The Bucks were down 83-76 to start fourth quarter.
• Milwaukee went on 8-0 run to open the frame, started by 27- and 29-foot 3-pointers from Brook Lopez.
• With 2:20 left in game, the Bucks were down 100-99 when Khris Middleton found Lopez for a dunk and the lead.
• Ten seconds later, Giannis Antetokounmpo found Lopez for his third 3-pointer of the fourth quarter, putting the Bucks up 104-100. They never trailed again.
• Lopez was 3-for-5 from deep in the fourth. He was 1-for-6 before that.
• For his career, Lopez has averaged 6.9 rebounds per game.
• This season, the 31-year-old averaged 4.9.
• Wednesday, he had 11 rebounds — four in the fourth quarter (or one below his season average).
• Lopez had four blocks. Two of those … well, read below.