Home NEWS Bucks blow out Celtics, headed back to the East Finals for 1st time since 2001 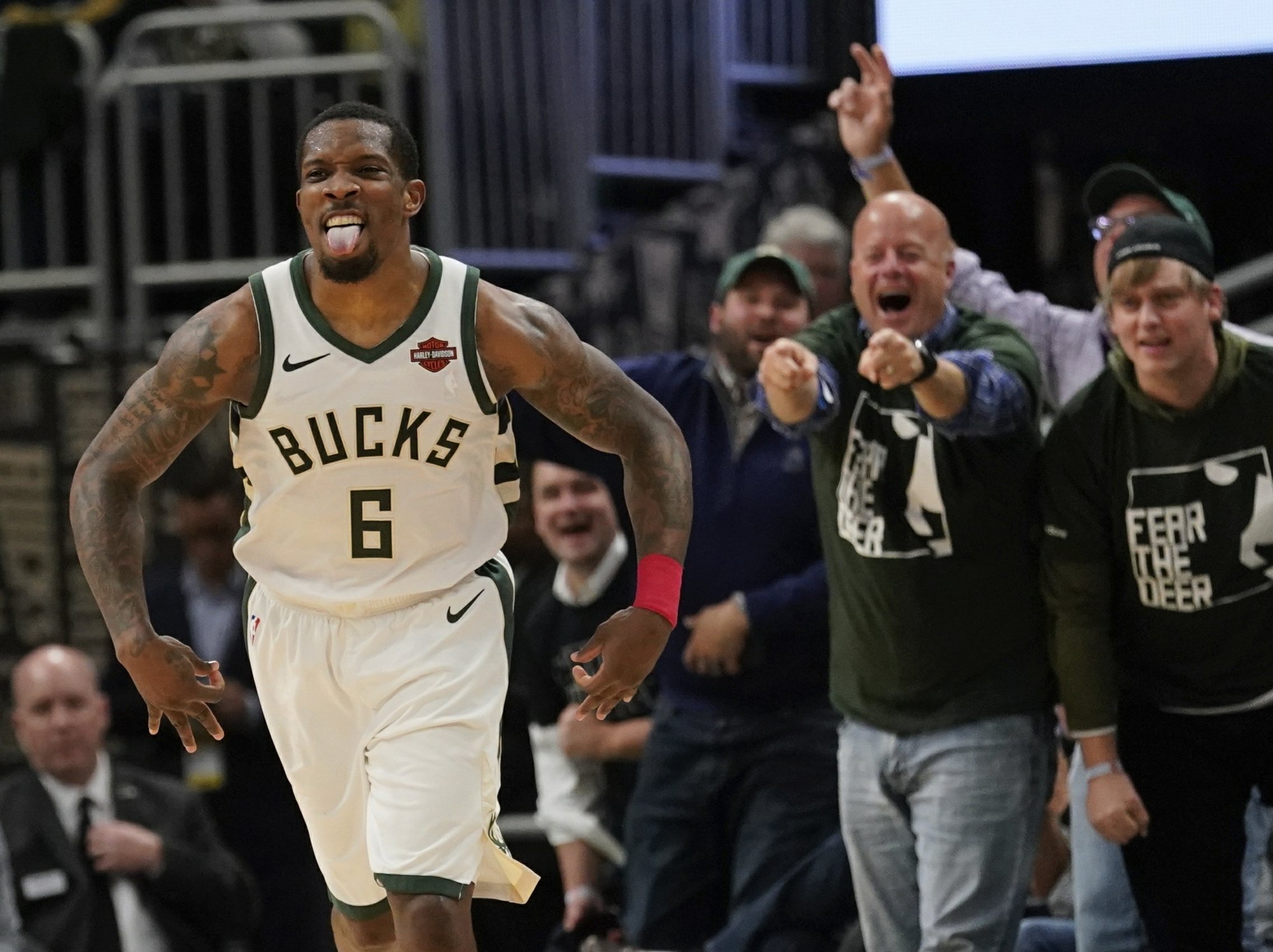 Bucks blow out Celtics, headed back to the East Finals for 1st time since 2001

Bucks blow out Celtics, headed back to the East Finals for 1st time since 2001

MILWAUKEE (AP) — Giannis Antetokounmpo had 20 points, eight rebounds and eight assists, and the Milwaukee Bucks routed the Boston Celtics 116-91 on Wednesday night to advance to the Eastern Conference final.

The top-seeded Bucks placed seven players in double figures in their fourth straight win after dropping the series opener. Khris Middleton had 19 points and eight rebounds, and Eric Bledsoe finished with 18 points.

Next up for the Bucks is the winner of the Philadelphia-Toronto series. The Raptors are up 3-2 heading into Game 6 on Thursday night.

Kyrie Irving scored 15 points for Boston, which shot 31.2% from the field. Jayson Tatum and Marcus Morris each had 14.

The Celtics clamped down on Antetokounmpo for most of the game, but Middleton, Bledsoe, George Hill and Nikola Mirotic picked up the scoring to help rob the game of any drama in the final minutes.

Hill finished with 16 points, and Mirotic had 10 points and 11 rebounds. Malcolm Brogdon also had 10 points in his return to the lineup after being sidelined by plantar fasciitis.

Antetokounmpo picked up his third foul when Jaylen Brown drove to the hoop early in the second half, but he stayed in the game. He stole an Irving pass and slammed it home to make it 65-52 with 6:45 left in the third quarter.

Antetokounmpo, one of the front-runners for NBA MVP, closed out the period with consecutive baskets, including a finger-roll layup that gave the Bucks an 80-62 lead.

Irving went 6 for 21 from the field in what might have been his final game with Boston. He is eligible for free agency in the offseason, and his future is one of the major questions facing the Celtics this summer.

Irving’s only 3-pointer of the night trimmed Milwaukee’s lead to 38-32 with 2:51 left in the second quarter. But Brogdon and Mirotic each connected from long range to help the Bucks to a 52-39 lead at the break.

Brogdon hadn’t played since March 15. He also had four assists and three rebounds.

Celtics: Marcus Smart was shaken up after Milwaukee’s Brook Lopez fell on his legs after blocking his shot. Both exchanged pats on the back after Smart got up.

Milwaukee gets some rest before the start of the Eastern Conference final.