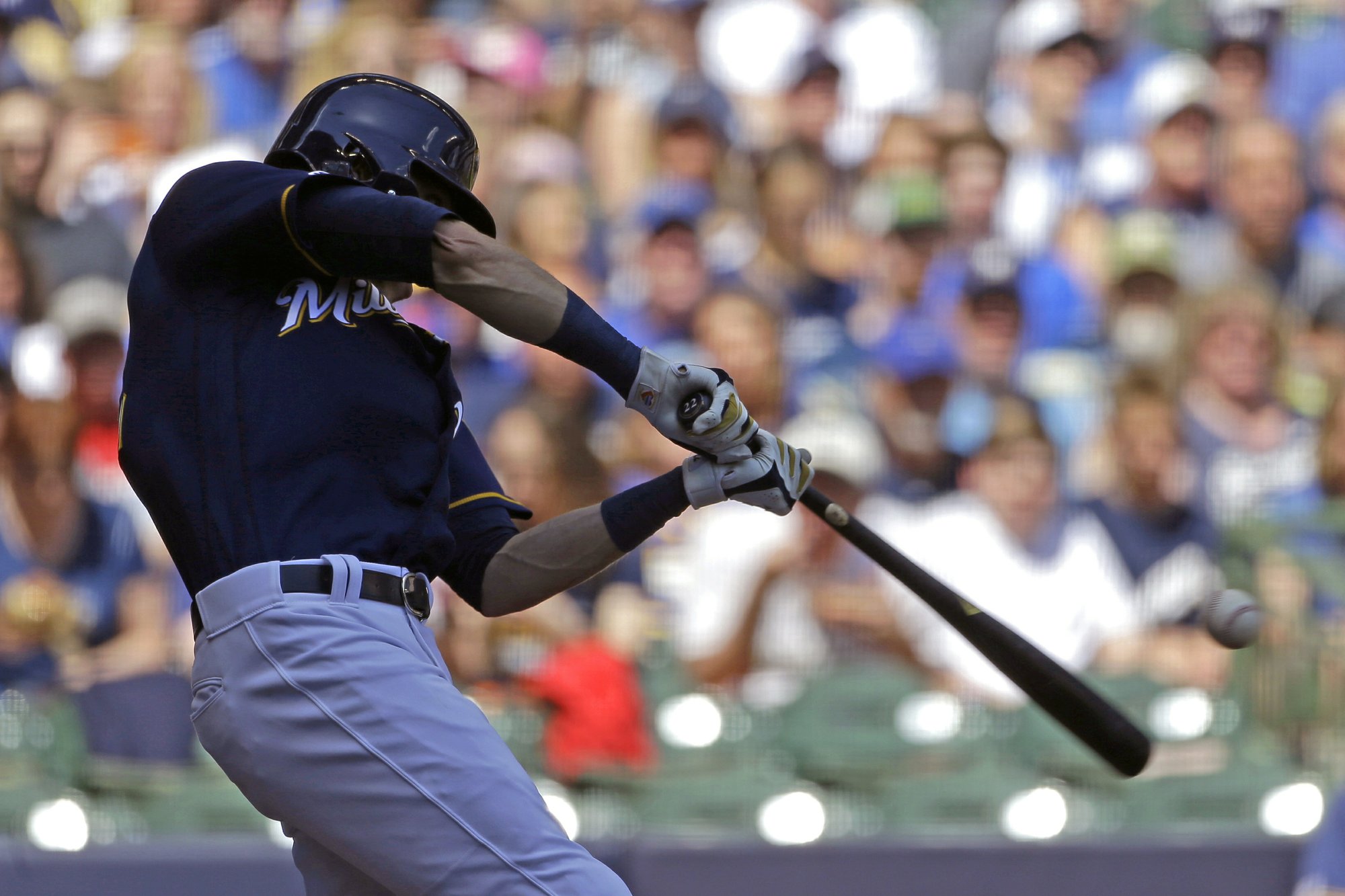 MILWAUKEE (AP) — After a stellar start to the season, being benched with a sore back began to test Christian Yelich’s patience.

Yelich eagerly returned to the Milwaukee lineup on Sunday, hitting his 15th homer, a towering 440-foot shot that caromed off the third deck in right field at Miller Park as the Brewers slipped past the New York Mets 3-2 for a sweep of their three-game series.

“I got it pretty good,” Yelich said. “It was nice to be back for sure.”

The teams were coming off an 18-inning game on Saturday night, the longest in Miller Park history, that lasted 5 hours, 22 minutes.

Yelich, the NL MVP, was back in the starting lineup after missing five consecutive games with low back soreness. He lined out as a pinch-hitter in the 10th inning of Saturday’s marathon game.

“I want to be out there, for sure, but I understand that you have to take your time, make sure it’s all good and not lose sight of the bigger picture,” Yelich said.

Yelich’s homer off Jason Vargas (1-2) gave Milwaukee a 3-0 lead in the third inning. The Brewers had scored the game’s first run earlier in the inning on Lorenzo Cain’s sacrifice fly.

With its bullpen depleted, the Brewers got a much-needed performance from starter Zach Davies (4-0), who gave up six hits and two runs in 7 2/3 innings while throwing a season-high 118 pitches.

“Zach delivered as much as we possibly could have expected,” manager Craig Counsell said.

Davies had a plan that he hoped would take pressure off the rest of the staff.

“It was about getting quick outs, get deep in the ball game,” Davies said.

Josh Hader struck out the side in the ninth for his ninth save.

The Mets got a run in the fifth on Tomas Nido’s run-scoring single and added another in the seventh when Juan Lagares hit a two-out, solo home run off Davies.

Vargas gave up three hits and three runs in four innings but left for a pinch-hitter in the fifth after experiencing mild hamstring tightness.

“He had a lot of pitches left. It is just unfortunate,” Mets’ manager Mickey Calloway said.

Both teams made moves to replenish their bullpens. The Brewers selected RHP Burch Smith from Triple-A San Antonio and optioned RHP Taylor Williams, who pitched four innings and was the winning pitcher on Saturday, to San Antonio. The Brewers also designated RHP Jay Jackson for assignment.

The Mets optioned LHP Ryan O’Rourke and RHP Chris Flexen to Triple-A Syracuse and recalled RHP Tim Peterson and RHP Tyler Bashlor from there. Flexen took the loss in Saturday’s game after surrendering the game-winning hit to Ryan Braun in the 18th.

Mets: LHP Steven Matz has been sent back to New York to have a forearm nerve issue examined, Callaway said. “He wasn’t able to throw his bullpen today,” he said. “We figured we better go get it checked out.” .INF Jed Lowrie, out since opening day with a left knee capsule strain, had one hit in four at-bats in a rehab assignment with Syracuse on Sunday.

Brewers: Cain left the game in the sixth after being hit on the left hand by a pitch from reliever Tim Peterson. Cain was diagnosed with a contusion. X-rays were negative. Counsell said he planned to give Cain the day off on Monday. … RHP Jimmy Nelson, who has been out since having shoulder surgery in September 2017, pitched in a rehab outing at San Antonio on Sunday. He surrendered two runs and three hits in 3 1/3 innings with four walks and three strikeouts. … RHP Aaron Wilkerson (left foot injury) is expected to pitch in a rehab assignment for San Antonio on Tuesday.

In addition to getting hit by a pitch, Cain also had the wind knocked out of him when he crashed into the center-field wall earlier in the inning after making a running grab of Pete Alonso’s liner. “Was just trying to make a play,” Cain said. “Got a read on it, got a good jump and was able to run it down.” Cain’s fielding prowess continues to impress his teammates. “Someone needs to give him a Gold Glove. Anybody. Somebody,” Yelich said. “That was a good one. He hit the wall full speed, and people think because there’s a pad on it, it doesn’t hurt very much. It hurts a lot. He had a tough 15 minutes there.”

Brewers: RHP Jhoulys Chacin (3-3, 5.24) will make his eighth start of the season as Milwaukee opens a three-game series at home against Washington. Chacin is 5-2 with a 2.88 ERA in 10 career starts against the Nationals.