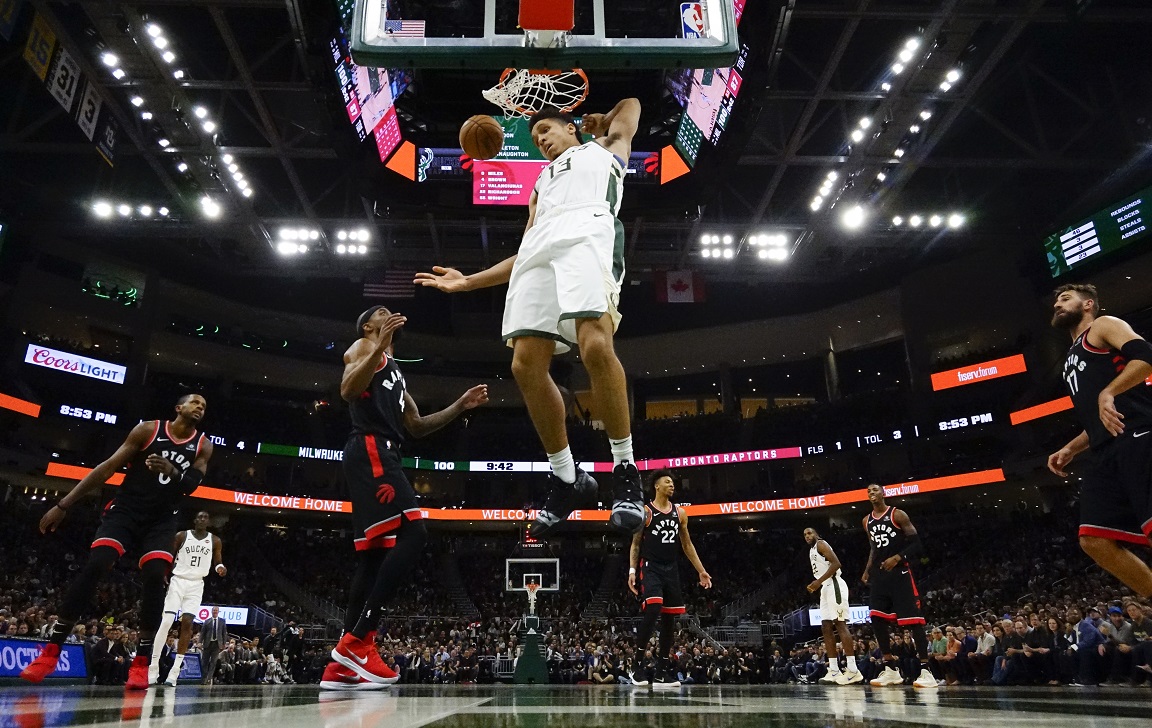 Brogdon out, Smart could play, as Bucks look to go up 3-1 at The Garden

Brogdon out, Smart could play, as Bucks look to go up 3-1 at The Garden

BOSTON — Last season, neither team won on the road.

The first-round playoff matchup between the Milwaukee Bucks and Boston Celtics went seven games and the home team won them all.

Milwaukee will have to do it, again, without guard Malcolm Brogdon. Coach Mike Budenholzer said the 26-year-old “continues to make progress, but he is out for Game 4,” because of a plantar fascia tear in his right foot that happened in mid-March.

Meanwhile, the news gets worse for Milwaukee. Celtics guard Marcus Smart has been cleared for contact. The 25-year-old lockdown defender said he’s hopeful to play Monday.

Heading into Friday, Boston was 12-1 at home in the playoffs, including the four it took to eliminate the Bucks last season.

Milwaukee tarnished that record with a 123-116 Game 3 win — the Bucks led by 17 with just under five minutes to play.

Giannis Antetokounmpo had 32 points, 13 rebounds, eight assists, three blocks and two steals. He shot 8 of 13 from the field and 16-for-22 from the line.

The Bucks finished 24-for-36 from the line, while Boston shot 30 of 32 but managed to complain that Antetokounmpo got all the calls.

Kyrie Irving scored 29 to lead the Celtics but, again, was terrible from the field, going 8 of 22. He’s shooting 38.6 percent from the field in the series, to go with 3.7 turnovers per game.