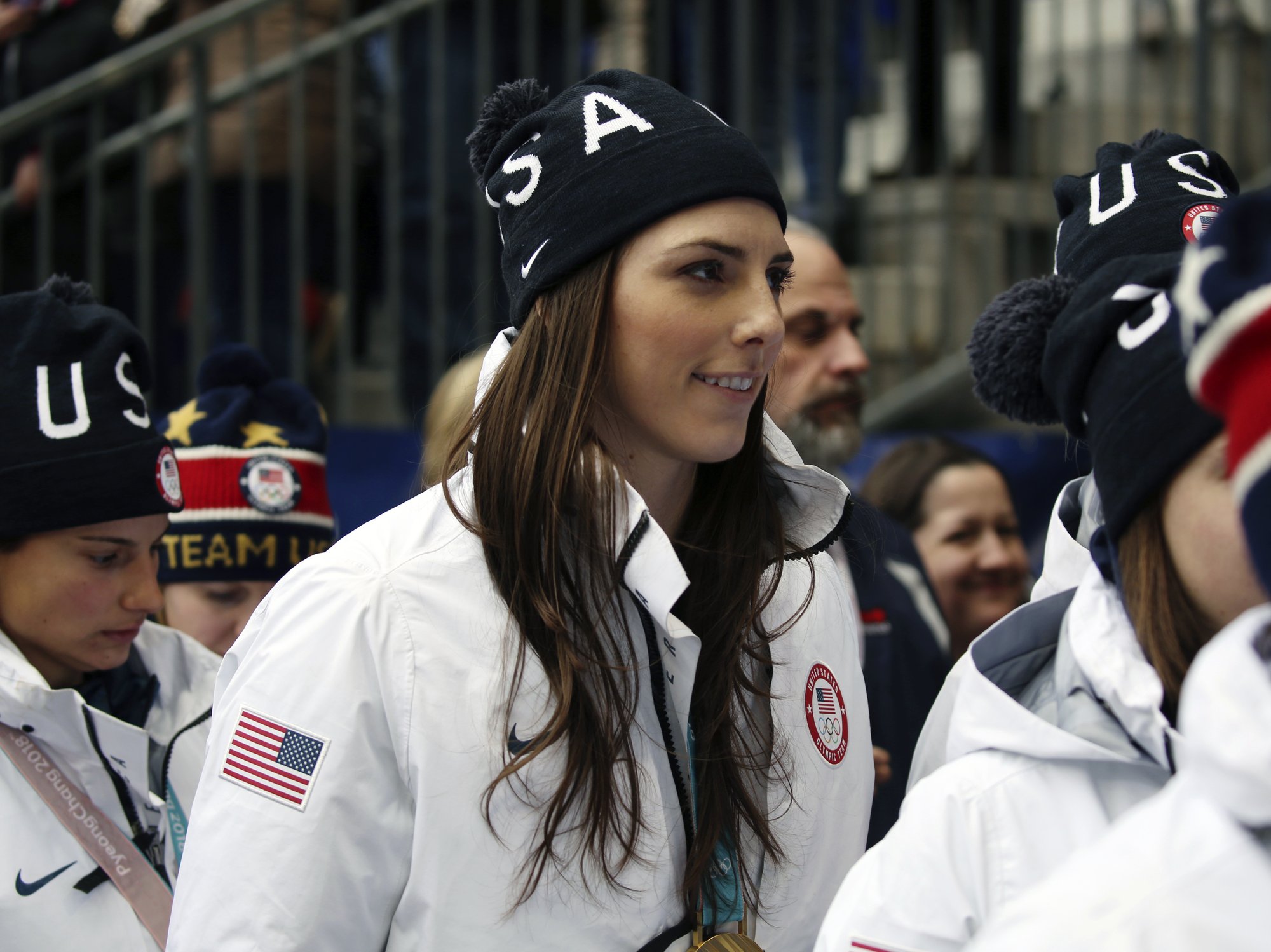 Female players to sit out in bid for viable hockey league

Female players to sit out in bid for viable hockey league

Hilary Knight would rather risk missing a year of playing meaningful hockey than settle for the status quo.

The star American forward is among more than 200 of the world’s top female players who announced Thursday that they will not play professional hockey in North America at all this year in a bold attempt to establish a single, economically viable professional league.

“Worst case is we just fall back into pedaling around the current leagues that we have. That would be unfortunate, and I don’t think that’s going to happen,” Knight told The Associated Press. “But we have a chance to create a better future. We have a chance to build, to continue to be pioneers in our sport, and we’re going to take that opportunity.”

The decision for Knight was an easy one, given what she and the players have gone through over the past three years.

The players announced their decision on social media in a strikingly unified effort that came together in less than a month. The group includes stars such as American Kendall Coyne Schofield, Canadian national team goalie Shannon Szabados and Finnish goalie Noora Räty, with all expressing their dissatisfaction with the current state of the sport while demanding a say in establishing a league.

“Now we’re at a spot where a place to play is not enough. We should be demanding more than that, and we are now,” goalie and CWHL Players’ Association co-chair Liz Knox said. “We shouldn’t be having to buy our own stick tape. It’s insane some of the things we’ve become complacent in because we’re so thankful just to play hockey.”

The players cited obstacles they’ve had to contend with, including being paid as little as $2,000 a year, travel woes and paying for their own health insurance. Members of the national teams get stipend money for USA Hockey and Hockey Canada, plus occasional sponsorships, but the vast majority of the 200 players hold traditional jobs to make ends meet.

“We may have represented different teams, leagues and countries — but this is one family. And the time is now for this family to unite,” their statement read. “This is the moment we’ve been waiting for — our moment to come together and say we deserve more.”

The decision is an immediate threat to the NWHL, a five-team league that is the only current option in North America after the demise of the CWHL, which had six teams in the U.S., Canada and China.

The NWHL, however, said it planned to push forward with its fifth season this October and would offer salary increases and a “50-50 revenue split from league-level sponsorships and media rights deals.” The NWHL statement did not mention its earlier plans to expand into Toronto and Montreal next season.

All eyes were also on the NHL, which has provided modest financial support to both the CWHL and NWHL but steered clear of throwing its full support behind a women’s league as the NBA has done with the WNBA.

Deputy Commissioner Bill Daly, noted the NWHL remains in existence, said the NHL has no intention of interfering with its business plan or objectives. Daly added he doesn’t anticipate “at this early stage” having women’s pro hockey placed on the agenda for the league’s board of governors meetings next month.

“We will further explore the situation privately before taking any affirmative position on next steps,” Daly said.

The players’ pledge to sit out comes just two years after the U.S. national team earned a pay raise after threatening to boycott the 2017 world championships being held on U.S. soil. And it comes amid other efforts by women’s teams to be treated and paid equitably. The U.S women’s soccer team has sued the U.S. Soccer Federation over their wages and treatment.

“Obviously we want to be on the ice, but I think that kind of speaks volumes to how critical it is and how important it is to us,” said Szabados, who spent last season playing for the NWHL Buffalo Beauts.

The CWHL operated as a not-for-profit league and was restricted by Canadian tax law in how much it could pay its players. Over the past two years, they received a stipend ranging between $2,000 and $10,000.

The NWHL was established in 2015, and became the first league to pay its players annual salaries which ranged from between $10,000 and $26,000 in its inaugural season, before being cut the following year. The league no longer publicly releases its salary figures.

The NWHL’s last bid to get the players on board fell apart during an hour-long conference call Monday, Knox said.

The league, which Knox said set the time-length for the call, spent about the first 35 minutes making its pitch to the players, leaving only 25 minutes for questions that ranged from immigration issues to health care, travel costs and what adjustments the league would make due to the disparity between the American and Canadian dollars.

Knox said the players came away “with more questions than answers.”

“We decided we had done our homework and felt it wasn’t a league for us to make the next step in women’s hockey,” she said.

Coyne Schofield also dismissed the NWHL as a place to play.

“The NWHL has time and time again shown it’s not that long-term, viable option for women in hockey, and it does not showcase the best product of women’s hockey in the entire world,” said Coyne Schofield, who most recently played for the NWHL’s Minnesota Whitecaps. “There’s a lot of things that go into it. … The business model is one of those, the salaries, health insurance, the treatment of the players. There’s a lot of things that make it really tough to be a professional athlete in the NWHL.”

The players’ stance generated reaction within and outside the sport.

Tennis great Billie Jean King posted a note supporting the players on her Twitter account, which read: “Female athletes deserve to live the life they envisioned as kids: playing the sport they love, and making a living doing it. I stand with all female athletes in their pursuit of equal pay and a sustainable future.”

Mary-Kay Messier, a vice president with equipment supplier Bauer Hockey, urged the NHL to step in.

“I believe that in order to develop a long-term viable women’s professional hockey program, the National Hockey League must be in an ownership position,” she wrote on Twitter. “It’s not just about financial support. It’s about a long-term vision and the required resources, including the expertise, to effectively promote the women’s game.”

NHL Commissioner Gary Bettman previously told the AP he doesn’t want the league to be seen as “a bully” in pushing either of the two leagues out of business. As for assuming control, Bettman has repeatedly said the NHL doesn’t believe in either of the league’s business models.

Bettman reiterated his position during an interview with the AP this week. He referred to the CWHL ceasing operations as something that “proved the point that we have genuine concerns about sustainable models.”

“What we’ve repeatedly said is if there turns out to be a void — and we don’t wish that on anybody — then we’ll look at the possibilities and we’ll study what might be appropriate,” Bettman added. “But at the end of the day, we’re not looking to put anybody out of business. And if the NWHL can make a go of it, we wish them good luck.”

“The NHL’s saying, ‘Until there’s a void in women’s hockey we’re not going to step in,’” Knox said. “Well, here’s a void. Here’s the players saying this is not enough. We’ve earned better than this.”

Knox also placed the onus on Hockey Canada and USA Hockey for providing more resources to develop the women’s game.

PHOTO: In this March 4, 2018, file photo, Hilary Knight, of the gold medal winning U.S. women’s Olympic hockey team, attends a SheBelieves Cup women’s soccer match between the United States and France, in Harrison, N.J. More than 200 of the top female hockey players in the world have decided they will not play professionally in North America next season, hoping their stand leads to a single economically sustainable league. The announcement Thursday, May 2, 2019, comes after the Canadian Women’s Hockey League abruptly shut down as of Wednesday, leaving the five-team, U.S.-based National Women’s Hockey League as the only pro league in North America. The group of players, led by American stars Hilary Knight and Kendall Coyne Schofield and Canadian goaltender Shannon Szabados, hopes their move eventually pushes the NHL to start its own women’s hockey league as the NBA did with the WNBA. (AP Photo/Steve Luciano, File)