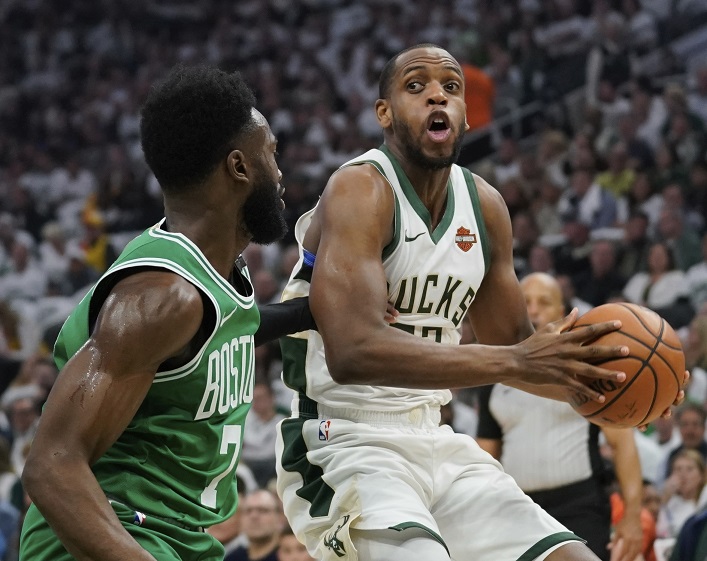 News before the Milwaukee Bucks win Tuesday night was that the Dallas Mavericks were going to go after to-be free agent Khris Middleton in the off-season.

The 27-year-old shooting guard has one year left on his contract but he will opt out barring some unforeseen circumstance.

Dallas could have $45 million to spend in free agency and owner Mark Cuban doesn’t shy away from going all-in on players.

According to Marc Stein with the New York Times, Dallas is interested in Middleton and Charlotte Hornets’ guard Kemba Walker.

After the Bucks blew out the Boston Celtics 123-102 in Game 2, anyone could see why Dallas would want Middleton.

He finished with 28 points, going 7-for-10 from beyond the arc, as the Bucks set a franchise playoff-high for 3-pointers made, going 20-for-47.

0
0   0
previous Antetokounmpo powers Bucks past Celtics 123-102 in Game 2
next Bucks head into The Garden, where Celtics are 12-1 in last 13 playoff games
Related Posts