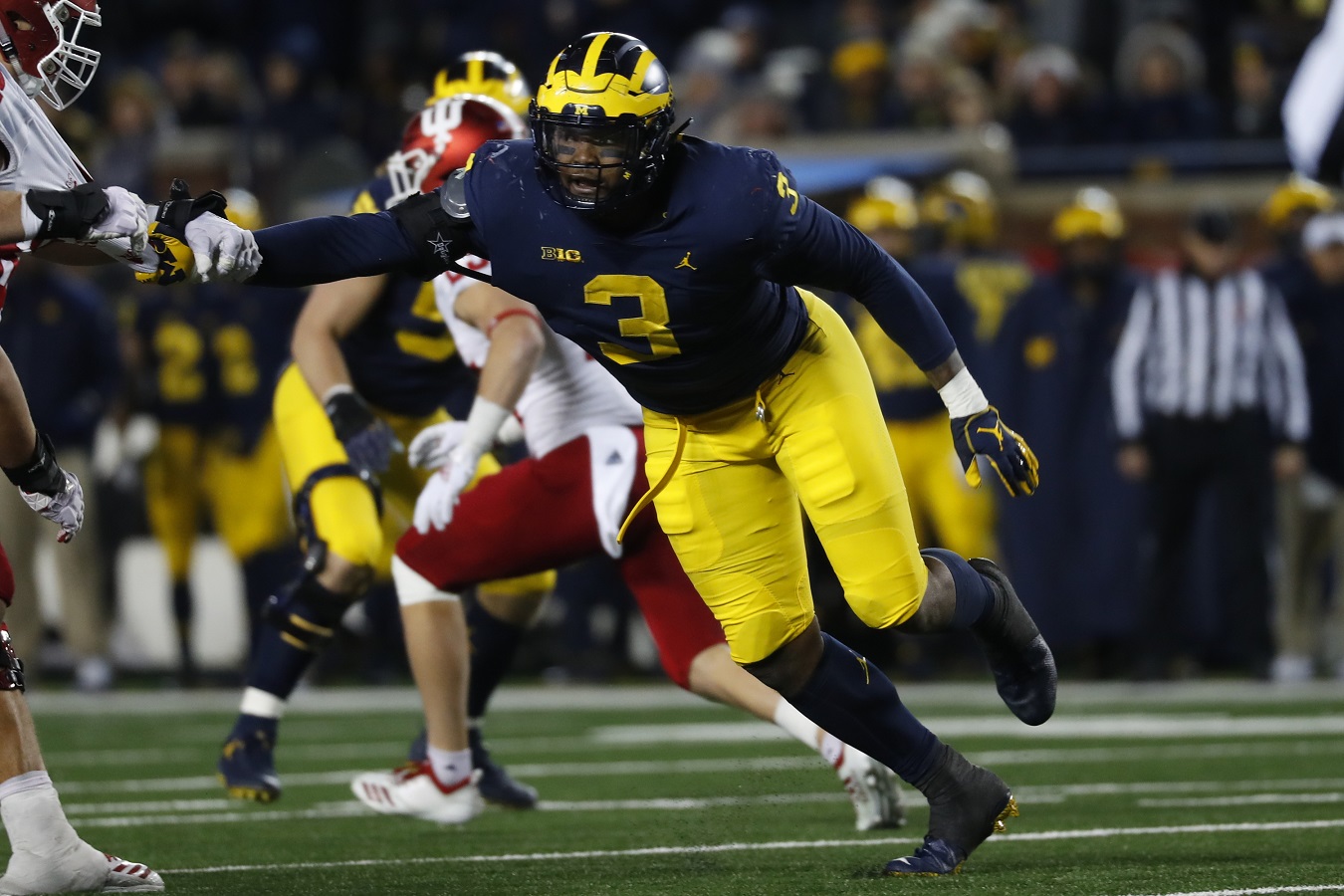 DE Gary gets emotional at No. 12 for Packers, who also traded up to 21st to take Maryland safety

DE Gary gets emotional at No. 12 for Packers, who also traded up to 21st to take Maryland safety

Rashan Gary got emotional when the Green Bay Packers selected the Michigan defensive end at No. 12.

The 6-foot-4, 277-pound end is one of the top athletes in this draft, and could play either on the line or linebacker — a slot that’s been left void by the departure of Clay Matthews to the L.A. Rams.

The 21-year-old does have some questions marks, however. While he has some of the most potential in the draft, Gary was inconsistent as a pass-rusher in college.

Gary was found to have a labral tear during medical evaluations leading up to the draft. He’s expected to play his rookie year and possibly have surgery afterward.

Later in the draft, Green Bay traded up to No. 21 and picked Maryland safety Darnell Savage, Jr.

In the trade, the Seattle Seahawks acquired the 30th pick and a pair of fourth-round selections (No. 114 and No. 118 overall).

The 21-year-old will pair with safety Adrian Amos in the defensive backfiled. Green Bay signed the former Chicago Bear, Amos, in free agency.

Savage had seven interceptions, including four last season, over his four-year career at Maryland.

0
0   0
previous While paying respect to past, Packers LaFleur focused on future
next Clay Matthews reacts hilariously, as Packers give first-round pick his No. 52
Related Posts