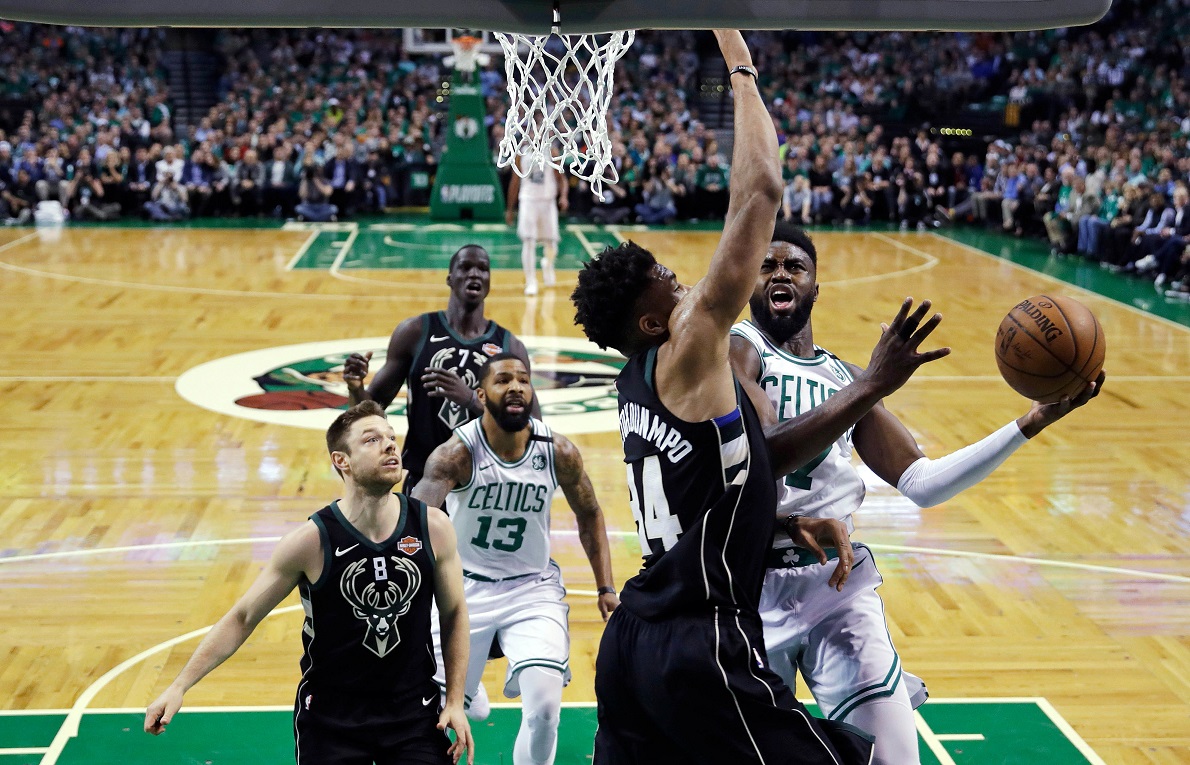 BUCKS-CELTICS: A much different series this time around

BUCKS-CELTICS: A much different series this time around

Game 1 of the second round of the NBA playoffs between the Milwaukee Bucks and Boston Celtics is set for noon Sunday.

Neither team had any trouble, getting out of the first round. The Bucks swept the Detroit Pistons, while the Celtics swept the Indiana Pacers.

Last year, these two teams went all seven games in the first round, with the Celtics winning at home in the finale.

This year, however, could be quite a bit different:

— Bucks have home court
— They also don’t have Jason Kidd as coach (or Joe Prunty)
— Giannis Antetokounmpo is the best player in the NBA
— Terry Rozier probably won’t be the best player in the series, like last year
— Boston will have both Kyrie Irving and Gordon Hayward for this one
— Milwaukee might not have Malcolm Brogdon

As for Hayward, he missed all but minutes of the entire season with a broken ankle. It’s taken him most of the season to get re-acclimated but he’s looking his old self of late.

Irving missed the last month of the regular season and the playoffs last season. The last half of this season, he’s averaged 25.4 points on 48.4 percent shooting to go with 7.5 assists, 4.3 rebounds and 1.4 steals.

Trying to stop Irving will be tough for the Bucks, who had hoped to have Brogdon back for the series.

Milwaukee coach Mike Budenholzer announced Thursday, though, that he will miss, at least, the first two games of the series, according to The Athletic’s Eric Nehm.

Brogdon suffered a minor plantar fascia tear in mid-March and is expected to be reassessed after the opening two games in Milwaukee, according to the Milwaukee Journal Sentinel’s Matt Velazquez.

Prior to missing the last 17 games with the injury, Brogdon was having a historic season.

0
0   0
previous Giannis scores playoff career-high 41, does this (watch video) and the Bucks are out of the first round since 2001
next WISCONSIN'S WEEKEND: Braun gets beer dumped on head, Horford chews Giannis — twice
Related Posts