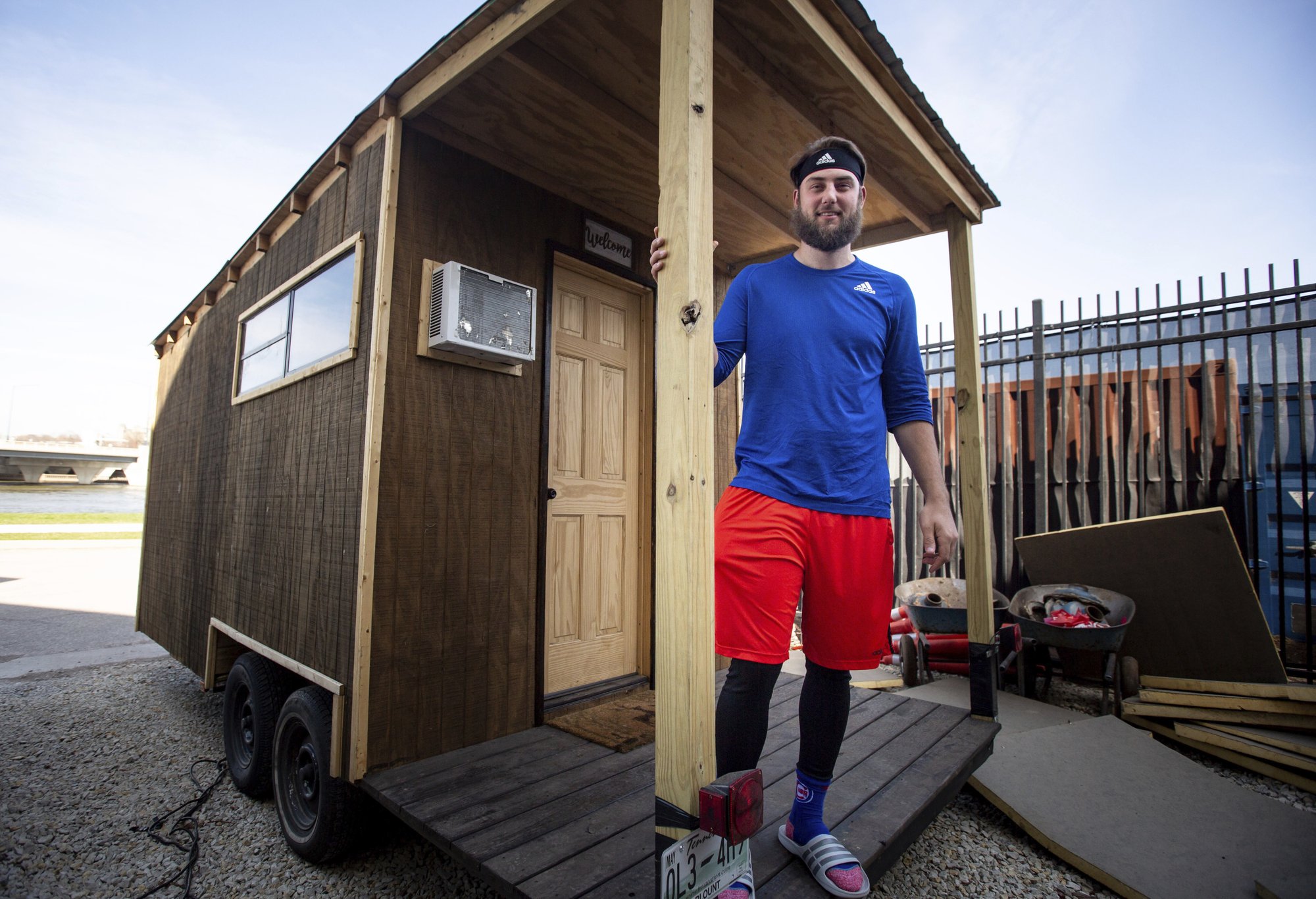 DES MOINES, Iowa (AP) — Most players for the Triple-A Iowa Cubs live in hotels or apartments during the season, but one of the team’s minor league pitchers has chosen to live in a self-built tiny house this summer.

Trevor Clifton was a 12th round draft pick by the Chicago Cubs in 2013. He made his Triple-A debut with Iowa last season after being the Cubs’ top minor league pitcher in 2016.

Trevor and his father built the miniature home during the offseason.

Clifton bought a $200 camper online and the pair stripped the camper to its base. They built the 104-square-foot (10-square-meter) home on that, the Des Moines Register reported.

Dennis put the final touches on it while Trevor was in Arizona for spring training. He added a couch, fridge, microwave, storage system and a mattress.

Trevor later moved the shack to Des Moines, where he’s playing and waiting for his first call to the Major Leagues.

“It doesn’t surprise me,” said Jaron Madison, Chicago’s director of player development. “He’s always had a different personality and likes to do things differently. It makes sense.”

Clifton initially parked the fun-sized home outside the Iowa Cubs’ stadium, Principal Park. He later moved it to the home of a teammate, though he ultimately wants to park it at a campground.

Trevor said it’s the inexpensive housing he wanted and provides peace and quiet.

“I just like to be on my own — just relax — whenever I get home,” Trevor Clifton said. “That’s one way to do it. You’re by yourself. You get to do what you want. If you want to go fishing out by the lake, you can go do that.”

Clifton said he’s enjoying the comfort of his new living quarters and that he plans to install some trim during off days. In the offseason, he hopes to use to house for camping with his fiancée.

“It turned out pretty good,” Clifton said with a smile.

PHOTO: Triple A Iowa Cubs pitcher Trevor Clifton poses for a photo in the tiny house he built to live in during the baseball season in Des Moines, Iowa. Trevor Clifton was 12th round draft pick by the Chicago Cubs in 2013. He made his Triple-A debut with Iowa last season after being the Cubs’ top minor league pitcher in 2016. (Zach Boyden-Holmes/The Des Moines Register via AP)

MLB owners OK plan that could lead to July start