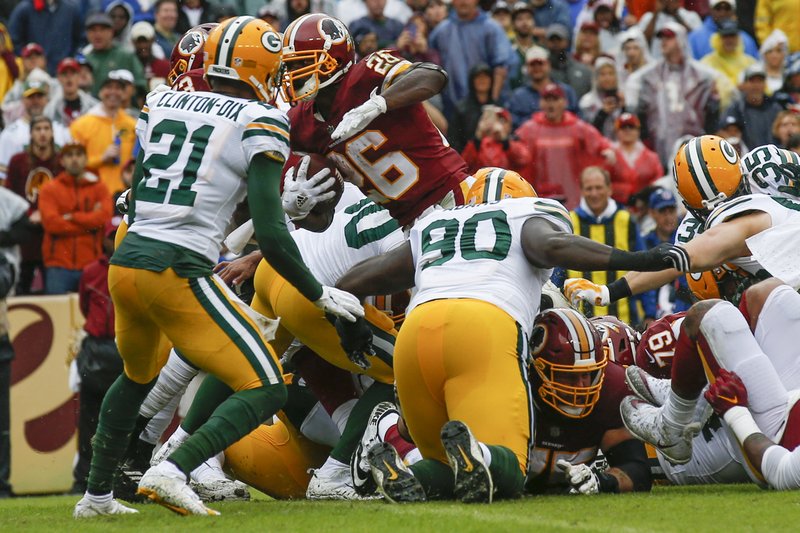 LAST SEASON: QB Aaron Rodgers directed stunning rally from 20-point deficit to beat rival Bears in opener after leaving game with left knee injury. That was highlight of season of disappointment and dysfunction for Packers that triggered firing of coach Mike McCarthy in December. Rodgers was banged-up all year, finishing with 25 TD passes, career low for season in which he played 15 or 16 games. He struggled to connect with rookie WRs forced by injuries into larger roles. Defense began to show some promise under new coordinator Mike Pettine but still ranked 22nd in league in points and 18th in yards allowed.

OUTLOOK: Perhaps it’s a year or two too early to ponder successor for Rodgers in middle rounds, but GM Brian Gutekunst, who ran draft for first time last year, could be proactive at other positions such as DE or DT, That prospect pool is deep despite strong front in Green Bay with Kenny Clark, Mike Daniels and Za’Darius Smith. Safety spot next to Amos is open, biggest need on defense that got team’s first three picks in each of last two drafts. Though Gutekunst used three third-day picks on WRs last year, Randall Cobb’s departure left big hole in slot. Though Jimmy Graham and Marcedes Lewis return, dynamic TE would give passing game a big lift.