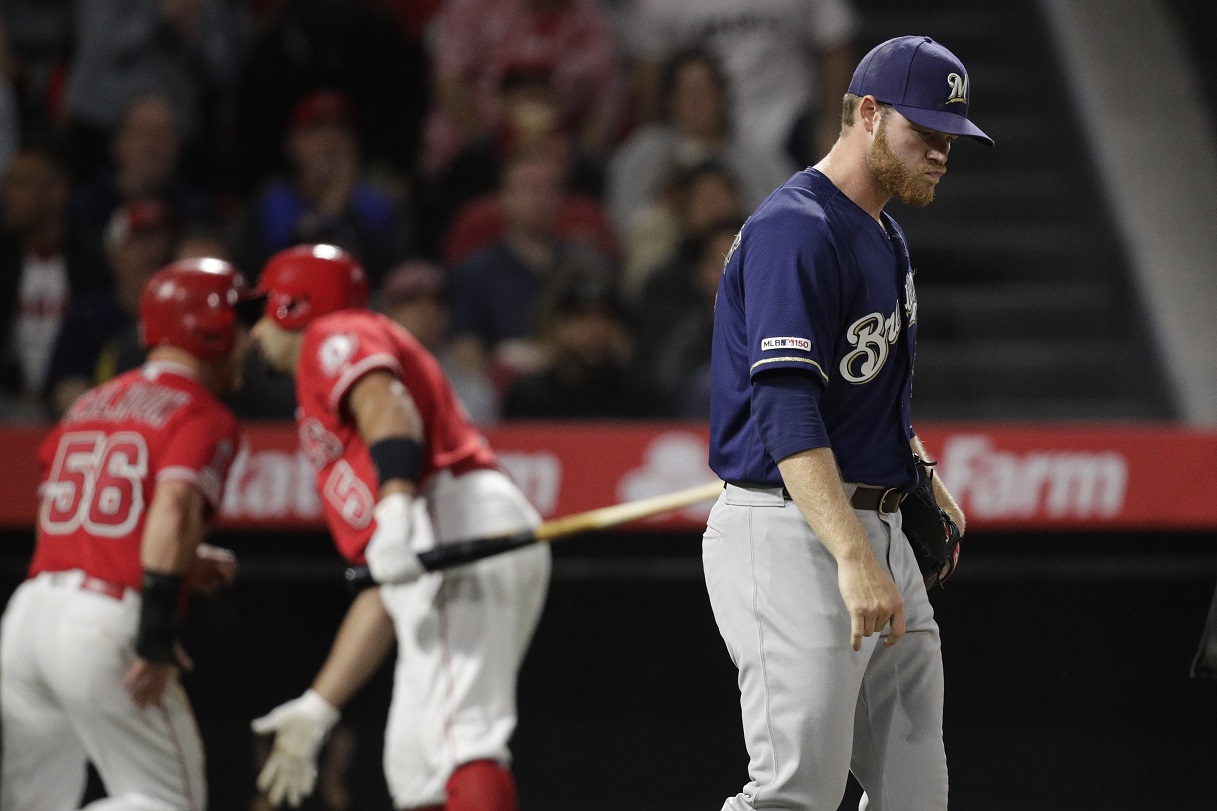 One bad inning does in Brewers and Angels get the sweep

One bad inning does in Brewers and Angels get the sweep

ANAHEIM, Calif. — A four-run fourth inning was all it took for the Los Angeles angles to beat the Milwaukee Brewers on Wednesday night.

The Angels scored those runs on two singles and a grounder into a double-play of all things, and held on for the 4-2 win to sweep the Brewers.

LA had three hits in that inning. It had one hit the rest of the game.

The four runs came a half inning after Christian Yelich put Milwaukee up 1-0 with an RBI single. Yelich got another RBI single in the seventh, but that was it for the Brewers.

Aside from that one bad inning, Brandon Woodruff was solid, striking out seven and walking one in six innings. All four of the runs were earned.

Milwaukee is off Thursday, before a three-game series with the Los Angeles Dodgers — a rematch of last season’s NLCS that went seven games and ended the Brewers postseason.

0
0   0
previous Trout could be out tonight, as Brewers wrap up series with Angels
next NLCS REMATCH: Brewers face off with Dodgers on WKTY
Related Posts