Home NEWS HIGH SCHOOL Caledonia wins 21st in row, coaches gets win No. 300 and it’s on to the state semis 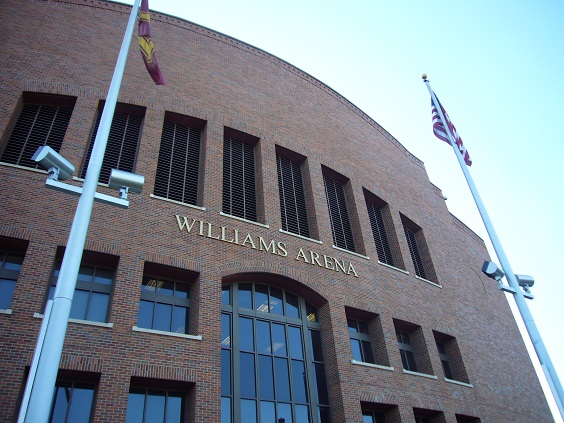 Caledonia wins 21st in row, coaches gets win No. 300 and it’s on to the state semis

Caledonia wins 21st in row, coaches gets win No. 300 and it’s on to the state semis

That’s what it will take to win Class 2A Minnesota state title, as coach Scott Sorenson’s Warriors opened the tournament with a 56-44 victory over Proctor on Wednesday at Williams Arena.

Fourth-seeded Caledonia (25-4), which has now won 21 consecutive games, will play at 6 p.m. Friday against top-seeded Roseau (29-2) at Williams Arena in the semifinals.

Caledonia finished the regular-season the ninth-ranked team, while Roseau was ranked second.

Roseau beat unseeded and unranked Redwood Valley 75-74, which got 70 of its points from the Borowicz sisters.

The Borowicz sisters were a combined 25-for-49 from the field. Katie Borowicz was 6-for-9 from beyond the arc, while her counterpart was 0-for-2. They combined to go 14-for-14 from the free-throw line, as well.

In the Caledonia win, senior guard Katie Tornstrom led all scorers with 25, including five three-pointers, to go with 11 rebounds for Caledonia, which was up 31-22 at halftime.

The Warriors forced 16 turnovers, which led to a 17-4 points-off-turnovers margin. Caledonia was outscored in the paint 18-12.