Home NEWS 4 wild-card games, all should be close 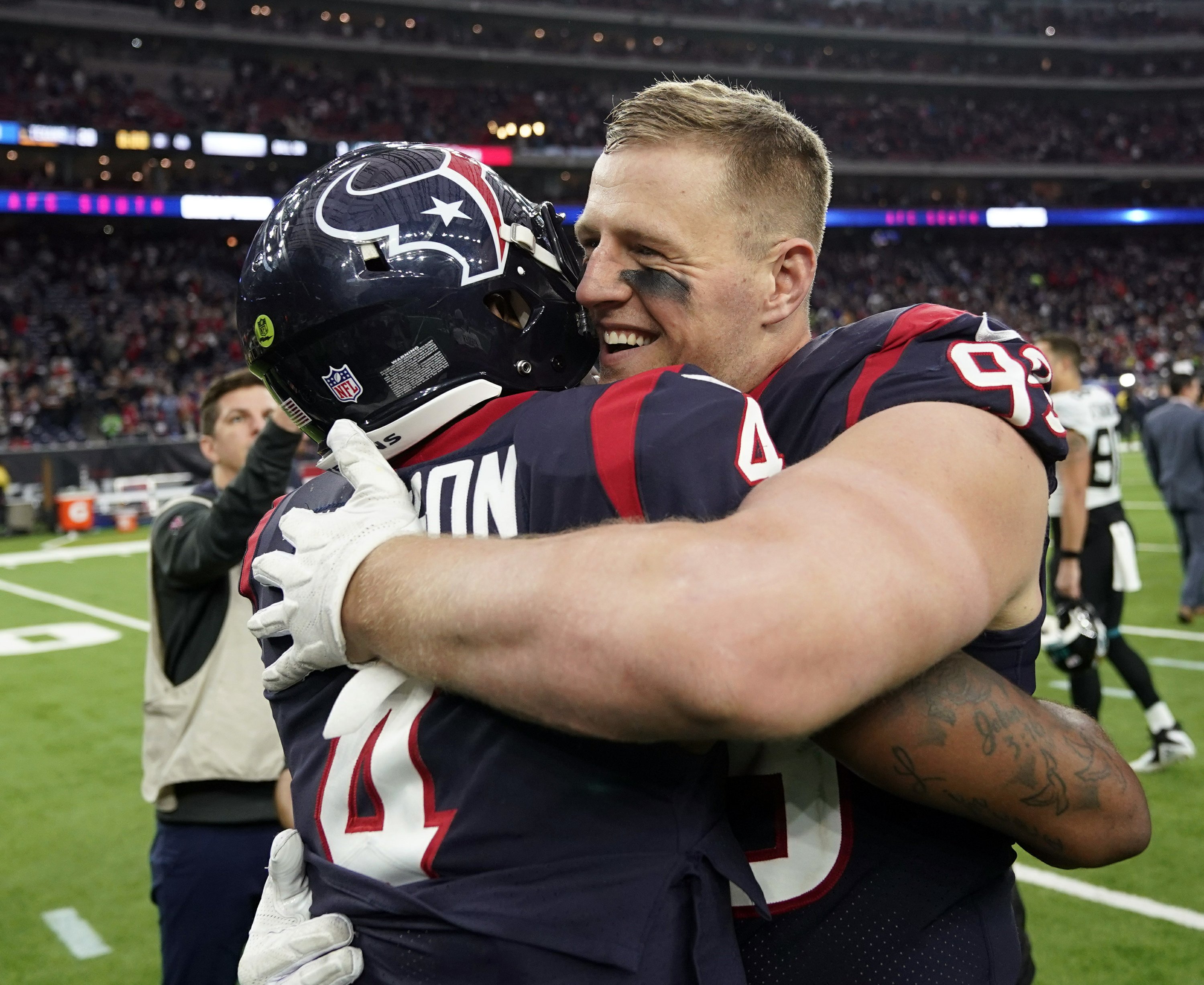 4 wild-card games, all should be close

4 wild-card games, all should be close

The competitive balance in NFL 2018 is such that it would be no surprise if any — or all — of the visitors win on wild-card weekend to begin the 2019 calendar. Hey, the largest spread is a mere 6 1-2 points, Bears over Eagles.

Maybe the most intriguing matchup is at Jerry World, which makes sense because the NFL scheduled Seahawks vs. Cowboys for Saturday night. Some cool stuff about this game between a pair of 10-6 teams:

—Seattle was 0-2 when coach Pete Carroll placed a heavy emphasis on the running game and defense, and the Seahawks defeated Dallas 24-13.

—QBs Russell Wilson and Dak Prescott are tied for most 100-plus passer rating games in their first three seasons at 24.

—The Seahawks led the league with a plus-15 turnover margin, with 11 giveaways tied for third fewest in league history.

—Dallas has won both wild-card games in its 10 seasons at AT&T Stadium, and is 7-1 at home this season.

—The other playoff meeting was a 21-20 Seahawks home victory during the 2006 season when Tony Romo messed up the hold of a potential go-ahead field goal with 1:19 remaining.

This figures to be a game built on rushing. Seattle topped the NFL and has a three-pronged running attack led by Chris Carson. Dallas rides Ezekiel Elliott, who is rested and ready after sitting out last week’s win over the Giants because the result had no bearing on Dallas’ postseason standing.

Each team won on the other’s field this season. Both have made turnarounds, Houston from an 0-3 start to the AFC South title, Indy from 1-5 to a wild card.

The Colts have won four straight and nine of their last 10 when they couldn’t afford a stumble. The defense forced turnovers in 15 games, finished with 26 takeaways, and the team allowed 16.4 points over the final eight games. But it’s an offensive line that allowed a league-low 18 sacks on Andrew Luck after giving up a league-high 56 in 2017 that could be the difference.

That number will be tested by the likes of J.J. Watt and Jadeveon Clowney, and DeAndre Hopkins can be a game-changing receiver.

Two weeks ago, the Ravens traveled to that soccer stadium in California the Chargers call home and handed them a 22-10 defeat that propelled Baltimore to the top of the AFC North. It also pretty much meant the Chargers would be a wild card behind AFC West champion Kansas City.

The Ravens’ top-ranked defense will need to again make Philip Rivers uncomfortable in the passing game, but Rivers didn’t have his No. 1 running threat, Melvin Gordon, for that Dec. 22 contest. Gordon is back, which could be a key.

Baltimore is 6-1 since rookie QB Lamar Jackson took over for Joe Flacco. And that defense, which allowed an NFL-low 292.2 yards per game and ranked second in fewest points allowed at 17.9 per contest, will swing this one to …

Somehow, despite all the injuries — the secondary, other than safety Malcolm Jenkins, has resembled a preseason group — and some costly blown leads, the defending champion Eagles squeezed into the playoffs. They did so with help from the Bears, too, as Chicago knocked off the Vikings in Minnesota last Sunday.

Will the Bears regret that come Sunday evening? Depends on whether Nick Foles has some more magic to work on that stingy and physical Chicago defense.

It will be tight, like all the other wild-card games.