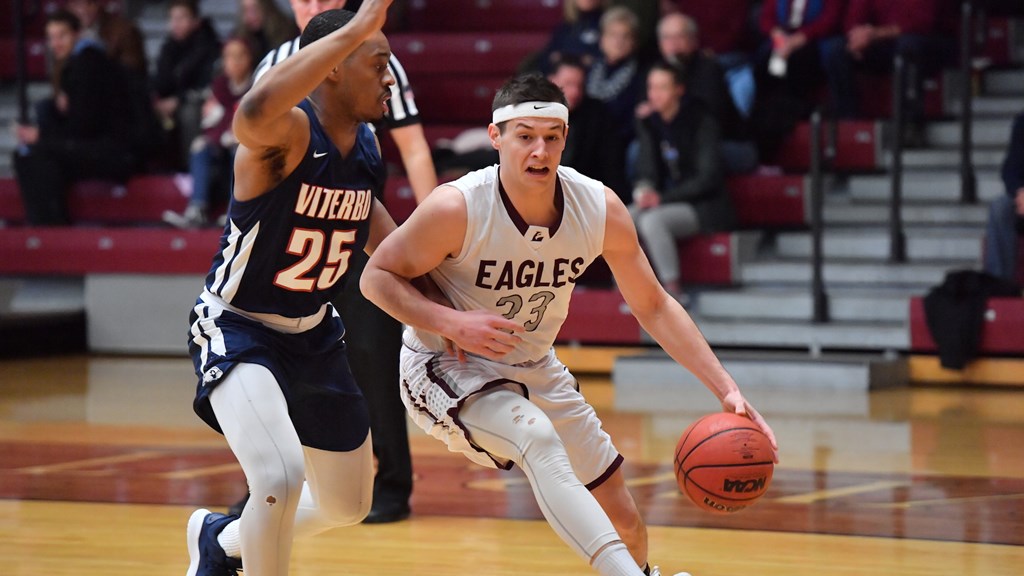 The Eagles (7-4) have won five of six and are undefeated (4-0) at Mitchell Hall so far this season.

The WIAC will again be one of the best conferences in the country, already featuring three teams in the Top 12 — UW-Oshkosh (sixth), UW-Whitewater (10th) and UW-Stevens Point (12th).

Having played tougher competition may end up helping the Blue Devils, who have the WIAC’s top scorer in John Keefe’s 22.8 points a game.

The Blue Devils are averaging 82.8 a game and, unlike UW-L, are kind of a two-man show.

Along with the 6-2 Keefe, Jon Ciriacks has come on late after missing the first four games of the season, averaging 16.5 points. The 6-foot-6, 220-pound forward has scored 20 and 25 his last two games.

The Eagles bring a complete-team effort in the scoring column, led by senior Brendon Manning. The 6-3 guard is leading the team averaging 13.5 points and, perhaps incredibly, 8.7 rebounds.

The Eagles, the WIAC’s lowest scoring offense (73.5 points) also have three other players averaging over 7.5 points. UW-L makes up for the point production, holding opponents to 69.5 points a game.