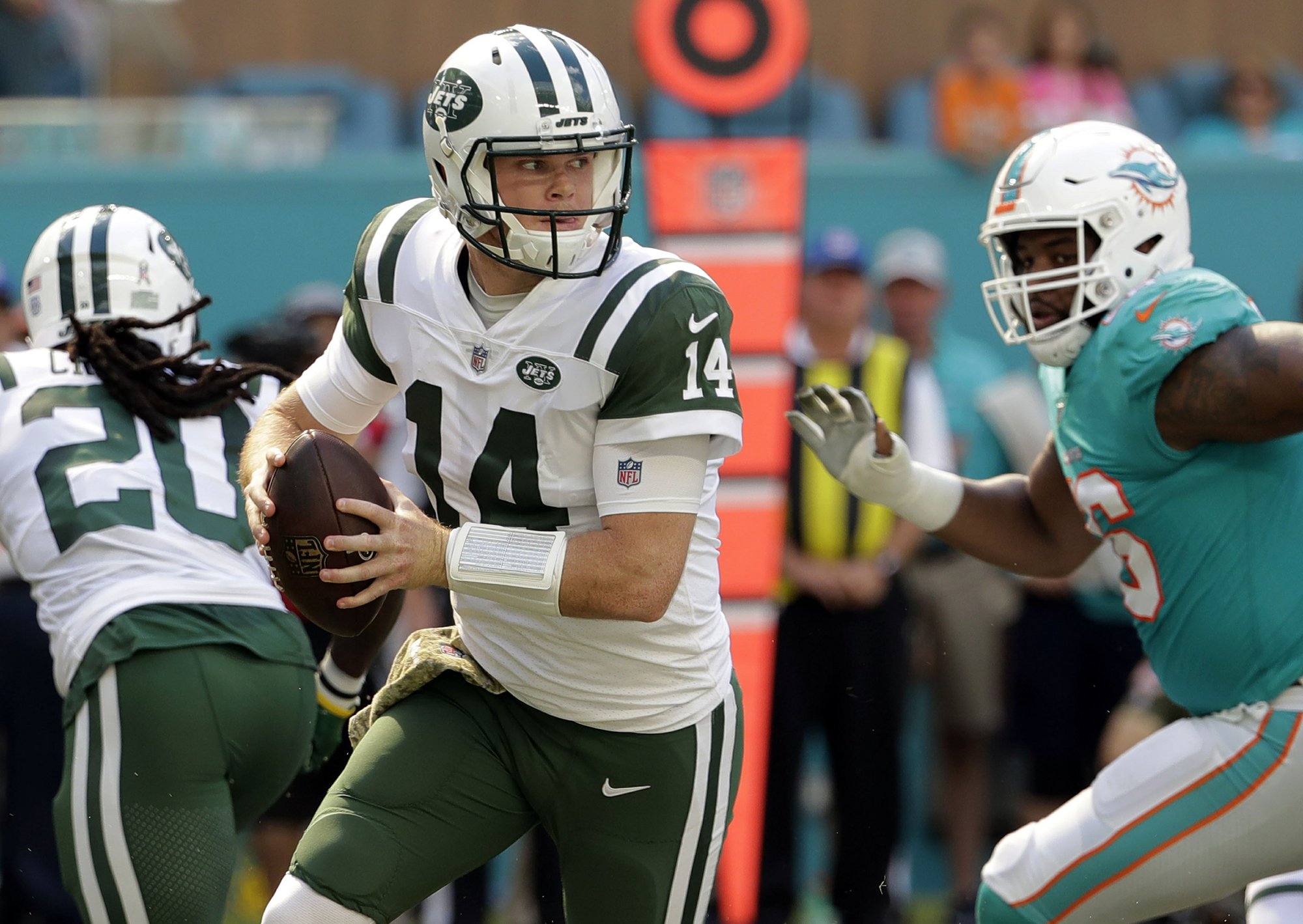 Top to bottom, 1st-round QBs impacted NFL along with others

Top to bottom, 1st-round QBs impacted NFL along with others

From Baker Mayfield at the top of the first round to Lamar Jackson at the bottom, rookie quarterbacks had an impact, one way or another, in their NFL debuts.

The betting favorite for NFL Offensive Rookie of the Year is New York Giants running back Saquon Barkley, taken No. 2 behind Cleveland’s Mayfield in the draft this past spring.

The first-year player with the biggest impact on the standings has been Los Angeles Chargers safety Derwin James , the No. 17 pick and a strong contender for top defensive rookie honors for a team assured of making the playoffs for the first time since 2013 — and still in the running for the best record in the AFC going into the final weekend.

Even though Mayfield and the Browns were eliminated from playoff contention with two games left, the impact of the 2017 Heisman Trophy winner from Oklahoma was profound. Think of what it says that the Browns stayed in the postseason chase coming off an 0-16 season, and despite a midseason coaching change.

Not to mention, Mayfield was backing up Tyrod Taylor when the season began, before his knack for winning games gave the Browns little choice but to promote him.

“The amount of work that he puts in does not shock us that he also takes it to the ballgame because he works extremely hard to have an overall understanding of every aspect of the game,” said interim coach Gregg Williams, who took over when Hue Jackson was fired halfway through the season. “That does not come easy.”

The Ravens selected Lamar Jackson with the 32nd pick of the first round, figuring he was a backup at best behind 10-year starter Joe Flacco. Since a hip injury that sidelined Flacco in early November, Baltimore is 4-1 with Jackson leading a run-first attack that has kept the Ravens alive as they try to end a three-year playoff drought. A victory against the Browns on Sunday gives Baltimore the AFC North title.

Flacco was ready to return last week, but coach John Harbaugh stuck with Jackson over the 2013 Super Bowl MVP.

“He’s the reincarnation of Michael Vick,” Tampa Bay defensive tackle Gerald McCoy said. “He’s a lot faster than you think on the field. When you see him in person, he can really run. He’s going to be good for a long time.”

Sam Darnold (third overall to the New York Jets), Josh Allen (seventh to Buffalo) and Josh Rosen (10th to Arizona) have had pretty much typical rookie quarterback years — more struggles than successes. But all three have offered glimpses that they can lead their respective franchises for years.

Darnold strained his foot at Miami on Nov. 4, a game in which he threw four interceptions. In the three outings before he was sidelined, the 21-year-old quarterback completed just 47 percent of his passes — 52 of 110 — for 558 yards and two touchdowns with a whopping seven INTs.

After missing three games, he has six TDs and one pick, attributing the turnaround to getting a chance to watch and learn from Josh McCown. But the Jets lost the past two.

Allen also was much better after returning from a right elbow injury that kept him out four games. On the open-ended question of who had emerged as the leader of the Buffalo offense, coach Sean McDermott chose Allen, citing how he responded coming off the injury.

“You become the leader by earning the respect of your teammates,” McDermott said. “He was willing to do that early on. He didn’t try to jump out in front when he hadn’t earned it.”

Allen has proven to be a productive runner for Buffalo.

Rosen’s completion percentage is near the bottom among starting quarterbacks, but coach Steve Wilks says the Cardinals still covet Rosen as the quarterback of the future. He showed enough early for Arizona to waive Sam Bradford, who started the first three games.

Barkley has several rookie records for the Giants: first with 1,000 yards rushing (third in the NFL with 1,198 with a game to go)′ most touchdowns (10); and most 100-yard rushing games (6). The downside for the Giants was a 1-7 start that turned Barkley’s season mostly into a stat chase. The former Penn State standout made an impression.

James and Dallas linebacker Leighton Vander Esch, two of the stronger betting choices for Defensive Rookie of the Year, were chosen two spots apart in the draft. James leads the Chargers with 99 tackles, according to SportRadar, and is tied for the team lead with three interceptions.

“Just embracing and enjoying my time here,” Vander Esch said. “It’s an awesome atmosphere, kind of like back in Boise but just intensified that much more. You have to soak it all in, but then again you have to go out and compete and show them you deserve to be here.”