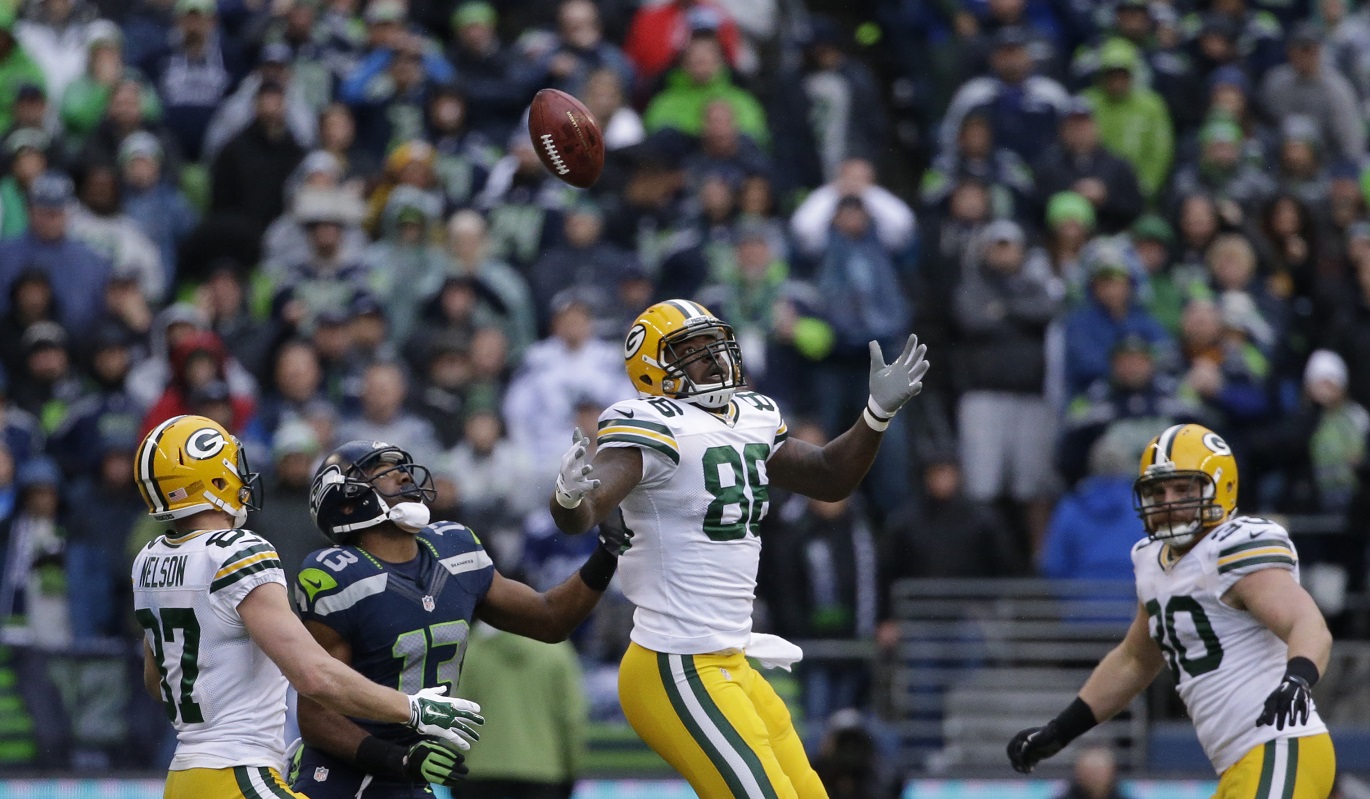 The Green Bay Packers have some bitter memories of CenturyLink Field. Who can blame them?

The NFC championship game in the 2014 season was in their control until a fake punt by the Seahawks and some bad decisions by the Packers — Brandon Bostick’s botched onside kick (pictured) — helped Seattle force overtime.

Then Russell Wilson spoiled the Cheeseheads’ night with a 35-yard TD pass to Jermaine Kearse — brilliant throw, even more brilliant catch — and Seattle headed to the Super Bowl.

Many believe those Packers would have handled the New England Patriots for the league title. Hey, had Seahawks coaches not gone wacky at the end of that Super Bowl, Seattle would have beaten the Pats.

Neither the Packers (4-4-1) nor Seahawks (4-5) looks like championship material. They might find a way to sneak into the playoffs, but a win Thursday night would be crucial in that chase.

“I know they’re frustrated, too,” coach Pete Carroll says, noting his Seahawks have lost two in a row, both against the LA teams. “They’ve dropped a couple of games that they should’ve won and I’m sure their outlook … we’re kind of in a similar boat right here.

“They’ve been a winning program for a really long time and we don’t think of them as anything other than that. I mean, it happens to be the Packers and the Seahawks, so it’s a big deal. We’ve had some great matchups in the past, so we’ve got to play good football.”

KNOCKOUT POOL: Green Bay did the job for us on Sunday, and now we go with ARIZONA. What? Look who the Cardinals are facing.

Chargers might be “the other team” in LA, but they’re very solid.

If Bears win this one, we’ll start believing.

Do Steelers remember playoff matchup with Jaguars? Is Pittsburgh the Steel City?

Game moved from Mexico back to LA. Expect lots of scoring.

Panthers need turnaround coming off real stinker. They’ll get it.

Pro Picks is certain this looks like a crazy choice after what Titans did to Patriots. Still …

Two clubs that can begin thinking playoffs with victory here.

At least Giants don’t have to face that other Tampa team, USF.

Liked how Cardinals played at KC. Raiders ain’t Chiefs, so …

0
0   0
previous Packers face Seahawks with playoff positioning at stake
next After huge 1st half, Packers go silent in loss to Seahawks
Related Posts