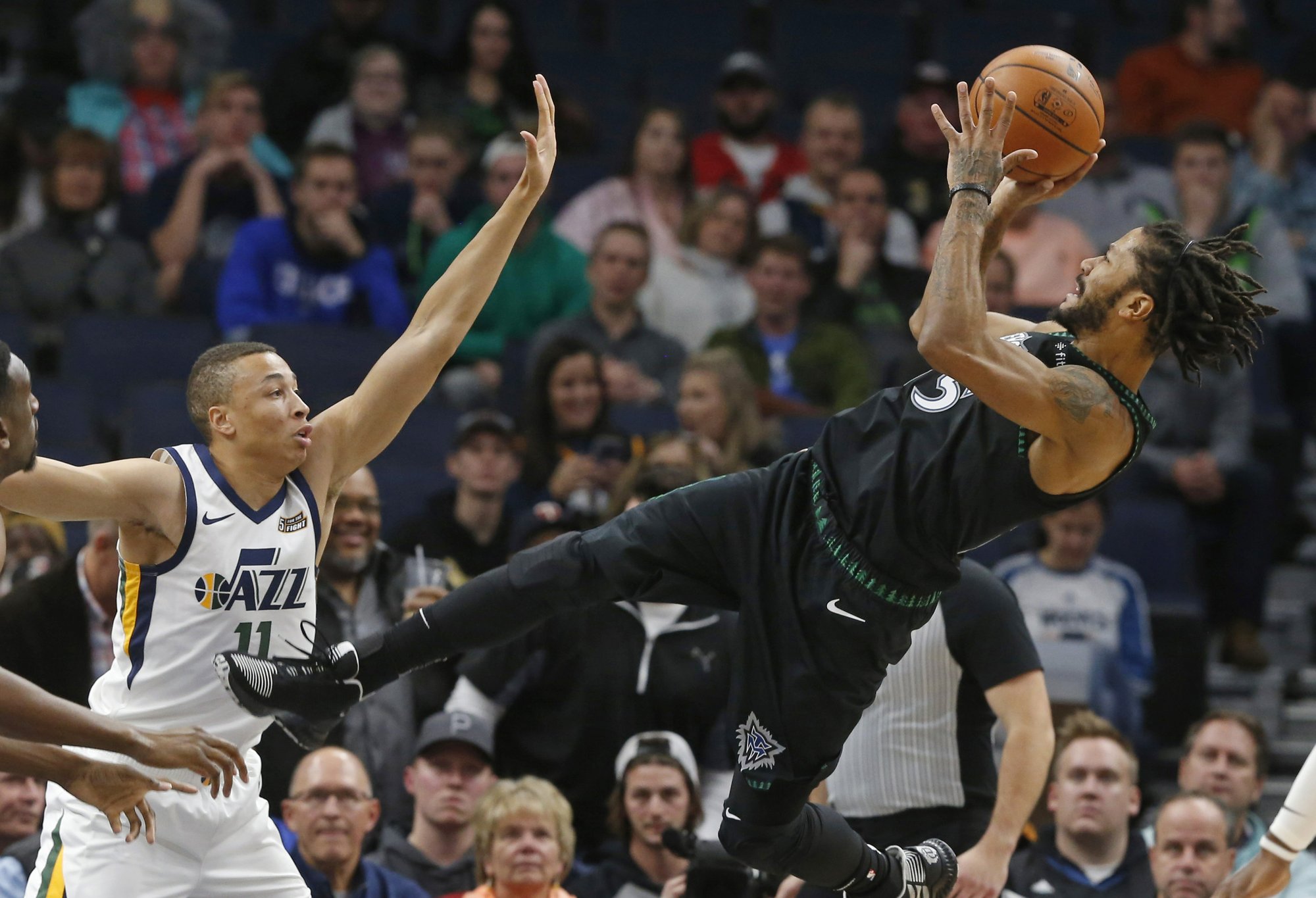 MINNEAPOLIS (AP) — Derrick Rose scored a career-high 50 points, turning back the clock to his prime years and lifting the Minnesota Timberwolves over the Utah Jazz 128-125 on Wednesday night.

Rose was in tears after the game as he walked off the court serenaded by chants of “MVP! MVP!” from the home crowd. The 30-year-old point guard has been derailed by injuries since he was the 2011 NBA MVP.

He had 34 points in the second half and 15 in a tightly contested fourth quarter as the Wolves held off the Jazz. His basket down low with 30 seconds remaining put Minnesota up for good, and he made two free throws with 13.8 seconds left to preserve a three-point lead.

Rudy Gobert missed a game-tying attempt in the final minute for Utah, and the Timberwolves grabbed the rebound to ensure Rose’s big night wasn’t wasted.

One of Rose’s biggest shots was a corner 3-pointer that tied the game at 119. That gave him 44 points, which matched his previous high set during the 2011 playoffs with Chicago. His regular-season best had been 42 points.

Rose tied it at 110 with one of his patented layups, giving him 41 points. He weaved through traffic and made the off-balance shot, showing glimpses of the moves that once made him an elite player and the top pick in the 2008 draft.

Making his first start of the season, Rose scored 19 points in the third quarter as the Timberwolves took a five-point lead into the fourth. Karl-Anthony Towns added nine of his 28 points in the period.

The Wolves put the Jazz on the free throw line plenty in the fourth quarter. After 11 attempts through three periods, Utah was 13 of 19 from the line in the fourth.

Minnesota played without the All-Star Jimmy Butler, as well as point guards Jeff Teague and Tyus Jones. Butler sat out with what the team described as “general soreness.”

Butler, who has been the main storyline in Minnesota for much of the early season, reportedly plans to play Friday at Golden State.

The Timberwolves got Andrew Wiggins back after he missed three games with a quad injury. Wiggins had missed just one total game in his first four seasons before his recent setback. He scored 19 points on 8-of-17 shooting.

Jazz: G Alec Burks (left hand sprain) did not play. Burks also did not play Sunday at Dallas. . Utah is 4-1 on the road this season and 0-2 at home. . Gobert had his third straight game with 20-plus points and 10-plus rebounds.

Timberwolves: Coach Tom Thibodeau said Teague underwent an MRI but was awaiting more testing. Teague is day-to-day. . Jones was a late scratch with right foot soreness he experienced during warmups. . The Wolves debuted their “Classic Edition” jerseys, a throwback to the uniforms the team wore from 1996-2008.