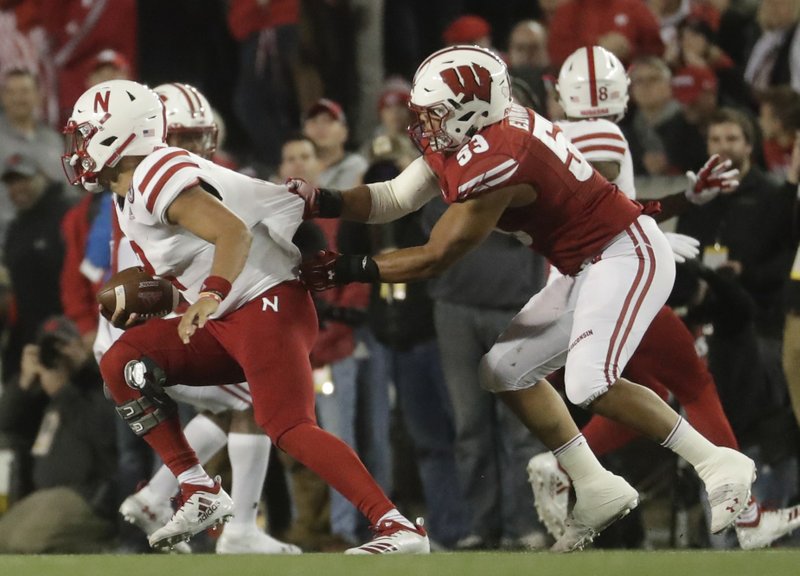 Notre Dame moved into the top five, Texas and UCF reached the top 10 and the Southeastern Conference placed a season-high eight teams in the latest Associated Press college football poll.

After three teams in the top eight and eight ranked teams overall lost on Saturday, there was significant movement throughout the AP Top 25, except in the first four spots.

Notre Dame reached a season-high fifth after beating Virginia Tech on Saturday night. Texas jumped 10 spots to No. 9 after beating Oklahoma. The Longhorns are in the top 10 for the first time since Sept. 19, 2010, when they reached No. 7.

No. 10 UCF has never been ranked higher during the regular season. The Knights, who have the nation’s longest winning streak at 18 games, finished last season unbeaten and at No. 6.

For the first time this season, every unbeaten FBS team is ranked. After LSU, Oklahoma and Kentucky lost on Saturday, there are 11 undefeated teams left. The new unbeatens to join the rankings were both from the American Athletic Conference: No. 23 South Florida (5-0) and No. 25 Cincinnati (6-0).

Including UCF, the American has three ranked teams, as many as the Atlantic Coast Conference, Big 12 and Pac-12.

Re-entering the rankings were No. 22 Texas A&M and No. 24 Mississippi State from the SEC.

— Stanford lost for the second straight week and dropped out for the first time this season.

— Michigan State’s second loss sent it out of the rankings for the first time.

— Virginia Tech and Oklahoma State both lost for a second time and dropped out again after re-entering just last week.

No. 2 Georgia at No. 13 LSU. The Bulldogs have had a smooth ride so far, but this is the first of three games in four weeks that will likely determine if they can repeat as SEC East champions.

No. 7 Washington at No. 17 Oregon. The Ducks get another chance to make a statement after fumbling away the Stanford game.

No. 15 Wisconsin at No. 12 Michigan. The loser gets relegated from contender to playoff spoiler.

0
0   0
previous No. 6 Minnesota destroys No. 5 Badgers
next Injuries will test depth of secondary at No. 15 Wisconsin
Related Posts

Big play in the Big TEN