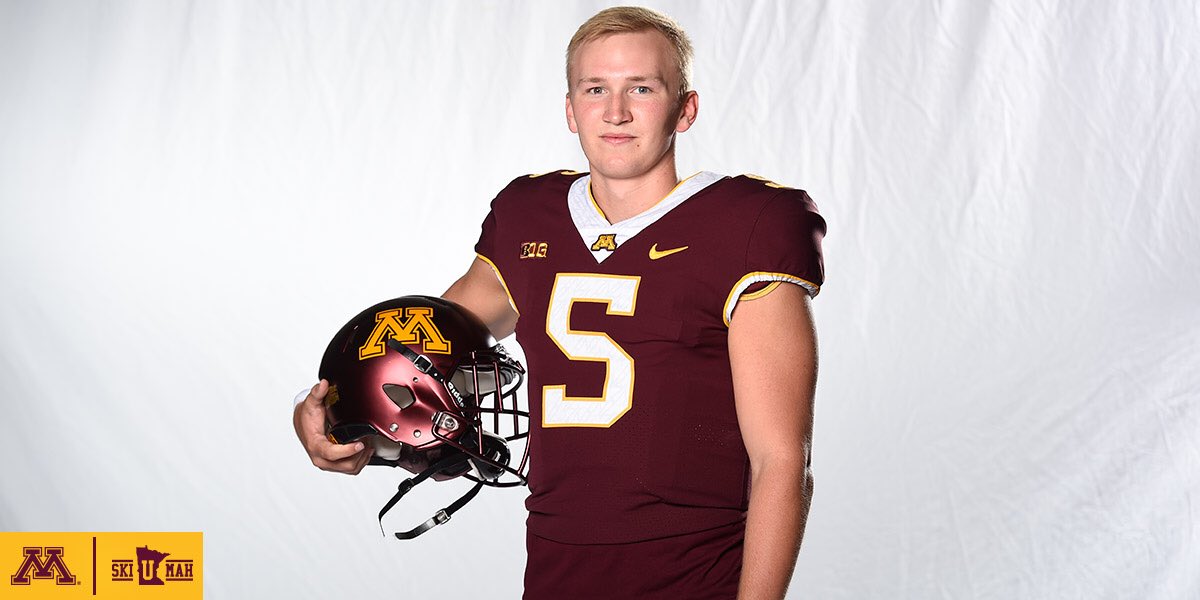 Gophers coach P.J. Fleck announced after practice on Monday that Annexstad will be behind center on Aug. 30 against New Mexico State. Fleck said he’s not planning a rotation between Annexstad and redshirt freshman Tanner Morgan, but the coach said he expects Morgan to see some action this year.

Annexstad is a native of Norseland who transferred from Mankato West High School to the IMG Academy in Bradenton, Florida. His older brother, Brock, also is a wide receiver for the Gophers.

Only eight teams in the FBS finished with fewer passing yards per game than Minnesota in 2017.