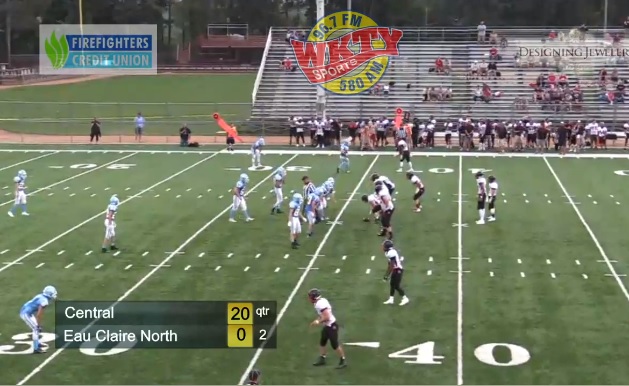 Davis had four passing and three rushing touchdowns — six of those in the first half — as the Red Raiders blew out Eau Claire North 45-8 at Carson Park.

The first touchdown of the season for Central came when Davis hit Trevon Van Egtern for 31-yards. Davis then hit Peter Fleming for a 16-yard score.

Still in the first quarter, the junior quarterback capped it off with a 54-yard touchdown run.

Davis scored three more touchdowns in the second quarter — a 36-yarder to Jordan Davis, a 13-yard run and a 4-yard toss to Van Egtern.

Johnny Davis went 17-for-25 for 253 yards and also rushed five times for 86 yards. Jordan Davis had three receptions for 77 yards.

You can rewatch the game below.