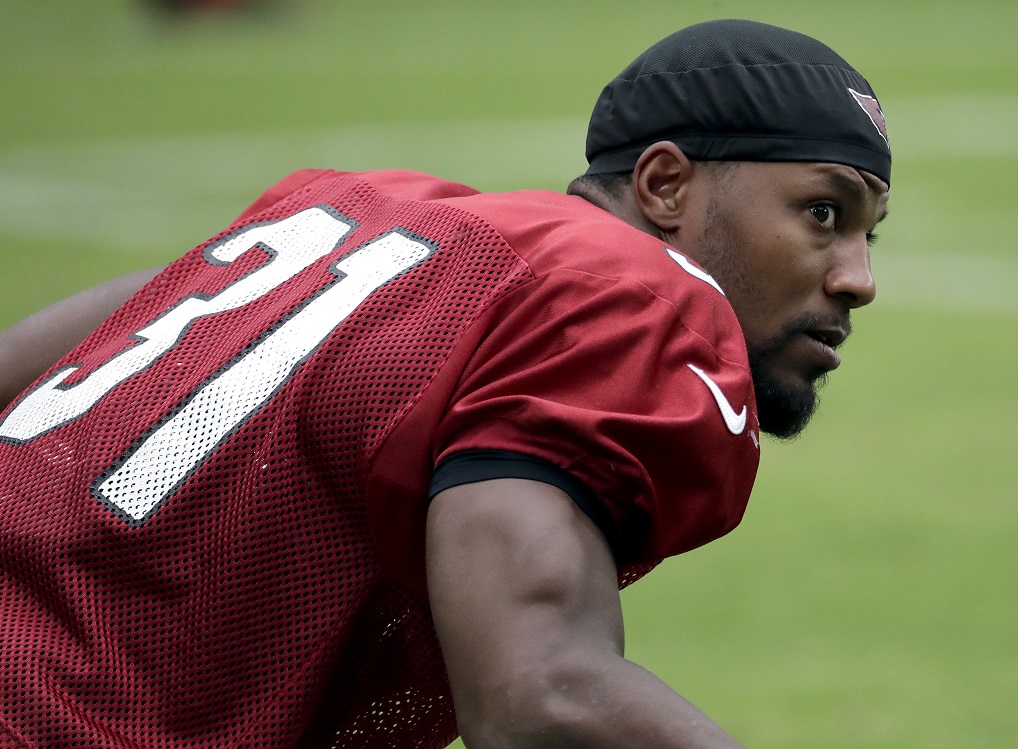 RB David Johnson among those showing up early for Cards camp

RB David Johnson among those showing up early for Cards camp

PHOENIX (AP) — David Johnson is back in the fold with the Arizona Cardinals.

The question about whether the dynamic running back would continue his holdout was answered in a hurry when he was among the players returning from injuries to show up for the early portion of training camp.

Johnson, who figures to be the centerpiece of the Arizona offense under new coach Steve Wilks, did not take part in the team’s mandatory minicamp in a contract dispute.

But he reported Sunday and was in Monday’s first workouts. The entire team reports to camp Friday with the first practice Saturday. Rookies, quarterbacks and players coming off injuries report early. They will work out this week at the team’s practice facility before moving to the other side of suburban Phoenix for the full training camp at University of Phoenix Stadium in Glendale.

Johnson told azcardinals.com that contract talks are progressing and that he will leave it to his agents to work things out.

“I’m here to play football,” he told azcardinals.com, the team’s web site. “I trust my agency, Sportstars, and I know they’ll get it done when the time comes.”

Johnson said his decision to report to camp was “about being here for the team, the players, my brothers, so that’s what we decided.”

He was optimistic about a deal getting done.

“The Cardinals want me to play for them for a long time, and I want to be here for a long time,” Johnson told azcardinals.com. “So definitely things are going in a positive way.”

Johnson is entering his fourth NFL season. A third-round draft pick out of Northern Iowa, Johnson had an All-Pro season two years ago, when he led the NFL in yards from scrimmage. He set an NFL record by topping 100 yards in each of the first 15 games of the season.

But he fractured his left wrist in the season opener a year ago and didn’t play again.

Now, Johnson said he’s in the best shape of his life, as he posts on Twitter workouts.

Johnson participated in every offseason workout before watching from the sidelines at the final OTA session. He was a no-show the entire mandatory minicamp.

A contract agreement seems to be coming but any work on it done now would be without general manager Steve Keim, who is suspended by the team for five weeks for his DUI arrest.

Johnson is scheduled to make $1.9 million this season on the contract he signed as a rookie. That’s far below what a player of his caliber would get on the open market. Le’Veon Bell makes $14.5 million under the franchise tag. Devonta Freeman and LeSean McCoy will make $8 million this year as part of large, long-term deals.

But coming off an injury season complicates the contract situation. Johnson aims to be a better version of his 2016 self, with his sights set on 1,000 yards rushing and 1,000 receiving.

In Gods hands now 🙏🏾 primed and ready to prove it! #ImBack pic.twitter.com/fde9QWPv7D