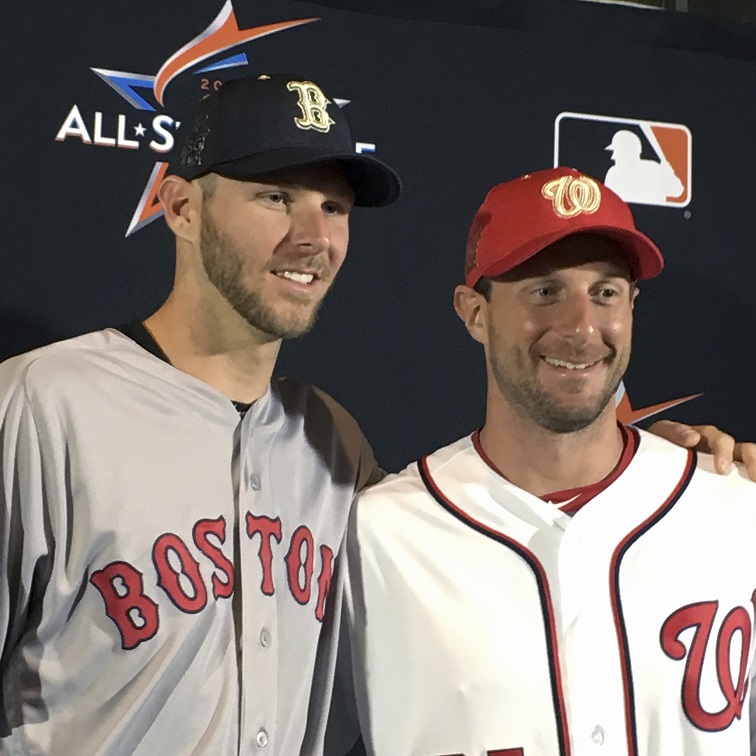 WASHINGTON (AP) — For the second consecutive year, a pair of former La Crosse Loggers will start against each other in the MLB All-Star game.

Chris Sale of the Boston Red Sox played for the Loggers back in 2008. The Washington Nationals’ Max Scherzer was on the team in 2004.

Scherzer getting the start is a no-brainer, given his 12 victories, 2.41 ERA, NL-best 182 strikeouts and the game being in Washington.

NL manager Dave Roberts of the Los Angeles Dodgers complimented New York Mets right-hander Jacob deGrom, who will get the ball second, but said the setting was the tiebreaker.

“It’s his city. It’s his ballpark,” Dave Roberts said. “I’ve always tried to make things bigger than me and the club. And I think that Max, for the game of baseball, for our country, he’s the right guy to take the baseball.”

Lefty Sale is starting for the third consecutive time and is the third player to do that, following Lefty Gomez and Robin Roberts.

Sale and Scherzer join 13 other pitchers who have started three All-Star Games.

Each pitcher made his first All-Star start with a different team — Sale for the White Sox and Scherzer for the Tigers — and has now gotten the nod in back-to-back years. It’s the first time the same set of pitchers started the game two years in a row since 1939 and 1940; Paul Derringer and Red Ruffing.

When asked what each admired about the other, Scherzer said: “I think we said this last year.”