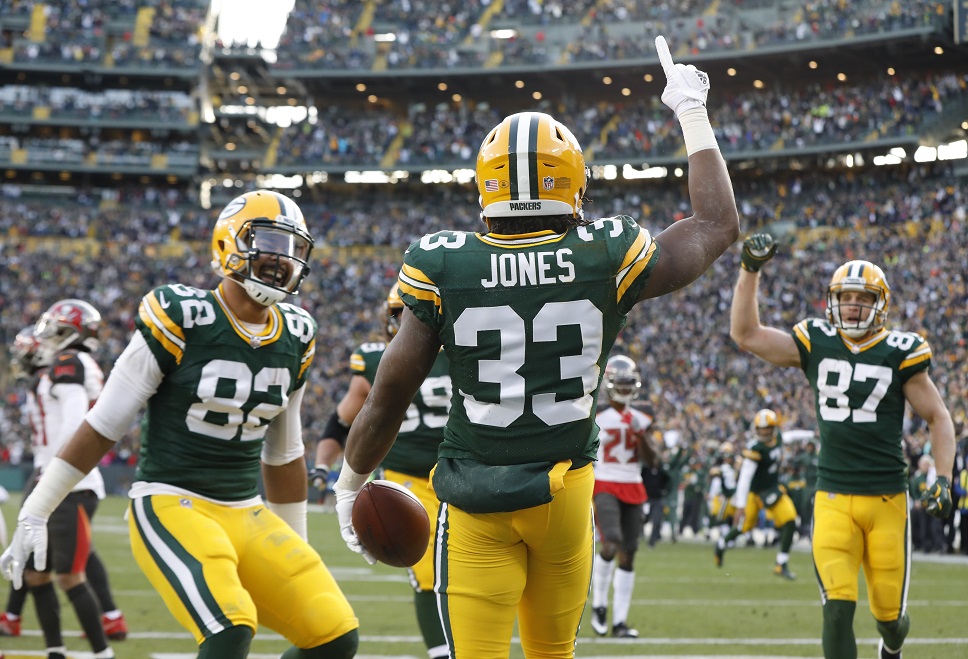 GREEN BAY, Wis. (AP) — The NFL has suspended Green Bay Packers running back Aaron Jones for the first two games of the 2018 season without pay for violating the league’s substance abuse policy.

Jones will miss the season opener against the Chicago Bears on Sept. 9 and the Week 2 matchup against the Minnesota Vikings, with both games at Lambeau Field.

He will be eligible to return to the roster on Sept. 17, the day after the Vikings game.

The case was resolved in February with Jones pleading no contest to the first charge. He was ordered to pay more than $1,000 in court costs, and his license was revoked for six months. The other two counts were dismissed.

The Packers cited confidentiality in declining comment. A representative for Jones referred to the player’s apology in November.

“I owe an apology to my family, teammates, coaches, the fans and the Packers organization,” Jones told reporters on Nov. 21. “I made a mistake, and I take full responsibility for it. And it won’t happen again.”

Jones can take part in all preseason practices and games. Players must report to Packers training camp on July 25.

Jones was second on the team in rushing last season with 448 yards and four touchdowns on 81 carries. Fellow rookie Jamaal Williams had a team-high 556 yards and four scores on 153 carries, giving coach Mike McCarthy a young but promising one-two punch in the backfield.

The Packers still have Williams returning at running back along with Ty Montgomery, who was limited to eight games last season because of

0
0   0
previous Column: For Tiger Woods, many introductions are in order
next La Crosse fireworks postponed until Thursday
Related Posts