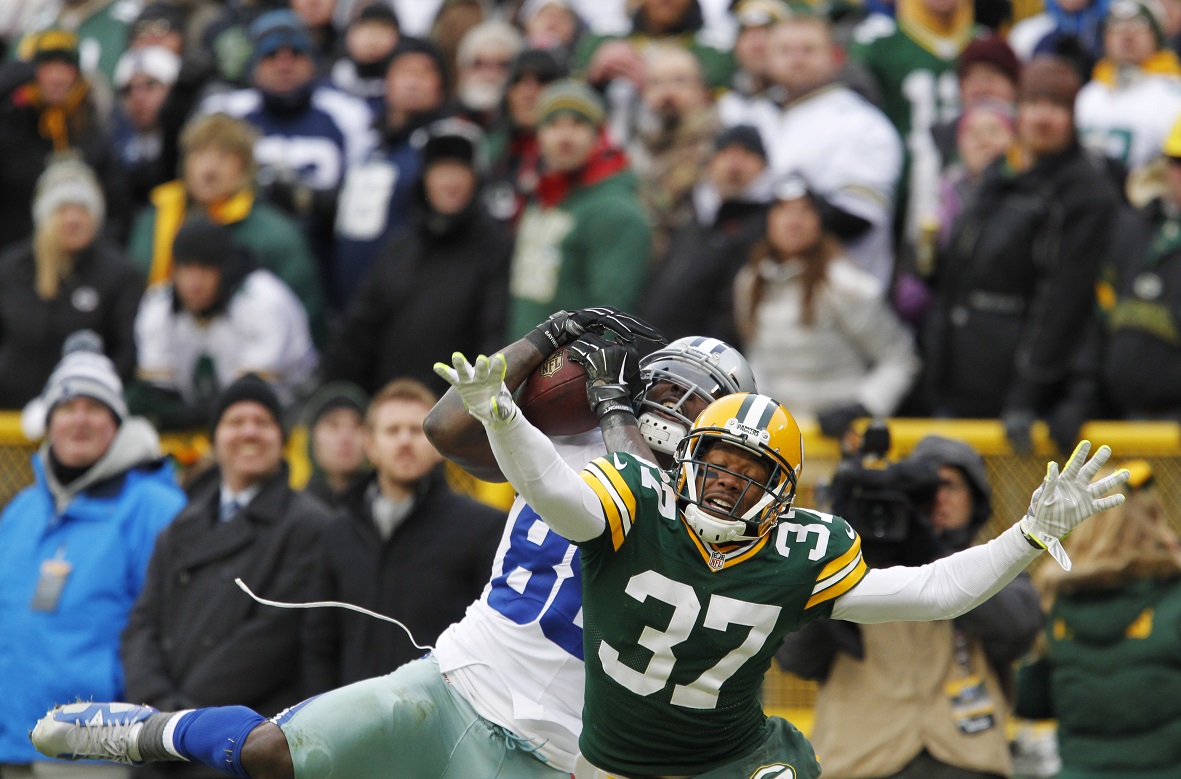 Cowboys stress numbers over No. 1 at receiver without Bryant

Cowboys stress numbers over No. 1 at receiver without Bryant

FRISCO, Texas (AP) — Cole Beasley doesn’t need a lot of prodding to bring up how much he thinks outsiders will overlook Dallas receivers now that the Cowboys have moved on from Dez Bryant.

The new dean of the group sees opportunity rather than uncertainty at a position that lacks a big name, and the history of big production that usually goes with it.

Dallas isn’t necessarily looking for a new No. 1 receiver while also trying to replace 15-year tight end Jason Witten, who retired as the franchise leader in catches and yards. Headlined by holdovers Beasley and Terrance Williams and newcomers Allen Hurns and Tavon Austin, the Cowboys think their strength could be in numbers — and matchups.

“They’re giving everybody an opportunity to do everything,” said Beasley, who is going into his seventh season. “This is the most open it’s ever been since I’ve been here as far as who’s where. That makes it a lot of fun. And it’s exciting to see what everybody can do.”

The Cowboys cut Bryant , the club’s career leader with 73 touchdowns receiving, in a cost-cutting move after three subpar years under the big contract he signed after his only All-Pro season in 2014.

The thing is, Bryant’s replacements are coming off subpar years as well.

Beasley’s catches and yards fell by more than half from career highs in 2016. Williams didn’t have a touchdown for the first time in his five seasons, and became an off-field concern with an arrestin a public intoxication case.

Hurns, a free agent addition going into his fifth season, didn’t reach 500 yards in either of his two years in Jacksonville since the only 1,000-yard season among the 12 receivers that Dallas currently plans to take to training camp late next month.

Austin, a bust as the eighth overall pick in 2013 by the Rams when they were still in St. Louis, was mostly a spectator for the most dramatic turnaround in the NFL last year. The Los Angeles Rams took the NFC West at 11-5 with the franchise’s first winning season since 2003. The Cowboys traded for him during the draft.

“We’re all coming off years that we’re not so proud of,” said Hurns, who also has the only double-digit touchdown season in the group with 10 in 2015, when he had 1,031 yards. “We’ve all got that motivation to come in and do well. What people talk about, it just adds fuel to the fire. But that’s not our pure motivation.”

Hurns didn’t want to overlook the rookies in a group with something to prove, and there are two to watch. Michael Gallup was the first receiver the Cowboys have drafted post-Bryant — a third-rounder out of Colorado State. Dallas took Cedrick Wilson from Boise State in the sixth round.

It’s likely to be a while before practice is any indication of how the receivers might line up for the opener Sept. 9 at Carolina. For one thing, Williams wasn’t on the field during offseason practices because he broke his right foot in January and had surgery.

Nearly everyone has had first-team work with quarterback Dak Prescott and running back Ezekiel Elliott, the only sure things at the skill positions on offense right now for the Cowboys.

“There’s a big hole,” Gallup said. “There’s a lot of open space in there. It just opens your eyes if you’re a rookie, honestly. You can come in here and potentially start Day 1. That role is something that everybody wants to go get. That’s what we’re trying to do.”

There’s a new coach to go with all those new receivers as well. Sanjay Lal replaced Derek Dooley as part of an overhaul of coach Jason Garrett’s staff.

“I’m excited to see how it shakes out,” Lal said. “I couldn’t tell you who the six or five or however many we keep are going to be, and that’s exciting to me. And for them it should be exciting. Gives you all the motivation you need.”

Prescott planned to get together with the receivers during the break between minicamp and training camp. The third-year QB envisioned a gathering away from Dallas, working out in the morning and hanging out in the afternoon.

Looking for a bounce-back himself after the Cowboys missed the playoffs a year after he was the NFL Offensive Rookie of the Year for the NFC East champs, Prescott won’t be trying to force the ball to a No. 1 receiver. That happened at times with Bryant.

Prescott will have plenty of motivated targets.

“I think last season was a good thing for all of us,” Beasley said. “It added like a hunger to our group. A lot of people pushed us to the side this offseason and they’re sleeping on us, but that gives us a chance to prove a lot of people wrong.”