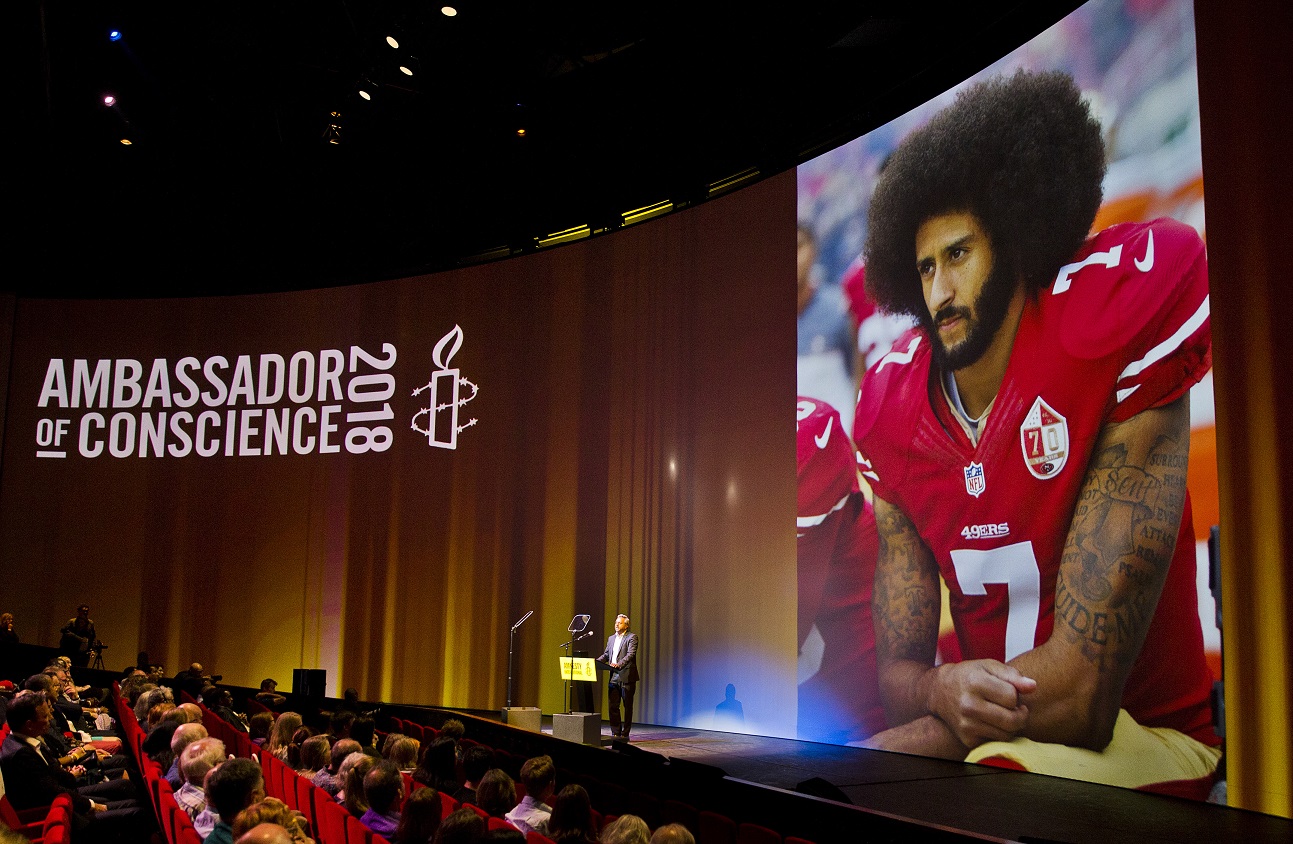 RENTON, Wash. (AP) — Pete Carroll said Monday the Seattle Seahawks have not closed the door on the possibility of adding Colin Kaepernick to their roster, but how much further they pursue it may depend on the upcoming NFL draft.

“We’re still battling on all fronts, on all guys. We’re still looking at guys and evaluating. There are still free agents we’re looking at and in that the process just continues,” Carroll said. “We’ve gone through the information gathering and we have a pretty good feel for where we are. It’s ongoing. We’re not done with that decision at all.”

Reports surfaced earlier this month that Seattle pulled out of a planned workout for Kaepernick, who has been without an NFL team since the end of the 2016 season. Seattle has been one of the few teams to show any interest in Kaepernick following his protests during the national anthem in the 2016 season with San Francisco.

Carroll said the reports of what happened with the intended workout were “blown up.”

The day after those reports, the Seahawks signed quarterback Stephen Morris. They also have backup QB Austin Davis on the roster, signed this offseason.

Meanwhile, Kaepernick took time out from his activism to honor one of his fiercest defenders — his mother Teresa.

Kaepernick was the first celebrity announced for VH1′s second annual “Dear Mama: A Love Letter to Moms,” to air May 7.

Teresa Kaepernick has been a strong supporter of her son, and even had choice words for President Donald Trump when he criticized the kneeling protests.

Whether Seattle revisits Kaepernick may be answered during this week’s draft and if the Seahawks invest a draft pick in a quarterback for the first time since selecting Russell Wilson in the 2012 draft.

Chancellor suffered a neck injury midway through last season that put his career in doubt. Schneider said Chancellor will have a “scan” in late June or early July to determine his status going forward. It could be as much a contract issue as anything else with Chancellor, who signed a three-year extension with $25 million guaranteed before the start of last season.

Meanwhile, the status of McDowell remains murky. McDowell, Seattle’s initial draft pick in the second round of last year’s draft, was injured in an ATV accident last summer and has not taken part in any football-related activities since. Carroll said the team has received no indication on McDowell’s ability to even rejoin the team at this point, let alone play football.

“There is a lot of stuff we can’t get into. It’s a really unfortunate situation on both sides,” Schneider said.

The only diagnosis the team has provided regarding McDowell is that he suffered a severe concussion and facial injuries in the ATV accident.

“We haven’t had a good update in a long time,” Carroll said.