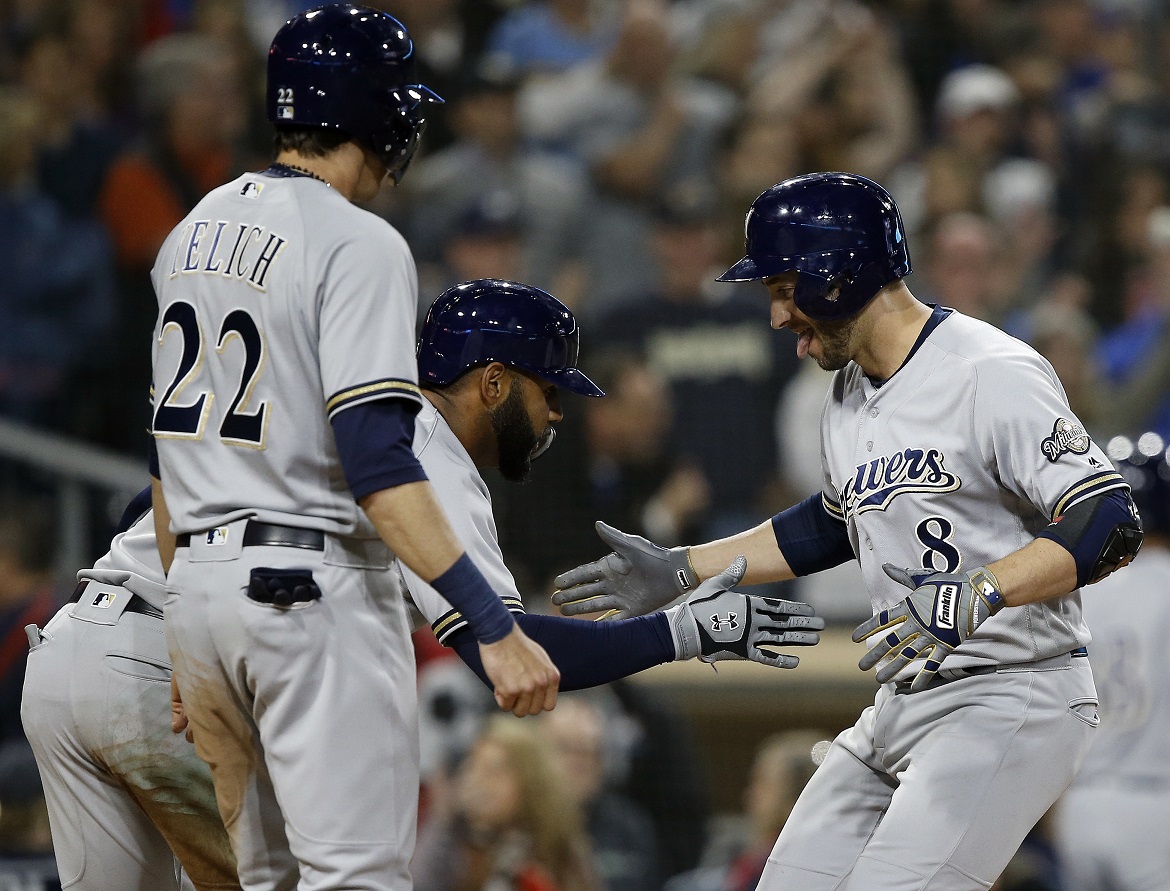 MILWAUKEE — Three games into the season and the Milwaukee Brewers are on pace to go 162-0, as they take on St. Louis in their home-opener today.

All kidding aside, however, the Brewers newest toys in the outfield have certainly contributed to the hot start.

Free-agent signee Lorenzo Cain is batting .571 with three stolen bases and three doubles. He has yet to strike out in 14 at-bats, while teammate Christian Yelich, acquired in a trade, is hitting .500. The two are a combined 15-for-28 with four doubles, two walks, six RBI and seven runs scored.

The Brewers have just one home run, but it was something every kid has conjured up in their head at some point in life. Bottom of ninth. Two outs. 0-2 count. Bases loaded and down three.

OK, Braun only had two runners and Milwaukee was down two, but the rest was the same when he took all-star closer Brad Hand deep to cap off a five-run ninth inning for an 8-6 win over San Diego.

Oddly enough, before that game, Brewers general manager David Stearns had to step on the Braun-for-Matt Kemp trade rumors.

“You guys know my policy, I don’t like commenting on this type of stuff,” he said. “But given that I don’t want this to be any sort of distraction, I’ll say when I first read it, I thought maybe someone was making an early April Fools’ joke. There’s nothing to it.”

Milwaukee looks to stay undefeated today against division rival St. Louis (1-2). Zach Davies takes the mound for the Brewers. The righty is coming off a team-leading 17 wins last year (17-9). He had a 3.90 ERA last year but his home-away splits are night and day.