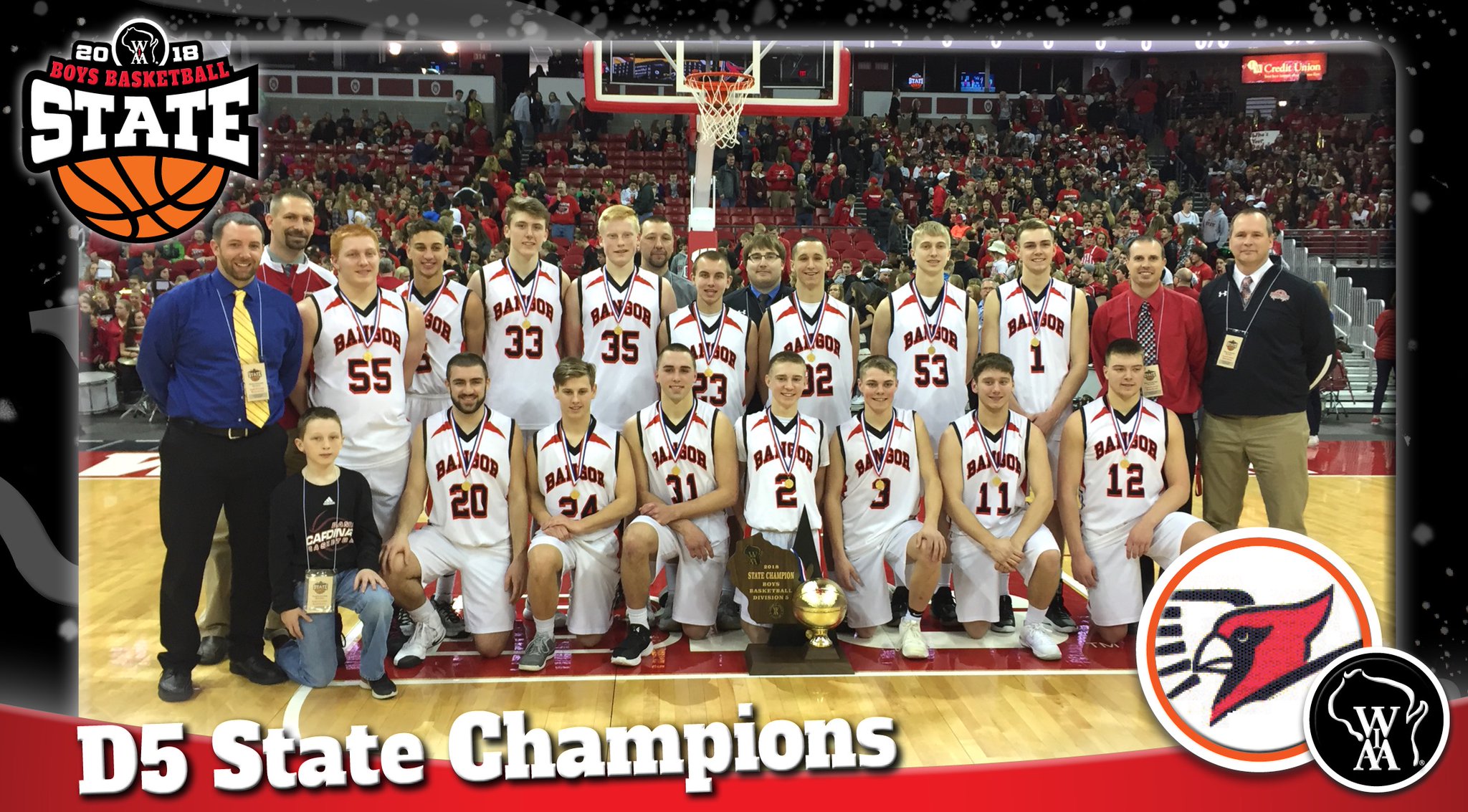 MADISON — It hadn’t even been to the state tournament since 1936.

Saturday, however, the Bangor High School boys basketball team leaves, not just with a state championship, but it made and became all kinds of history.

The win always caps back-to-back weekends in taking state titles, as the girls accomplished that feat last weekend. Only six other times in state history had the boys and girls team from the same Wisconsin high school won state, since girls began playing in the tournament in 1976, and it hadn’t been done since 1991.

The win also marks just the second time in WIAA history a football and boys basketball team has won from the same high school.

And, of course, it’s never happened in WIAA history, where the boys and girls basketball teams, along with the football team, have all won state. No pressure on Bangor’s spring season.

Capping off the history, Bangor senior Luke Reader set a state tournament record with 11 assists. The Cardinals had 22 assists on 34 field goals in the win. Reader finished the game with nine points (4-of-14 shooting), four steals and seven turnovers.

Caleb Miedema put on a show for the Cardinals. The guard scored 25 points, going 7-for-14 from the field, 3-for-6 from beyond the arc. He also hit 8 of 10 free throws.

The Cardinals held McDonnell (18-11) to just 26.5 percent shooting in the first half and won the rebounding battle 47-27. Bangor had a ridiculous 21 offensive rebounds and won second-chance points 21-7 and points in the paint 52-22.