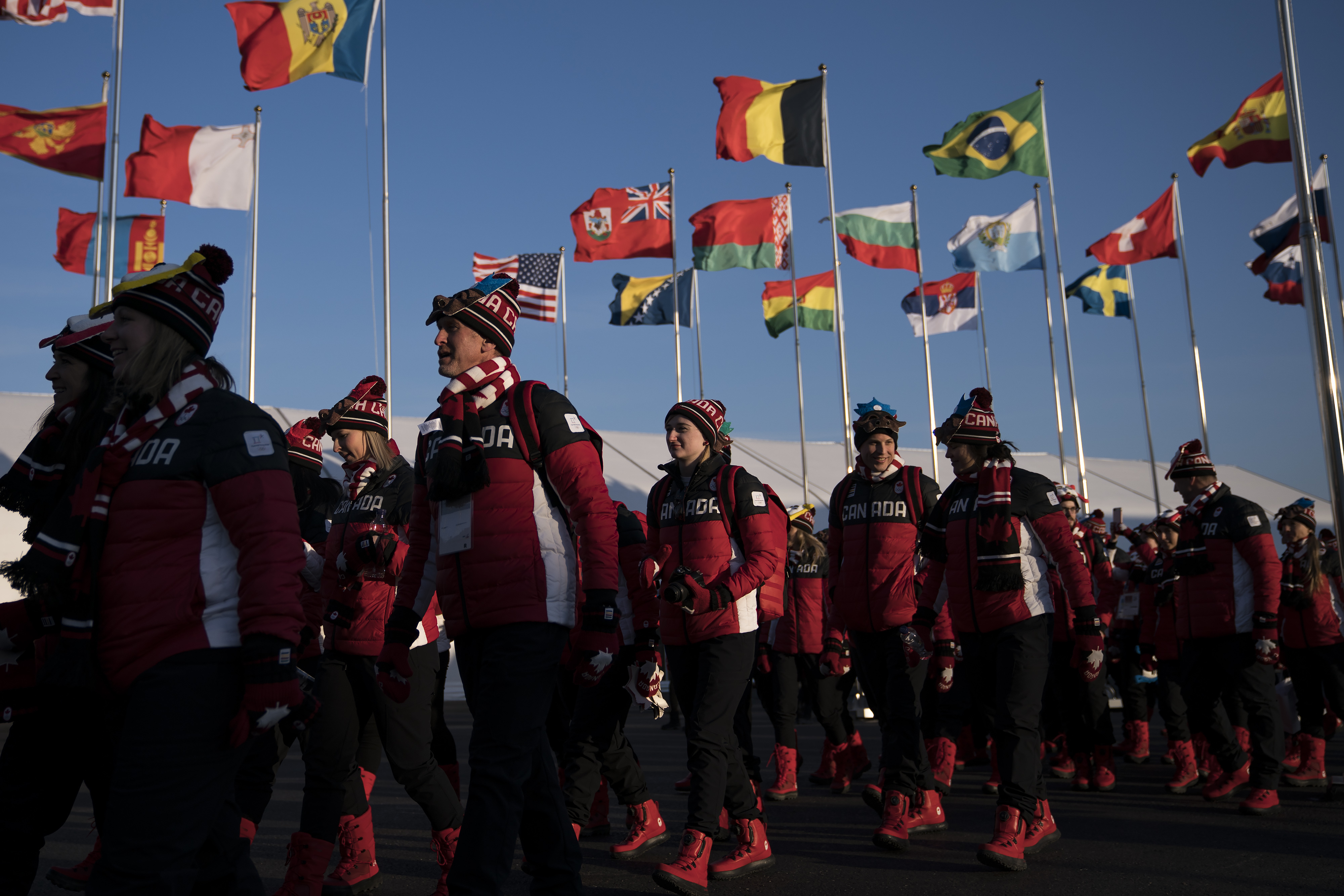 PYEONGCHANG, South Korea (AP) — From volunteers to support staff to the joint Korea women’s hockey team, people from many cultures bid farewell to each other and to the 2018 Winter Olympics on Monday as a swath of the eastern Korean Peninsula readied itself for something novel: relative normalcy.

Seven years after a successful Olympic bid that changed its people and its landscape forever, Pyeongchang exhaled.

“Farewell! Bye bye! Gamsahamnida!” volunteers using the Korean word for “thank you” shouted to departing buses in Gangneung, the coastal city near Pyeongchang where many events were held.

Workers yanked down paper signs by the hundreds and busloads of Olympians, journalists and support workers rolled toward train stations and highways Monday in the aftermath of a Winter Games that was as political as it was athletic.

International Olympic Committee President Thomas Bach echoed that sentiment in the closing ceremony Sunday night, saying that the centerpiece political event of the games — a joint Koreas team marching together and, in some cases, competing together was a beacon for a troubled world.

“With your joint march you have shared your faith in a peaceful future with all of us,” Bach said. “You have shown our sport brings people together in our very fragile world. You have shown how sport builds bridges.”

The Korean women’s hockey team did that for sure.

Thrown together a just few weeks before the games, players from North and South were thrust together to make a go of it. With the help of their Canadian coach, they came together as a competent, if not particularly effective, team that captured the attention of many Olympics watchers.

Along the way, they developed what they uniformly say was camaraderie, and even great affection. On Monday morning, at the athletes’ village, they said their goodbyes with tears and extended hands.

“I feel really strange,” said South Korean hockey player Choi Ji-yeon. “I told them to take care and not get sick and meet again later.”

She added: “If they were people whom we can continue to keep in touch and meet again, then I would feel better, but I might never be able to meet them again.”

Their governmental counterparts were showing signs of communication as well. The detente achieved through the Olympic connections between North and South Korea fits the longtime goals of the South’s president, Moon Jae-in, who has advocated engagement with Kim Jong Un’s Pyongyang regime.

That happened at the opening and closing ceremonies, both with U.S. representatives looking on from nearby — Vice President Mike Pence for the opening, first daughter and presidential adviser Ivanka Trump for the closing Sunday night.

U.S. President Donald Trump’s administration, a patron of South Korea and a loud opponent of the North’s nuclear program, is watching the contacts closely, particularly after South Korea’s presidential office said during the closing ceremony that the North was willing to hold talks with the United States.

“We will see if Pyongyang’s message today, that it is willing to hold talks, represents the first steps along the path to denuclearization,” she said. “In the meantime, the United States and the world must continue to make clear that North Korea’s nuclear and missile programs are a dead end.”

North Korea’s official news agency, KCNA, known for its invective toward the United States and the Seoul government, has been playing it low key when it comes to these Olympics. On Monday, it issued a synopsis of the games that was notable for its anodyne tone.

“When the players of the north and south of Korea participating in the 23rd Winter Olympics and other players and agents of different countries and region from across the world entered the stadium, the spectators welcomed them with applause,” it practically whispered.

Contrast that with this dispatch hours earlier about the United States: “We will never have face-to-face talks with them even after 100 years or 200 years. This is neither an empty talk nor any threat. The U.S. will have to pay dearly for stupid and wild vituperation.”

Twelve hours later, news of its willingness to talk emerged from Seoul.

As for the Olympics and the attention and people they bring to this relatively remote plateau of northeastern South Korea, it’s not quite finished yet. The Paralympic Games, held immediately after the Olympics using the same facilities, will be staged from March 9 to 18, albeit with a lower profile and attendance.

But for a few days, at least, with traffic cones down and most Olympic checkpoints removed, Pyeongchang can take a breather as the eyes of the world shift somewhere else.