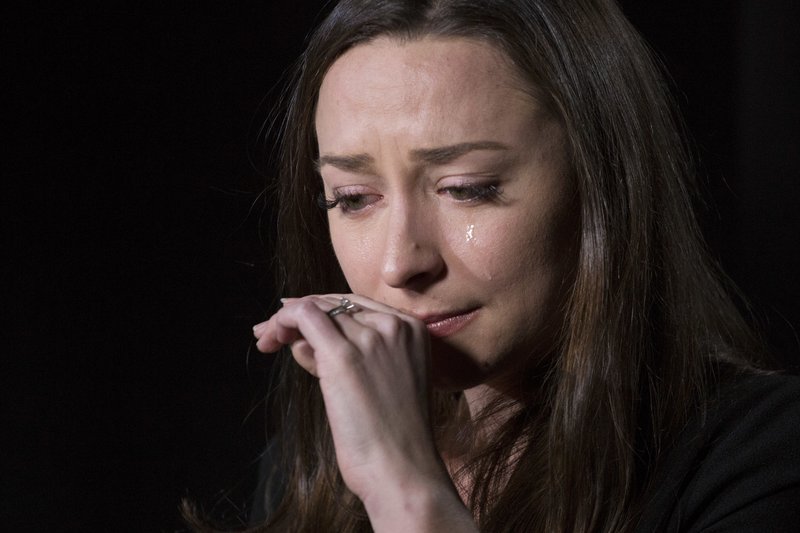 Olympic swimmer says she wants to save others from sex abuse

Olympic swimmer says she wants to save others from sex abuse

NEW YORK (AP) — Olympic swimmer Ariana Kukors said in an emotional interview Monday that her former coach “stole so much” from her in the decade she alleges he sexually abused her starting when she was a minor.

Kukors, 28, told The Associated Press that she can’t get the time back but she can speak out so others recognize the signs of people grooming others for abuse or similar misconduct.

“If I save one person who’s currently being groomed. If I have a dialogue with one parent about something that they think is alarming with their child and their coach. If I could do that, this is worth it — as painful as it is,” Kukors said through tears in New York.

Kukors alleges Sean Hutchison, who began coaching her at a swim club near Seattle, groomed her for sexual abuse when she was 13, started touching and kissing her when she was 16 and engaging in sexual activity when she was 17. The Seattle-area native also told authorities that he took thousands of sexually explicit photos of her as a minor.

Hutchison, 46, a former Olympic assistant coach, has denied the allegations and has not been charged with a crime. Federal and local investigators searched his Seattle apartment last week for computers and other devices.

“At no time did I ever abuse Ariana Kukors or do anything with her that was not consensual,” he said in a statement last week. “I absolutely deny having any sexual or romantic relationship with her before she was old enough to legally make those decisions for herself. Prior to that time, I did nothing to ‘groom’ her.”

Hutchison said the two were in a relationship after the 2012 Olympics, when she was 23 and he was 41.

Kukors, the 2009 world champion in the 200-meter individual medley who placed fifth in that event at the 2012 Games, said Monday that someone who began forming a relationship with her when she was 13 could not possibly say it was consensual.

She has described “an extensive, abusive and incredibly manipulative relationship” that spanned a decade. “Somebody manipulating and taking control and power and ownership of you is wrong,” she said.

In a roughly 20-minute interview, Kukors described her long process of healing, the overwhelming support she has received since she went public last week and her desire to help educate others about potential abuse.

She declined to say what USA Swimming officials or others should have done differently and what policy changes she hoped to see, saying she doesn’t have the emotional capacity for that yet.

USA Swimming, the national governing body for swimming, hired a private investigator to look into rumors of a relationship between her and Hutchison in 2010. The organization said it closed the investigation without finding any misconduct after the two and others denied the relationship.

Some have criticized the investigation as insufficient. It followed other sex abuse scandals in the sport that led to lifetime bans.

Kukors said she lied when a private investigator called her to ask about her interaction with Hutchinson because she was scared. “When I think back on it now, the truth wasn’t an option,” she said.

USA Swimming said last week that Kukors’ public statement was the first time it learned of the underage abuse allegations and that “our hearts go out to Ariana and the difficulty she has gone through to reach this point of disclosure.”

An organization spokeswoman did not immediately return an email and call seeking comment Monday.

Kukors, who is now married and credits her husband for helping her through the ordeal, said she hoped to underscore the way predators gain the trust of victims who don’t know what’s happening to them.

Through that process, Hutchison also gained the trust of her parents so they looked at him as a figure of authority they trusted, she said.

“Everyone in our community praised him for the work that he was doing,” Kukors said.

She said she hopes in time to have a dialogue so people understand that “it’s not appropriate for a coach to be alone in a hotel room behind closed doors with their athlete, no matter how good they are, no matter what path they’re on. It’s completely inappropriate. And I hope that because of that we’re just more aware.”

0
0   0
previous Trump has a tweet for everything, but none yet for Olympics
next ‘New generation of Nigerians’ marks Olympic bobsled debut
Related Posts