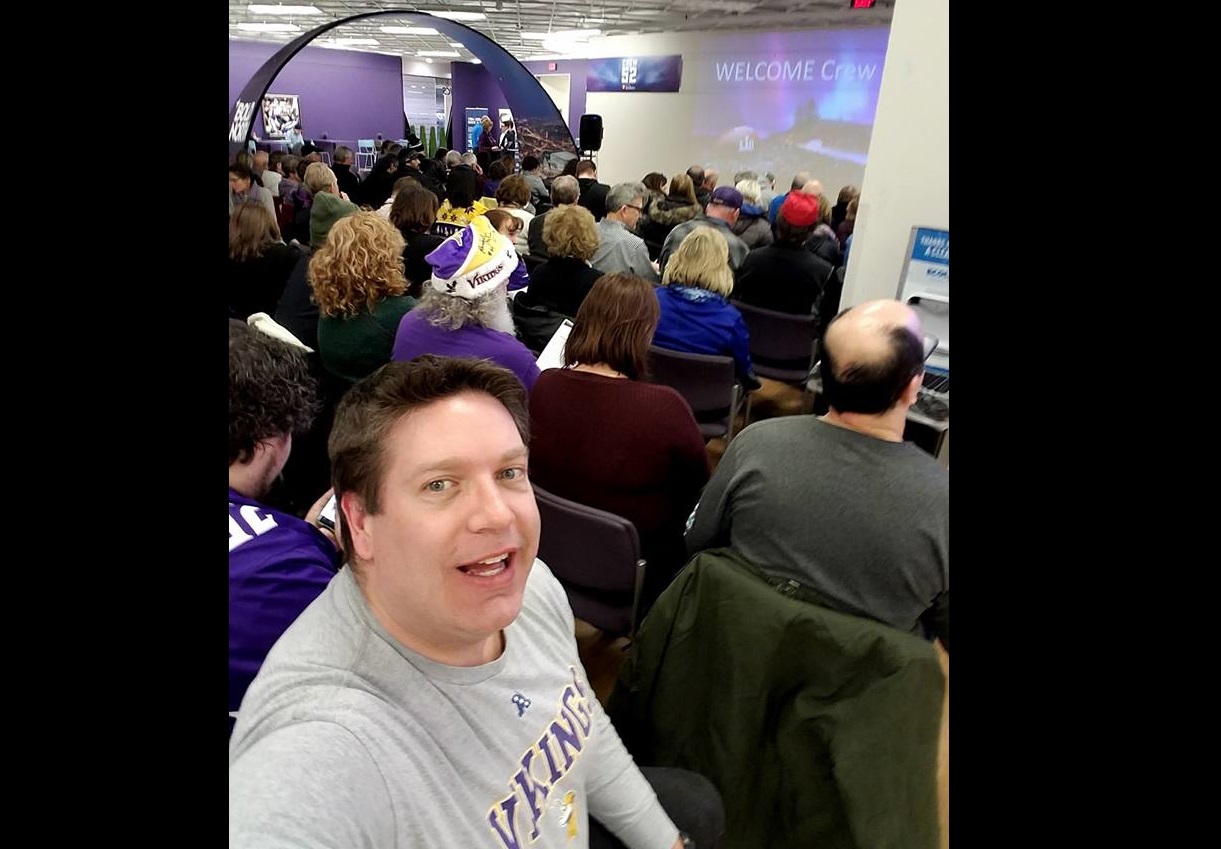 One of our Mid-West Family Broadcasting’s own is among Crew 52 on hand to help out with the crowds at the Super Bowl in Minneapolis.

Today, Tony Schultz joins 10,000 other volunteers ready to help host the big event. The volunteers named, aptly enough, Crew 52 for Super Bowl 52. They’re just there to host, keep an eye on things and, if a situation happens to call for Schultz to utilize his training as an EMT, so be it.

“It wasn’t something where they were looking, specifically, for — EMTs but obviously, when I mentioned I was one, they were like, ‘Oh, good.’” Schultz said.

The Houston, Minn., native is a die hard Minnesota fan and he says there are no ill feelings toward Philadelphia Eagles fans. Those fans were notoriously abusive during the Vikings’ pasting at the hand of the Eagles two weeks ago during the NFC championship game.

“Everybody’s got bad fans,” Schultz said. “I’m sure the fans coming from Philadelphia are going to be some really good fans.”

As for what went into Schultz and the other volunteers getting involved, just some pretty basic concepts in training for the event.

“How to be a good host, number one,” Schultz said. “Make sure you’re nice. Make sure you’re paying attention — you’re not looking at your phone, when you really should be helping people. That kind of thing.”

There was, however, also much more serious training involving looking out for troublemakers and keeping an eye out for any signs of sex trafficking.

Although the volunteers won’t be paid, they will get to keep all the swag that comes with the gig — gloves, hat, coat and everything else has an estimated value of over $200.

You can hear Schultz on just about every station at Mid-West Family, but most of the time, he’s on air in the KQ98 studio.

0
0   0
previous Remember that one time when the Vikings scored a TD and did a curling celebration?
next Frigid Super Bowl raises questions about northern venues
Related Posts