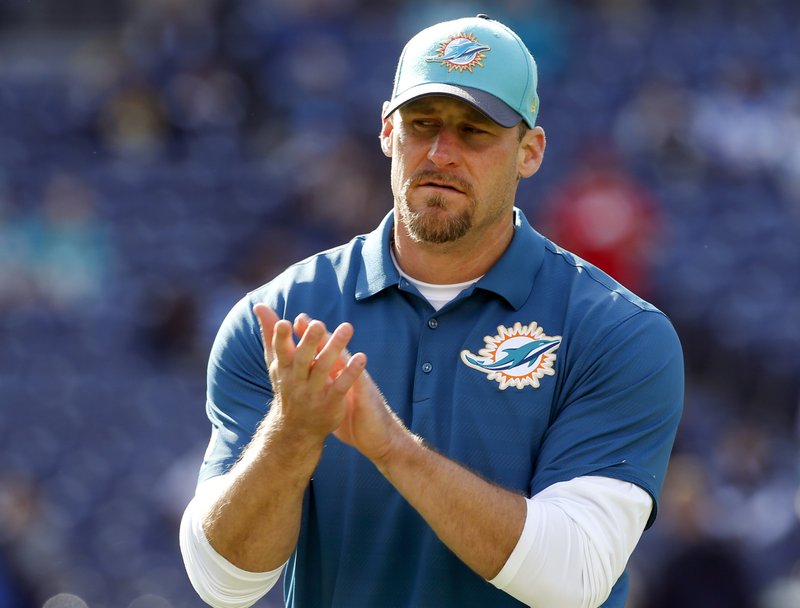 GREEN BAY, Wis. (AP) — A familiar face on offense and a fresh voice on defense headline the changes to Green Bay Packers coach Mike McCarthy’s revamped staff in the wake of the team’s first losing season since 2008.

Joe Philbin, a Packers assistant from 2003 until 2012, was hired Wednesday as offensive coordinator, a job he held for his final five seasons before being named the Miami Dolphins’ head coach in January 2012. On defense, the Packers tabbed Mike Pettine, the ex-Cleveland Browns head coach who built successful defenses with the New York Jets and Buffalo Bills but was largely out of football the last two years, serving as a consultant with the Seattle Seahawks in 2017.

It’s all part of a staff overhaul that was the biggest of McCarthy’s tenure as he enters his 13th season as head coach.

“It’s like Year 1,” McCarthy said in introducing the new staff. “Not only is the defense building a new playbook, so are we on the offense. We’re tightening that approach. And it’s been great. You have new input, you have new experiences that are in the room. You have a different way of saying the same thing. It’s been exciting. The energy is over the top.”

The changes come on the heels of a 7-9 season in which two-time NFL MVP quarterback Aaron Rodgers missed 10 games with a broken right collarbone. It marked the end of an eight-year streak of playoff appearances – the longest in franchise history – and led to defensive coordinator Dom Capers, offensive coordinator Edgar Bennett and multiple position coaches being let go.

This is the first time McCarthy has changed both the offense and defensive coordinator in the same year. The seven new staffers are the most since Capers and an almost entirely new defensive staff arrived in 2009.

For Philbin, returning to the Packers was a matter of timing. On Jan. 8, 2012, his 21-year-old son, Michael, drowned in the icy Fox River near the University of Wisconsin-Oshkosh campus.

“It’s very, very emotional for all of us,” Philbin said of returning to Green Bay, roughly an hour north of where his son’s body was found. “But we care and love a lot of people here, and a lot of people care about and love us. So it’s not easy, but this is what’s so special about Green Bay. Ultimately you want to contribute, you want to help people you care about and want to be with. At the end of the day, that I feel very good about when I put my head down at night.”

In Pettine, the Packers have a coordinator whose defenses have never finished out of the top 10. And after going 10-22 in two seasons in Cleveland, Pettine made it clear he is not taking the job so he can become a head coach again.

The Packers have not had a top-flight defense since 2010, when they last won the Super Bowl.

0
0   0
previous It's official, Danica Patrick and Aaron Rodgers sitting in a tree
next Brett Favre headed back to Super Bowl, per request of Eagles coach and former teammate
Related Posts