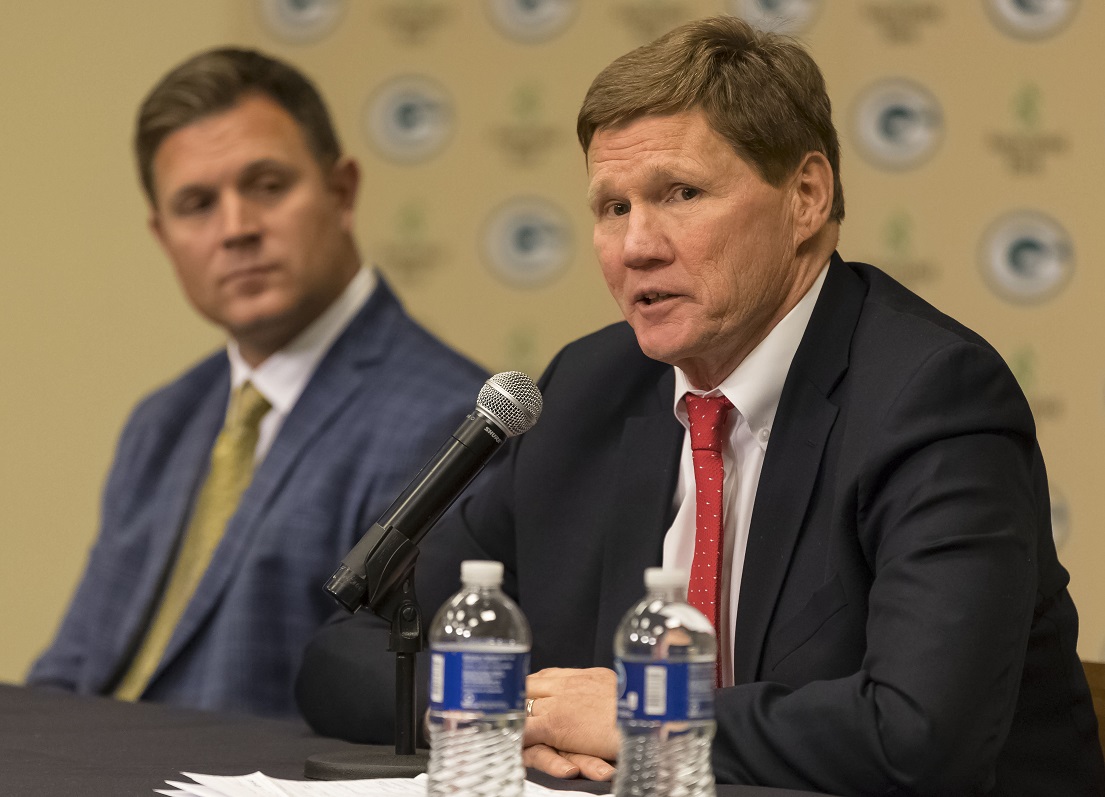 GREEN BAY, Wis. (AP) — The son of a college football coach, Brian Gutekunst has an idea of the kind of scrutiny that he’ll receive as the new general manager of the Green Bay Packers.

Gutekunst watched his father, John Gutekunst, take heat during six-plus seasons at the University of Minnesota that ended in 1991. The new GM has heard the criticism that predecessor Ted Thompson took from some fans for a conservative approach to free agency.

The football lifer is ready for the pressure that comes with the job.

“My mom was reading in the paper some nice comments about me. I go, ’Yeah, wait ‘til we lose,’” the 44-year old Gutekunst joked this week.

His task is to build a roster that restores the Packers’ status as a Super Bowl contender following the team’s first losing season since 2008.

Promoted from player personnel director, Gutekunst had a hand in helping Thompson shape the rosters for an organization that just had its streak of eight straight postseason appearances snapped. The Packers won the Super Bowl in the 2010 season during Thompson’s 13-year tenure.

Thompson moved to a senior adviser role in the front office two days after the season ended with a 35-11 loss at Detroit.

“I’ve grown up in football all my life and my dad went through some times at the University of Minnesota where it wasn’t very good and they weren’t saying very good things,” Gutekunst said. “The one thing I learned about that, usually (for) the guy in the chair it’s not as hard to take. You worry about your family.”

Added Gutekunst: “To me, for the guys who work here, you just expect it. … You have to keep moving forward.”

It is what Gutekunst has done in the game since playing college football for two seasons at Wisconsin-La Crosse. He served as an assistant coach for his final two seasons after a shoulder injury ended his playing career. Gutekunst coached the linebackers when La Crosse capped an undefeated season with the Division III national title in 1995.

That year, Gutekunst got his first taste of the pros after assisting in New Orleans Saints training camp in 1995. He was a summer scouting intern for Green Bay in 1997 and a scouting assistant for the Kansas City Chiefs the next year before returning to the Packers full time as a scout late in 1998.

Gutekunst didn’t follow his father’s advice to stay out of football entirely.

“I think looking back at it right now, the coaching business is so volatile, and moving your family every two to three years is a tough deal,” he said. “We’ve had a lot of stability here, and I feel very thankful for that, for me and my family.”

The Packers plan to stick with a “draft-and-develop” philosophy as the roster-building foundation, though Gutekunst has also indicated he might be more open to making additions through trades and free agency as well.

He is already starting to differentiate himself in another noticeable way.

The first transaction under the new regime was the signing of a relatively unknown running back, first-year player Joel Bouagnon out of Northern Illinois. The accompanying post on Twitter included a picture of a smiling Gutekunst next to Bouagnon.

Thompson was notoriously media-shy. Coach Mike McCarthy was often left with the task of answering questions about high-profile topics that might be more appropriate for a GM, such as when outspoken tight end Martellus Bennett was waived at midseason.

“I don’t think the new GM could do less than Ted did,” team president Mark Murphy joked last week. “There (are) some positives that come from it, but obviously there’s some downsides … Ted saw some of the downside and decided not to be overly involved.”

According to Gutekunst, one of the first pieces of advice that Thompson offered after getting the job on Sunday was to smile more at his first press conference.

John Gutekunst told his son to be humble, and to make sure that he takes care of his staff.

“Now, you know, on Mondays after watching our game,” the younger Gutekunst said, “he’ll tell me some other things.”