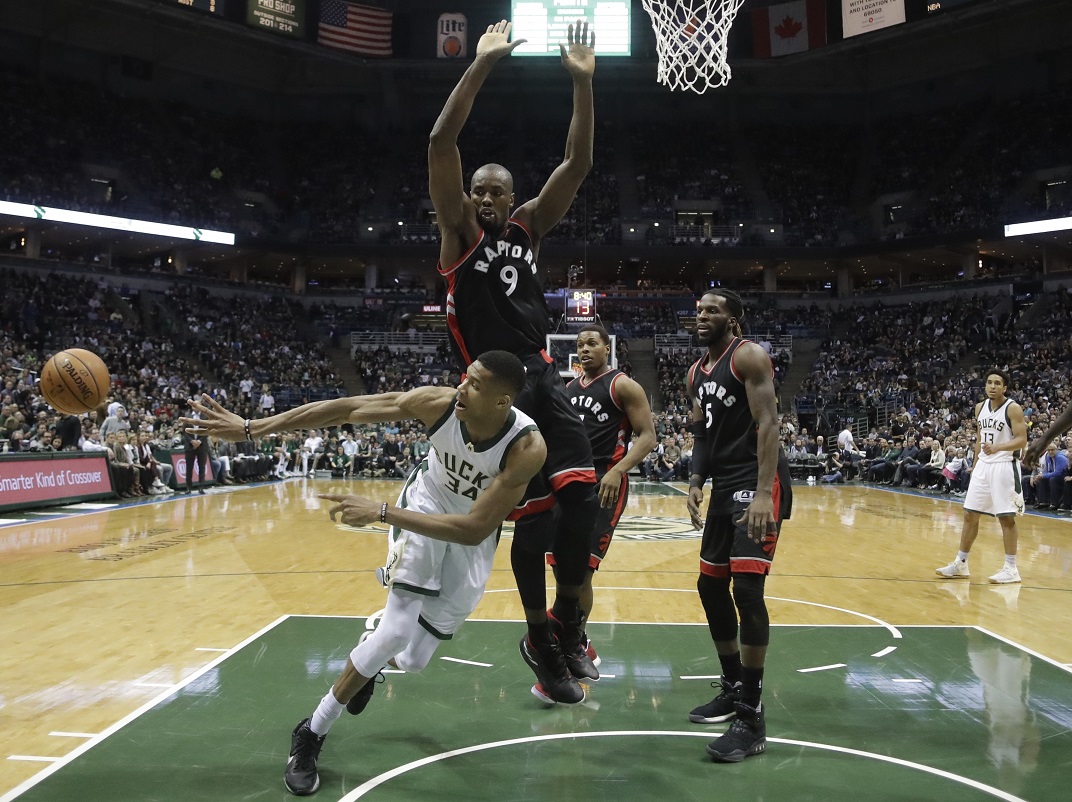 DeRozan goes for 52 in OT win over Bucks

DeRozan goes for 52 in OT win over Bucks

DeRozan scored a career-high and franchise-record 52 in a 131-127 Toronto Raptors win over the Milwaukee Bucks.

DeRozan is the third player in Raptors history to score 50 or more in a single game, ahead of Vince Carter and Terrence Ross, who each had 51.

“I for sure wanted to beat T-Ross,” DeRozan joked about eclipsing his former teammate.

DeRozan scored the first nine points of the game and had 21 in the opening quarter. He finished 17 of 29 from the field, including five 3-pointers, and 13-for-13 from the line.

Bledsoe had 29, going 5-for-9 from beyond the arc. He had seven rebounds, four steals, three assists and five turnovers. Giannis Antetokounmpo scored 26 on 9-of-18 shooting to go with nine rebounds, seven assists and no turnovers.

The best of Giannis in tonight's matchup against Toronto:

Kyle Lowry had 26 points and Serge Ibaka added 11 for the Raptors, who have won 12 consecutive games and also 12 in a row at home. Toronto is an NBA-best 14-1 at the Air Canada Center.

DeRozan made a pair of free throws to tie the game 114-114 with 37 seconds left in regulation, and Toronto got the ball right back when Lowry stripped Matthew Dellavedova, who had 10 assists off the bench.

The Bucks had 3.2 seconds to try to win it. With DeRozan defending him, Malcolm Brogdon couldn’t get a shot off before the buzzer sounded, sending it to overtime.

Here are the highlights:

Full game highlights of tonight's matchup against the Raptors. pic.twitter.com/640DJtKb2w