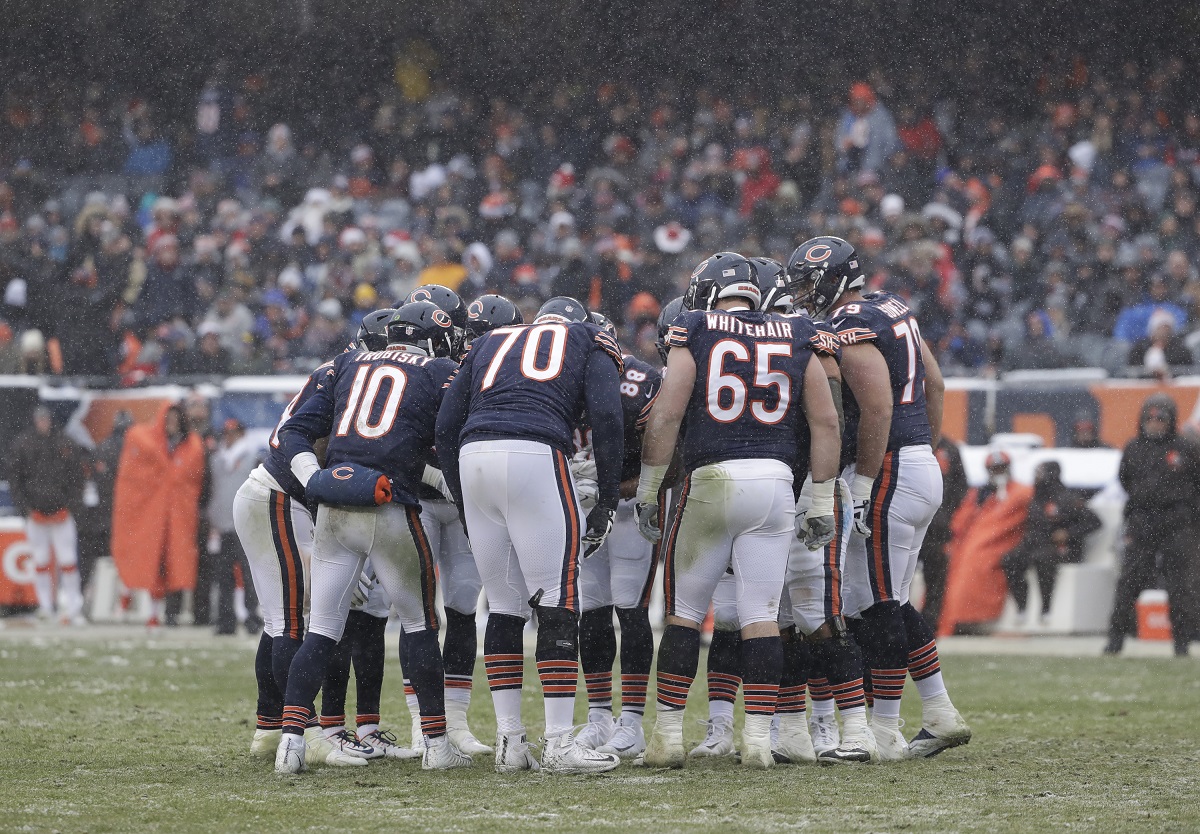 CHICAGO (AP) — Most of the snow was cleared by the time Mitchell Trubisky plowed in on a draw for a 4-yard touchdown.

That didn’t stop him and two teammates from making snow angels.

The Chicago Bears got a rare chance to celebrate with a 20-3 victory over the Cleveland Browns in Sunday’s home finale, and they weren’t about to let it pass even if they were facing a winless team.

“It was fun to play in the snow,” Trubisky said. “I took my glove off early cause it slipped out of my hand. So it was just better in the snow to go with bare hands. Hroniss (Grasu) did a great job of the snaps under center and shotgun and that’s a crucial part of the game. Take care of the football, staying on schedule and helping our defense get off the field. Just get a complete team win.”

There certainly hasn’t been much fun for the Bears (5-10) in a season where they hoped to take a step forward.

They will try to end it on a strong note at Minnesota, where the Vikings will be attempting to secure a first-round playoff bye to go with their NFC North championship.

The final game of the season could also be John Fox’s final game as Bears coach. With a 14-33 record and one of the lowest winning percentages in franchise history, he could be on his way out after three seasons.

The Bears would probably bring in an offensive-minded coach to help develop Trubisky, the No. 2 pick in the draft. But the more immediate issue is simply finishing strong.

Chicago is wrapping up a fourth straight losing season and fifth in a row without a winning record. Fans are continuing to tune out, with 17,539 no-shows and just 41,257 in attendance to watch the Bears beat the Browns.

Those who went to the game saw Chicago pull away for a rather lopsided victory after dropping six of seven. If the Bears manage to beat Minnesota, they would end the season by winning three of four.

It would also give them a win over a team hoping for a playoff run unlike the two teams they beat recently — Cincinnati and Cleveland with a loss at Detroit in between.

“It’s just going out, having fun, and just doing what we love to do,” receiver Josh Bellamy said. “Everything’s not always going to be perfect. I’ve never seen a team that’s just gone undefeated every year. We’re just trying to build something here and keep it going. Hopefully this will lead into next year; building confidence and building each other up.”

The Bears were helped by some sloppy play by Cleveland, whether it was DeShone Kizer hitting an open Kyle Fuller in stride in the end zone or Carl Nassib lining up offside. One breakdown resulted in an interception, the other wiped out Myles Garrett’s apparent interception return for a touchdown.

But there were also some strong performances by Chicago.

Fuller continued a comeback season in a contract year with his second interception of the season and six passes defensed. He missed last season because of a knee injury.

“That’s as good a game by a corner that I’ve seen since I’ve been here,” Fox said. “My hat’s off to him because last year was a very frustrating year, especially for him being injured.”

Trubisky threw for 193 yards and ran for 44 while playing turnover-free ball after throwing a career-high three interceptions against Detroit.

The Cleveland-area product completed 14 of 23 passes, many of them screens to offset the Browns’ blitz.

“He played with poise,” Bellamy said. “He played great. He always plays like that. When you just let him take the wheel, when you let him do his thing, he’s a playmaker.

“He’s an athlete. You can see what he can do with his legs. He can run the ball, he can throw the ball, he’s a great quarterback. He’ll be real good.”