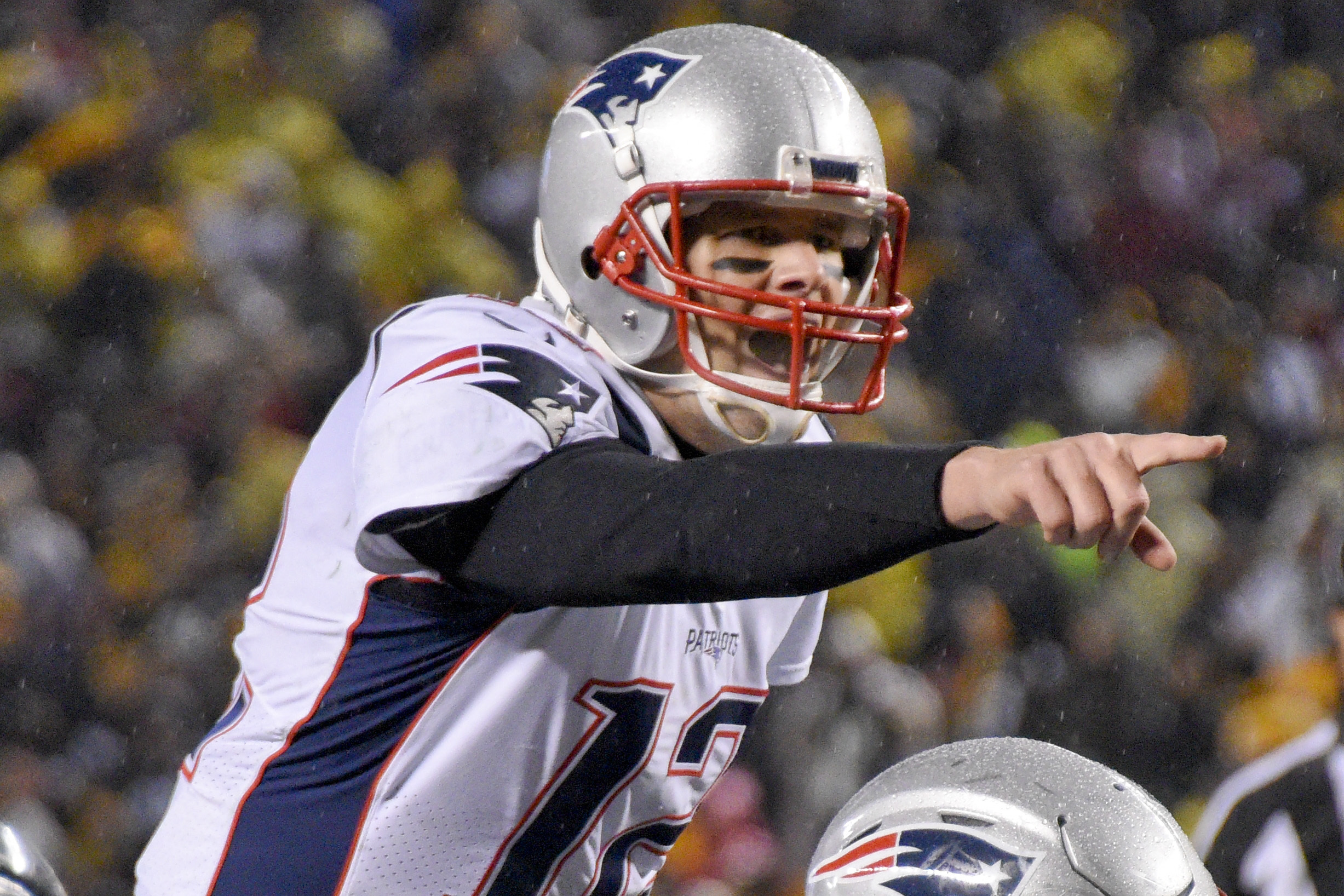 There is little doubt the QB any NFL coach or player would want leading the way to win a big game right now is Tom Brady.

So it makes sense he was a nearly unanimous choice as the No. 1 quarterback in the league by an Associated Press panel.

Brady received nine of 11 first-place votes and was second on the other ballots for a total of 108 out of a possible 110 points in the rankings released Friday.

“Brady isn’t just No. 1 on this list of active players. He’s probably No. 1 on a list of all-time QBs that you’d want to start a game that you needed to win,” said the AP’s Dennis Waszak Jr., based in New York. “The likes of Joe Montana, Peyton Manning, Brett Favre and John Elway might have something to say about that, but it’s tough to argue against Brady.”

Still going strong at age 40, the New England Patriots superstar won by an even greater margin than he did back in September, when he was overwhelmingly voted No. 1 in the first of the weekly AP position rankings for this season.

QB is the only position being surveyed twice.

This time, Drew Brees of the New Orleans Saints was the runner-up with 81 points in the voting done by Pro Football Hall of Fame member James Lofton and 10 AP football writers on a 10-points-to-1-point system.

Showing zero signs of slipping, Brady heads into Week 16 with his Patriots at 11-3 and already having clinched a record ninth consecutive AFC East title.

“Nobody is better when the game is on the line,” said the AP’s Teresa M. Walker, based in Nashville, Tennessee.

Brady leads the NFL with 4,163 yards passing, is tied for second with a 104.0 rating, and has an impressive margin of 28 touchdown throws to only seven interceptions.

Brees is tied with Brady in passer rating; the only QB ahead of them is Alex Smith of the Kansas City Chiefs, who was named on only one ballot, collecting an eighth-place vote.

Aaron Rodgers of the Green Bay Packers finished third with 75 points and one No. 1 vote, followed by Ben Roethlisberger of the Pittsburgh Steelers with 73 points and the other first-place nod. Russell Wilson of the Seattle Seahawks was No. 5 with 61 points.

Each of those top five has won at least one Super Bowl trophy. Brady, of course, leads the group with five, along with four Super Bowl MVP awards, including last season.

The rest of the top 10, in order: Carson Wentz of the Philadelphia Eagles, Cam Newton of the Carolina Panthers, Jared Goff of the Los Angeles Rams, Philip Rivers of the Los Angeles Chargers, and Matt Ryan of the Atlanta Falcons, who was the NFL MVP last season.

This season’s initial QB ranking by the AP was much tighter at the top: Brady had eight first-place votes and 107 points, while Rodgers took the other three No. 1s and was second overall at 94 points, with Brees at No. 3.

Rodgers’ slip was due to his health issues: He went back on injured reserve this week after returning for one game following a two-month absence with a broken collarbone.

“Rodgers may be the most talented quarterback in the league,” said San Francisco-based AP writer Josh Dubow.

Other players whose standing might have been affected by season-ending injuries were Wentz and Houston Texans rookie Deshaun Watson, who appeared on only two ballots.

This time, a total of 19 quarterbacks received at least one vote, including Colin Kaepernick, who was 10th on the ballot of Rob Maaddi, who is based in Philadelphia. Kaepernick played in a Super Bowl for the San Francisco 49ers, but is not in the league this season after initiating the national anthem kneeling and sitting during last preseason.

“Matthew Stafford has 26 fourth-quarter comebacks but no playoff wins. Matt Ryan is Matty Ice but couldn’t protect a 25-point lead in the Super Bowl. Andrew Luck’s health is too iffy to trust him to win the annual family Turkey Bowl,” Maaddi said. “I take Kaepernick because he’s won big games and he can do it with his arm or legs.”

0
0   0
previous USE CAUTION: The ice is thin, but they are catching fish
next Packers miss playoffs, Green Bay residents go crazy at Lambeau Field
Related Posts