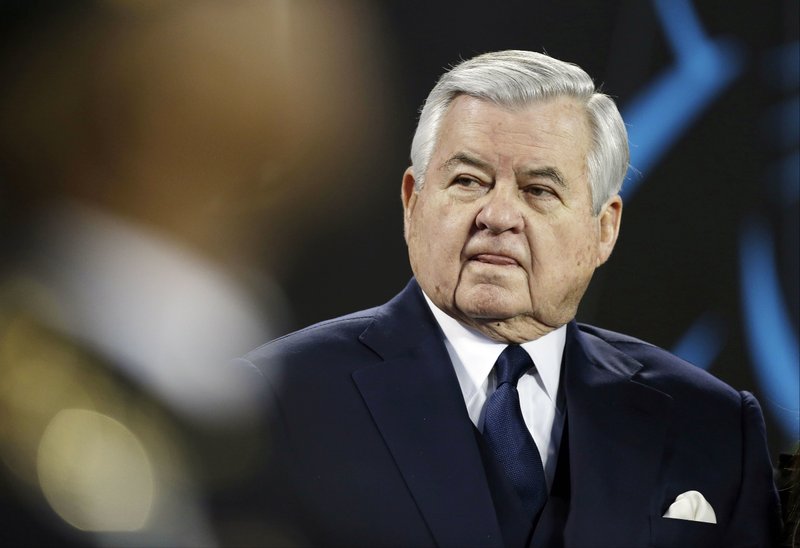 Richardson is under investigation by the NFL for sexual and racial misconduct in the workplace and announced Sunday that he’s selling the team just hours after a Sports Illustrated report detailed his alleged misconduct.

The NFL has not commented on the ongoing investigation.

Newton said Richardson met with him and other team captains at Bank of America Stadium Sunday night — hours after Carolina’s 31-24 win over the Green Bay Packers — to inform them he would be putting the team up for sale after the season.

The QB says while he disagrees with any type of sexual misconduct, he has immense respect for Richardson based on their 7 ½-year relationship.

“Everything that I heard were allegations and nothing was actually proven,” Newton said. “It’s another person’s words against another person’s words. Needless to say I still think extremely highly of Mr. Richardson. I don’t know none of the sources names that have come out, so I am reaching to find it. But I take sexual assault extremely seriously — and I don’t want to offend anyone — but having a lot of allegations thrown at a person, I don’t think that is really fair.”

The Sports Illustrated story cited unnamed sources who said Richardson made sexually suggestive comments to women and on at least one occasion directed a racial slur at an African-American Panthers scout. The report states that the settlements came with non-disclosure requirements to at least four former employees forbidding the parties from discussing the details.

“Were there things done? Yeah, there were some things done,” Newton said. “But needless to say just speaking with the captains and forming our own opinion — we are all entitled to our own opinion — and until things are actually become facts, that is when you can start making clear judgments.”

Newton compared how allegations are being levied against Richardson to his experience of nearly being suspended from playing in the 2011 SEC championship at Auburn for something he said he didn’t do: requesting money in a pay-for-play deal at Mississippi State prior to joining the Tigers.

The NCAA suspended Newton for a day, then overturned that suspension.

“I almost got suspended just off an allegation,” Newton said. “It’s still something that somebody said. When I went through my allegations it was all false.”

Newton didn’t want Richardson to sell the team, but said it was obvious in their meeting that the 81-year-old owner was not going to change his mind.

The quarterback also believes when the team is sold that the new owners should not consider relocating the franchise.

Newton said if in fact the team is sold he wouldn’t mind seeing rapper Diddy buy the team.

“I have always looked to Puff Daddy, Diddy, whatever you want to call him,” Newton said. “For that to even be mentioned, that is cool in itself.”

Newton said the team is handling the distractions well as it prepares for Sunday’s game against Tampa Bay. The Panthers (10-4) can wrap up a playoff spot with a victory, but still need to help to catch the New Orleans Saints for the NFC South championship.

“I heard an analogy — the calmest part of the tornado is right in the middle,” Newton said.