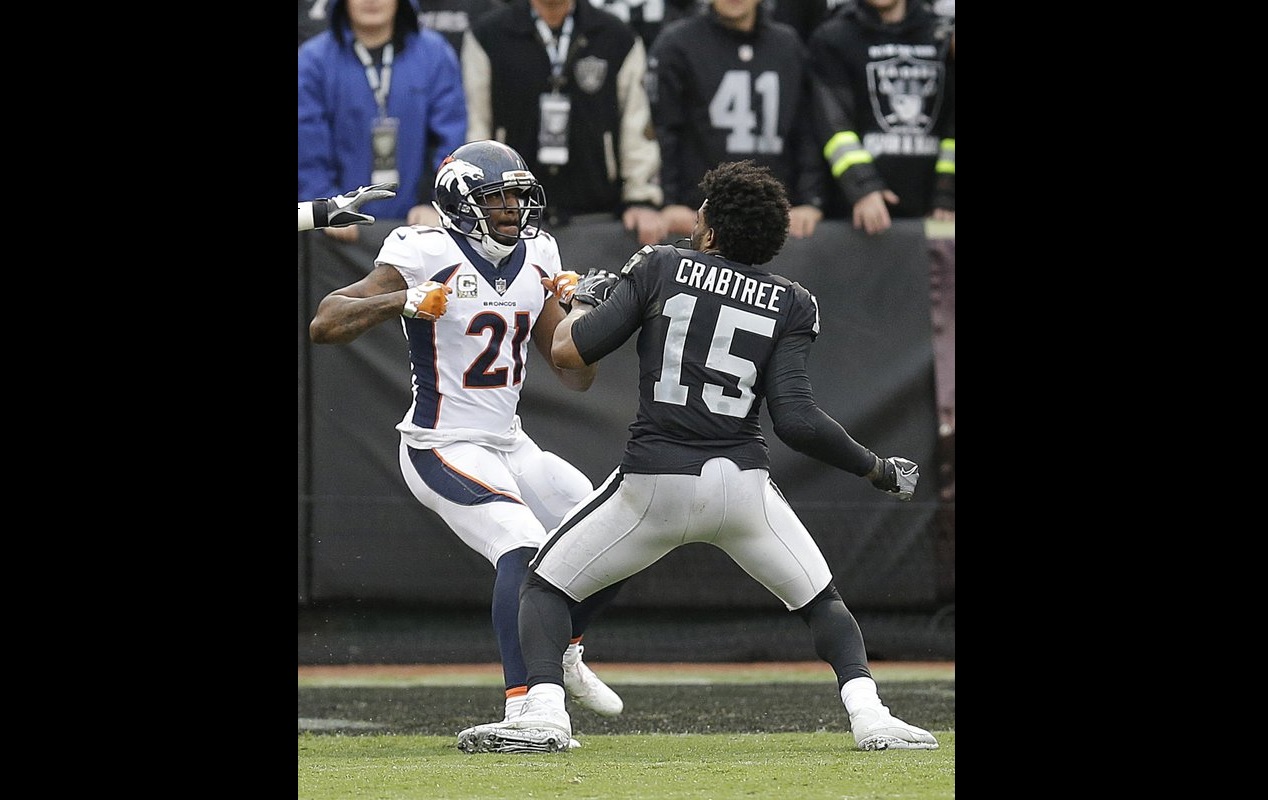 1-on-1, play after play, NFL CBs and WRs can get on nerves

1-on-1, play after play, NFL CBs and WRs can get on nerves

When the Jalen Ramsey vs. A.J. Green, and Aqib Talib vs. Michael Crabtree in-game tussles played out, Pro Football Hall of Fame defensive back Ronnie Lott thought back to advice he received decades ago, before his San Francisco 49ers faced the Dallas Cowboys.

“A buddy of mine, Dennis Thurman, who played for the Cowboys, called me up before we played them and said, ‘Do not get into a talking match with (receivers) Butch Johnson or Drew Pearson.’ So I didn’t. He was like, ‘Stay focused on the game,'” Lott said. “I’m sure that some coach or somebody said, ‘Don’t get caught up in that’ to the guys involved in things this season.

“Whatever the coaches said didn’t work.”

Seems conflicts between cornerbacks and wideouts are simply unavoidable. It is a unique dynamic in NFL games week after week: On play after play, they match up 1-on-1, with plenty of grabbing and shoving and, yes, yapping mixed in. The tension escalates, especially if one is really outplaying the other.

“It can be like an Ali-Frazier moment,” said Lott, a cornerback and safety from 1981-94. “My rookie year, I remember having confrontations. They could be around the biggest or the littlest thing.”

Broncos cornerback Talib and Raiders receiver Crabtree served one-week suspensions after getting into a fight during a game — a reprise of their skirmish last season. Both times, Talib ripped a gold chain off Crabtree’s neck. In another much-discussed episode, Jacksonville’s Ramsey and Cincinnati’s Green were ejected after a clash that looked straight out of a wrestling ring.

“There’s a lot of passion and emotions out of those two positions. It happens a lot in training camp and things like that, same deal,” Minnesota Vikings receiver Adam Thielen said. “Even when you’re going against your own teammates, it brings a lot of emotion out of you, especially when you’re a competitor and you don’t like to lose.”

The two episodes this season brought to mind other high-profile dustups. Josh Norman vs. Odell Beckham Jr. Or Andre Johnson vs. Cortland Finnegan.

These spats are at least in part a result of what Redskins cornerback Norman describes as a world of constant chatter, gamesmanship and one-upmanship.

He was a Panthers cornerback in 2015 when he engaged in a violent back-and-forth with Giants receiver Beckham.

Norman sees these CB vs. WR flare-ups through the prism of his job, which he says is made harder by the NFL’s anti-defense rules and officiating.

“They don’t want defenders to be successful. And (fans) don’t want a guy to stop their man that they put in fantasy football. When we do, we’re the ‘worst ever.’ We’re ‘trash.’ But if we let someone catch the ball, we’re ‘trash,’ too. It’s ridiculous,” Norman said. “We can’t win as defensive backs. It’s not set up for us to. But when we do win, and there is that little success that we have for ourselves, then we need to show it. Like, ‘Look! Take that!'”

Players on both sides of the ball say the physical and mental back-and-forth both contribute to bad feelings.

“There’s a lot that goes out there on the field that’s behind the scenes,” Raiders cornerback TJ Carrie said. “You really don’t pay attention to it until there’s an altercation.”

Whether it’s a cornerback constantly jamming a receiver off the line, or a run-blocking wideout doing the shoving, those plays add up. That’s aside from when a receiver isn’t getting his catches, or even his targets. Or a DB keeps giving up gains.

It all can lead to frustration — and lashing out.

He knows some defenders will “try to add unnecessary brutality to the game,” he said, and there’s no way to avoid that.

But when it comes to trash talk, Fitzgerald said: “I’m not about that. If you call out my name, I’m not even going to acknowledge you. I just walk away.”

Certainly, these conflicts happen at other positions.

“We are kind of out there by ourselves, so when we’re talking or battling, you can really see two guys face to face — as opposed to five vs. five, having the whole O-line and whole D-line there. I don’t know if there’s more confrontation there than a defensive end and a left tackle, for example, but it’s definitely more noticeable when receivers and DBs get to chirpin’, because we’re isolated,” Hall said.

Hall, whose 43 career interceptions lead active players, remembers when he was with the Falcons and faced the division-rival Panthers and now-retired receiver Steve Smith.

“Me and Steve had to be separated a couple of times,” Hall said. “It was always almost to blows. Then, after or before the game, it was all cordial. Just that competitiveness of me and him wanting to beat each other down sparked those intense exchanges.”

As for some of his other past foes?