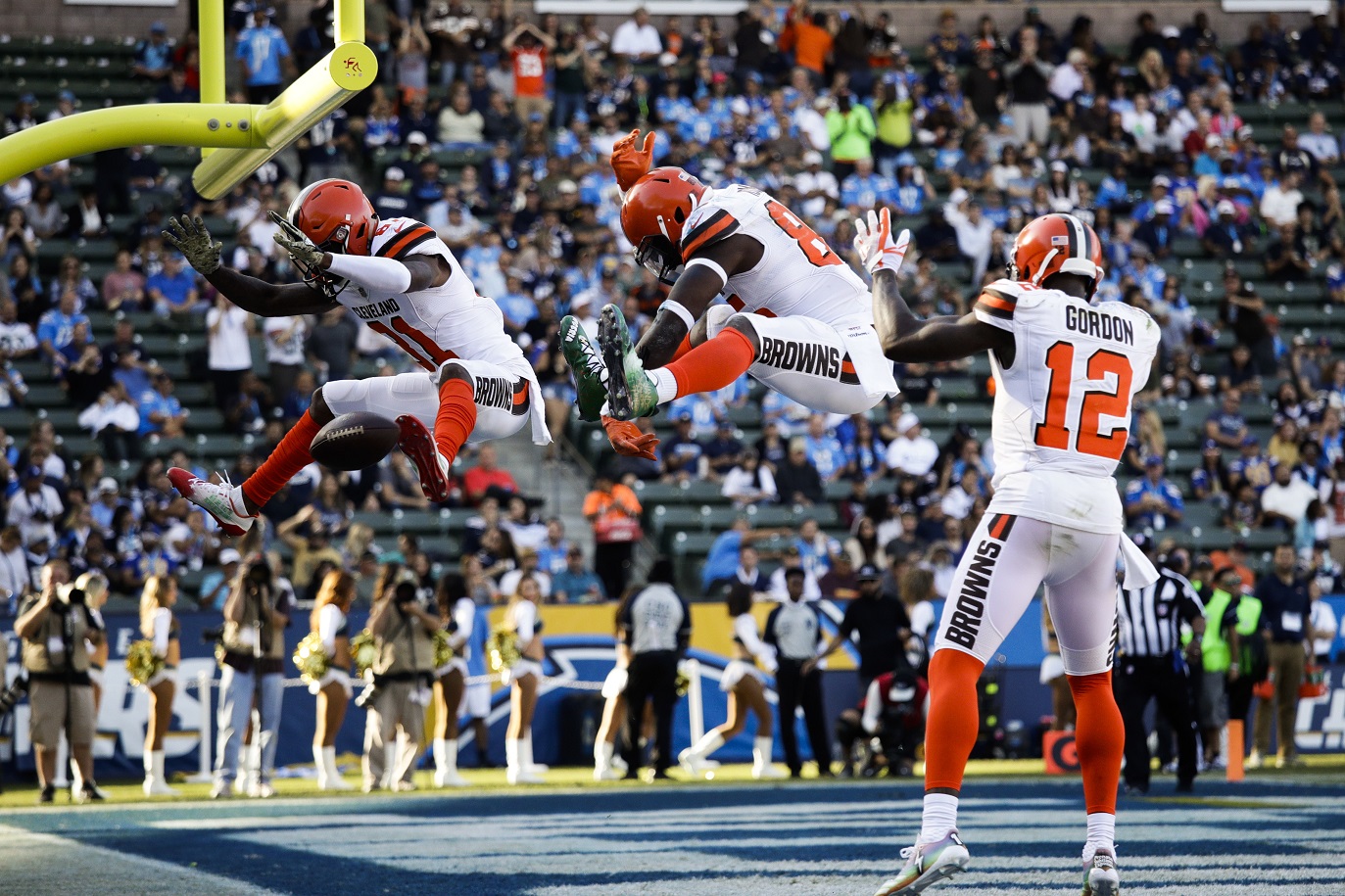 CLEVELAND (AP) — Sashi Brown brought analytics, a bevy of draft picks and some stability to the Cleveland Browns.

In the end, losing mattered most.

With the Browns not winning and still the NFL’s saddest franchise, owners Dee and Jimmy Haslam decided it was time to make yet another change at the top before things got any worse.

Unable to produce more than one win over two seasons, Brown was fired Thursday by the Haslams, who jettisoned their lead football executive but chose to keep coach Hue Jackson around for another season despite a 1-27 record.

In announcing Brown’s firing, which was expected given the team’s sorry state, Jimmy Haslam also said Jackson will return in 2018.

“I appreciate Jimmy saying that,” Jackson said following practice as the Browns (0-12) prepared to host the Green Bay Packers on Sunday. “My focus of coming here to the Cleveland Browns is to coach the football team and help get this organization turned around. I haven’t been able to do that yet. That is something that I think we all want to do — Jimmy and Dee, obviously.

“Hopefully, I am still a part of that, which I am, and hopefully, our players that are here, a year from now, hopefully, we can get this thing to where it needs to be.”

Brown positioned the Browns to be better in the future by acquiring more draft picks, but passing on quarterbacks Carson Wentz and Deshaun Watson the past two years and other questionable decisions with the roster sealed his fate.

“I want this to be real and clear, the way I know Cleveland and Browns fans can appreciate: Our win-loss record since I became executive vice president isn’t going to cut it,” Brown said in a statement released by the team. “We embarked on a mission to rebuild the Browns for long-term, sustainable success. We were committed and aggressive in our approach, even if unorthodox at times. We made dramatic changes and put in place a foundation on which championships can be built.

“Obviously, the Browns have not yet achieved the turnaround we wanted for a franchise and the best fans in the NFL, who deserve it more than any other in sports. I know that turnaround is coming.”

Hours after Brown was let go, the Browns hired former Kansas City executive John Dorsey as their new general manager. Dorsey, who was fired by the Chiefs in June after four seasons, was partially credited with the club’s renaissance.

The Chiefs went 43-21 under Dorsey’s watch and made the postseason three times. He also traded for quarterback Alex Smith in 2013, a move that accelerated Kansas City’s turnaround.

Jackson’s survival would indicate he won a power struggle over Brown, the team’s former legal counsel who had no previous experience running a team.

The football and personnel departments have clashed over roster decisions and the growing tensions — along with the abysmal record — gave Haslam the impetus to make more changes despite promising continuity when the season began.

Jackson didn’t gloat about keeping his job, and he knows he isn’t absolved blame for the Browns’ troubles.

“Sashi is a good person,” Jackson said. “I have enjoyed my time working with him. I’m not naïve enough to understand that could not have been me, just as well. This is a performance-based business, and I get it. This is all I’ve known for the last 17-18 years of my life. I do understand that that arrow is pointing directly at myself. My goal is to move in the direction that helps this organization be the best it can be as we move forward.”

Haslam said he informed Brown “that we were going in a new direction” and pointed to the 2018 draft, when the Browns will have two first-round picks, as “pivotal for our franchise.”

Brown’s firing didn’t cause any uproar among Cleveland’s players, some of whom have been hardened by the constant turnover.

“I’m just trying to digest everything,” said 10-time Pro Bowl tackle Joe Thomas, who was lost for the season with a triceps injury. “I’ve got to think through a lot of things first before I start talking about it. I’m not sure what the firing says about the plan. It’s hard to say if it was a plan issue or a personal issue. I’ve been here through a lot of hirings and firings. Some of them have definitely been more of a personal issue.”

Brown was able to build a nice nest egg for any future general manager or front office. The Browns have two first-round picks in next year’s draft — five in the first two rounds — and the team could have as much as $100 million in salary-cap space to help it rebuild.

Brown was named the team’s top executive by the Haslams during an overhaul following the 2015 season. He gutted Cleveland’s roster, electing not to re-sign some of the team’s own free agents in favor of younger players and acquiring future draft picks.

However, it’s the decisions to pass on Wentz and Watson to fix Cleveland’s decade-long problem at quarterback that will always tarnish his resume.