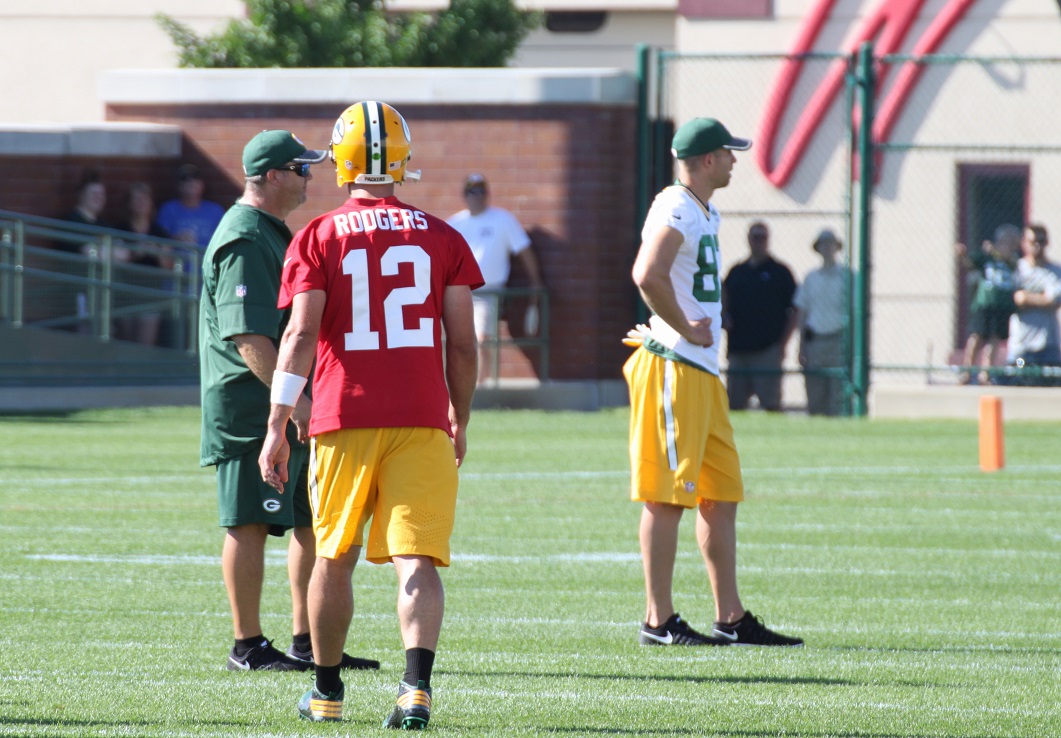 Packers in similar spot a year after “run-the-table” streak

Packers in similar spot a year after “run-the-table” streak

GREEN BAY, Wis. — A bright spot to the rough, five-game stretch that has dropped the Green Bay Packers to a .500 record is that many players in the locker room know what it’s like to dig out of a similar hole.

A year ago, the Packers were 4-6 after 10 games, riding a four-game losing streak before a trip to Pennsylvania for a prime-time matchup against the Eagles.

The 27-13 victory over Philadelphia started a six-game winning streak that carried Green Bay to another NFC North title.

Fast forward to 2017 and the Packers (5-5) have lost four of five — capped by a 23-0 defeat at home to the Baltimore Ravens — going into a night game on Sunday against the surging Pittsburgh Steelers.

The biggest difference this season — the Packers have to start a new streak without injured quarterback Aaron Rodgers.

“At the end of the day, this is its own unique situation,” he added. “I can’t say enough about their work ethic, their prep. But we know it takes a lot more than that to win games.”

First and foremost, they need to limit mistakes on offense with Brett Hundley starting for Rodgers, who is recovering from a broken right collarbone.

The once-potent Packers hit a new low last week against the Ravens with five turnovers. Hundley accounted for three interceptions and a fumble. He was sacked six times.

Green Bay was shut out for the first time in 11 seasons .

“It’s not one thing that’s causing our problems or else we’d have it fixed,” receiver Jordy Nelson said this week . “It’s everyone continuing to grind at it and get better and go out and play to the best of their ability.”

The margin for error is smaller without Rodgers, whose ability to buy time with his scrambling allows Nelson and other receivers to get open when the pocket breaks down.

Hundley, in his third year in the system but going into just his fifth NFL start, lacks the kind of experience and savvy that makes Rodgers so successful.

The confidence in Hundley in the locker room remains high, McCarthy has said. What the Packers haven’t had, at least of yet, is the kind of confidence-building, “run-the-table” statement that Rodgers made the week before the start of the six-game winning streak.

Anyone could make such proclamations. It means more when it comes from the respected Rodgers, especially after the two-time NFL MVP backed it up with perhaps the best stretch of football in his brilliant career.

The challenge for Sunday is to try to spark a similar run in a night game on national television at rowdy Heinz Field.

The offense is down to its third starter at running back because of injuries, and Hundley is coming off his worst game as a starter.

“Obviously not where we anticipated or sought to be at the beginning of the season,” Matthews said.

“But … at 4-6 last year, we obviously overcame a lot to win eight in a row. It’s a little different this year in that respect, but at the same time, we’ve got a great opportunity in front of us.”

NOTES: Matthews, DL Kenny Clark (ankle) and RB Ty Montgomery (ribs) did not participate in practice. Matthews said he might be a game-time decision. “It’s one of those things that we may not want to push it as well and set myself back,” he said. “I can’t give you a realistic answer, but we’ll probably take it up to the game.” … The Packers got good news in the secondary, where CB Kevin King (shoulder) was limited while S Morgan Burnett (groin) was a full participant. Both players missed the Ravens game.